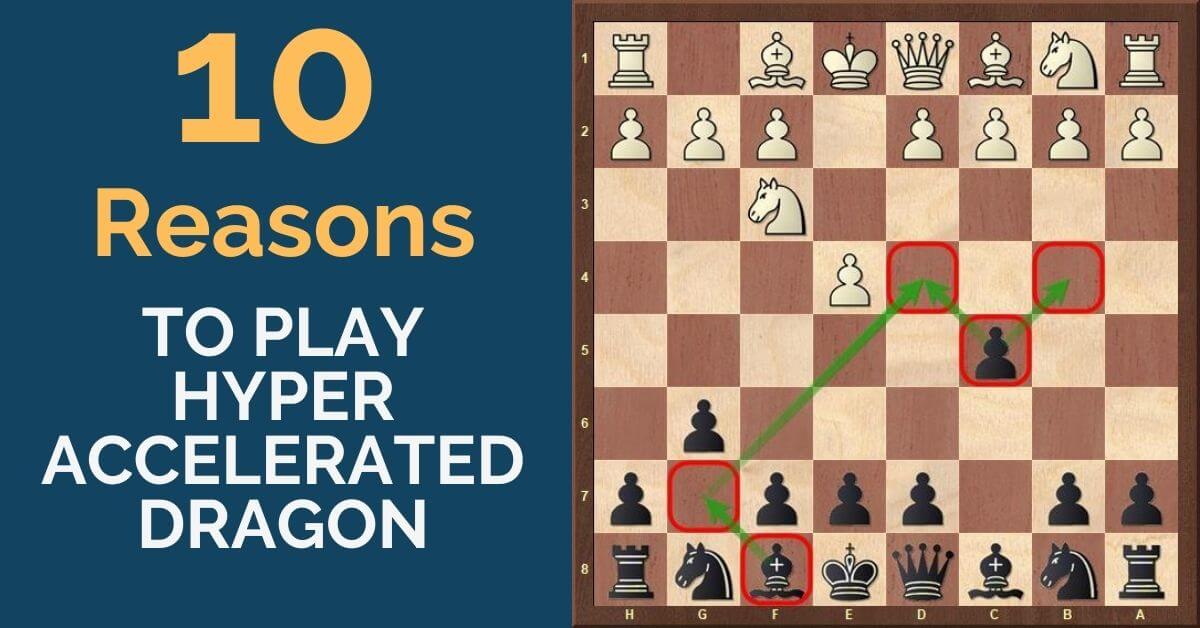 Are you tired of having dull, defensive games as Black? Do you want to take charge of the course of your game?

If so, TCW recommends you to take a look at the Hyper Accelerated Dragon: an aggressive opening for Black that will keep White on his/her feet!

As Black, there are thousands of openings that you could learn and implement into your games, but the Hyper Accelerated Dragon offers a sharp, attacking reply within the Sicilian Defense.

Let’s look at 10 Reasons to Play the Hyper Accelerated Dragon:

Many openings, especially for Black, require deep analysis into scores of middlegame scenarios. However, with the Hyper Accelerated Dragon, you only need to know a few key lines of theory that will help you to win more games.

Also, less theory to learn means that you can focus on getting more comfortable with the core ideas of the opening.

2.Hyper Accelerated Dragon gives you more choices of how to play

Unlike other Black openings, the Hyper Accelerated Dragon gives you more avenues to develop plans of how to play. By this, I mean that you can choose how aggressively or safely you want to play depending on a variety of factors: the ability of your opponent, your playing style, and even the mood you are in!

Because of how dynamic this opening can be, you are sure to maintain a continued interest in this amazing Sicilian Defense.

The Hyper Accelerated Dragon also offers many options of attacking (such as via a5 and d5 pushes, depending on the situation).

3.Hyper Accelerated Dragon allows you to easily simplify in the middlegame

Simplification can be a very important technique for Black against openings that White is naturally more prepared for. After all, White determines the initial course of the game.

The Hyper Accelerated Dragon mediates simplification while maintaining the same attacking ideas (just with less pieces). If you hate having to calculate tons of variations, this variation in the Sicilian Defense might suit your style the best!

The combination of the d5 push and the strength of Black’s dark-squared bishop combine to allow you to immediately take control of the center and give your pieces more space. By doing this, you automatically accumulate more strong squares in the most critical region of the board.

Because of how much power you accumulate, you have more choice, as mentioned in reason #2, of how you want to play your game. Keep in mind that you should always be aware if you are overextending yourself in any part of the board.

5.Hyper Accelerated Dragon Threatens to attack along the queenside and in the center

As briefly mentioned, two of the most powerful moves Black makes in the Hyper Accelerated Dragon are d5 (for central attacks) and a5 (for queenside attacks). Therefore, White has to be extremely careful not to allow you to take an easy advantage over the game.

Many successful Hyper Accelerated Dragon games occur with these two strong attacking ideas. As a whole, this opening gives you the opportunity to develop reliable attacking strategies.

6.Contains easy-to-learn ideas that you can integrate into your opening repertoire

The Hyper Accelerated Dragon is great because all you need to know are a few key ideas. That means implementing these ideas comes fluidly in almost all middlegame situations.

Moreover, this makes preparation and general chess study a breeze!

The main purpose of this opening is to initiate a powerful attack, in multiple possible regions on the chess board. Because of this, White will lose the opportunity to attack as strongly, and in many cases, will be forced to defend.

Even so, you should never let your guard down to what White could possibly do. Many times, White can gain counter initiative on the d-file after queenside castling and placing his/her king on the b1 square.

Black’s kingside in this opening is well-defended by the Dragon/King’s Indian-like structure, but the open c-file along with the high potential of attacks in multiple areas means a well-balanced opening.

Because Black has a disadvantage for moving 2nd, assuming there are no “quick tricks” to win, Black needs to work to first equalize the position.

This opening mediates this process by giving you the best chance to equalize early on while maintaining sharp attacks around the board.

Outside of the benefits of the Hyper Accelerated Dragon in-game, there has been a sizable increase in the number of games played by super GMs in the past few years.

This should offer some reassurance in its solidness and playability. Additionally, because these titled players find themselves playing it more often, they must find success in it over other Sicilian opening variations.

So, if you are interested in a new, aggressive opening for Black, look no further than the Hyper Accelerated Dragon!

Ready to add Hyper Accelerated Dragon into your repertoire? 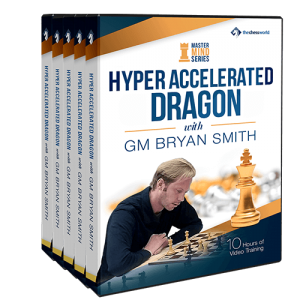 Looks like a very nice course by GM Smith. There isn’t much information on this variation of the Dragon out there, just couple of books and courses. Good job thechessworld!

Hello Narish, congrats on getting the course. I trust it will help you a lot against 1.e4!

Is it hard to make a switch from Classical Sicilian or Dragon to Hyper Accelerated? I feel this could help me in the long run.

Hello Mark, not at all. There are some new plans and ideas to keep in mind, but not much opening theory to learn!

Last edited 2 years ago by Yury Markushin
0
Reply
Join the FREE Road to 2200 Masterclass (and learn how to Attack Like a Chess Master)
We value your privacy
Supercharge Your Chess in 21 Days!
Join Academy Today!