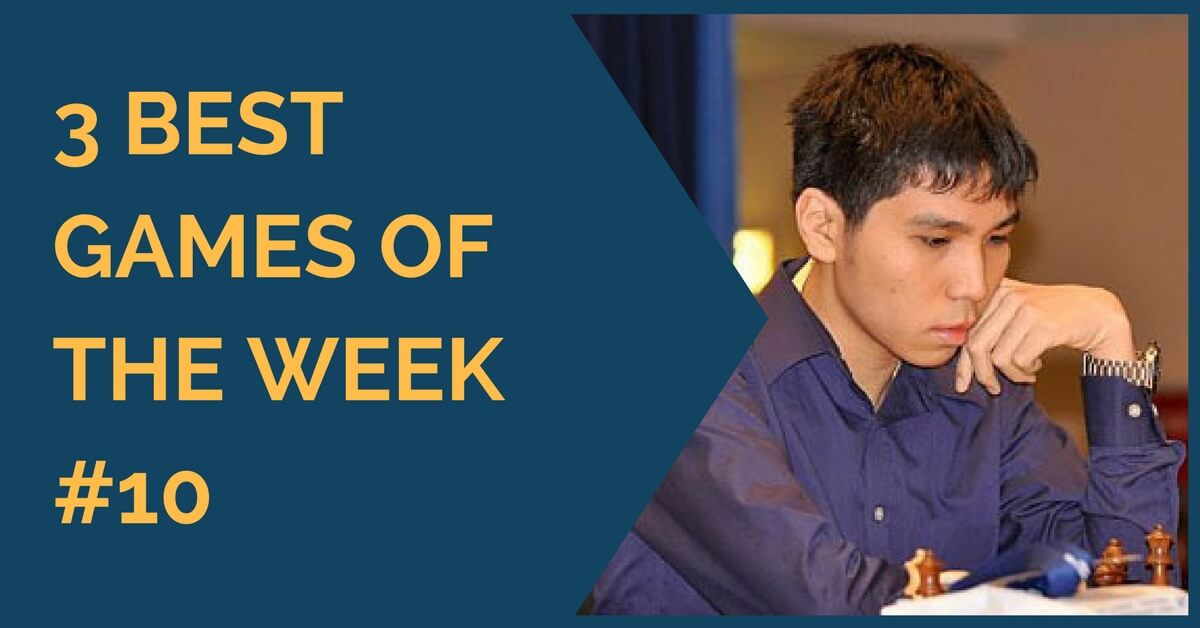 Wesley is a machine playing chess. His extraordinary talent has turned him into one of the strongest players in the world and a lot of people see him as a serious candidate to the world crown in the future.

It is not normal to see him lose a game that he had under control.

It’s also remarkable how Fedorchuk took the pressure and defended his position and did not miss his chance in the game, he even managed to pull an spectacular finish check mating Wesley’s king.

David Navara is a common guest in this section. Needles to speak about his class. In this game he shows how to attack in the 6.h3 variation against the Najdorf. A nice example on how to carry on an attack against the castle.

Kovalenko is a young GM that plays for Latvia. He has won several strong opens in europe and recently he won two events in a row in Hungary and Romania. His style is mostly positional but does not refuse complications and when the position demands it. This beautiful game from the Iasi Open, he first obtains a large positional advantage and when black is completely paralyzed, he starts an attack against the king. Class game.