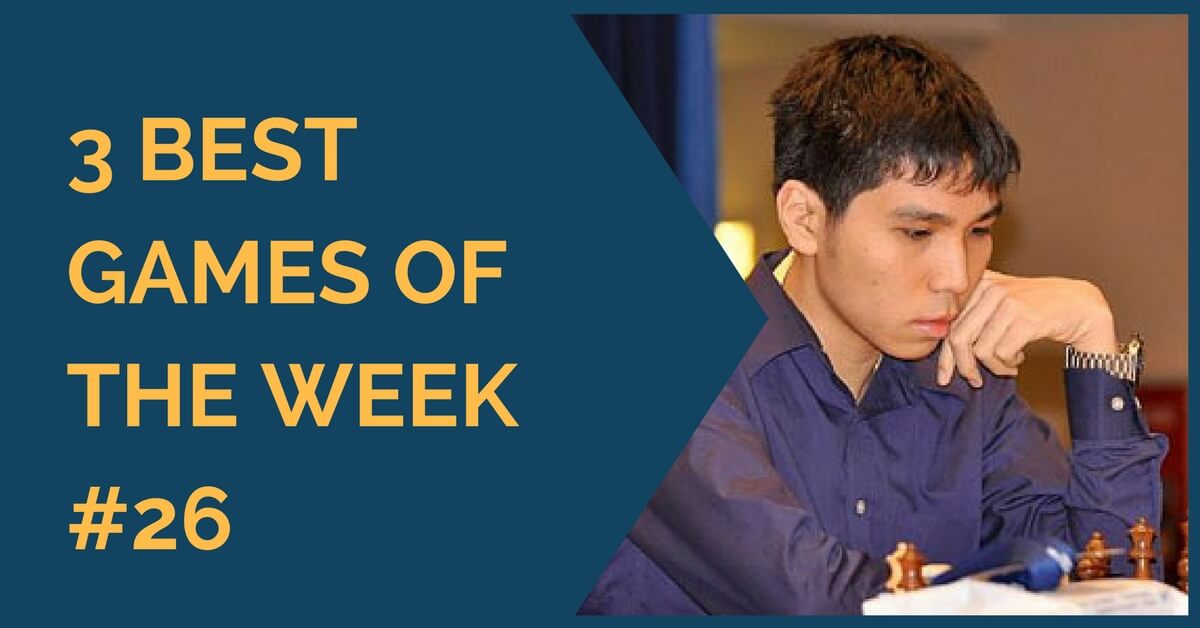 There have been two weeks full of chess events, but probably the most awaited one was the traditional Tata Steel festival held in Wijk aan Zee. All eyes are on the players who play a round robin tournament, Masters and Challengers.

We have seen many interesting fights between very strong players, so for this week’s edition of the 3 best games we have made two of our picks from this prestigious tournament.

We’re going to start with Wesley So’s round 1 win over local Grandmaster Anish Giri. In order to avoid his opponent’s very good theoretical preparation, So chose a less theoretical line of the English Opening. Without making a serious mistake, black’s position slowly deteriorated while white was little by little making progress.

The other game we chose was played in the Challengers group of the Tata Steel, by the strong Grandmaster Aleksey against Dutch Woman Grandmaster Anne Haast. White managed to win a pawn after the opening, but the win wasn’t easy, as black found great defensive resources in order to get some counterplay.

Another game that caught our attention was Boris Gelfand’s win over Nikita Vitiugov in the Paul Keres Memorial that took place in Tallinn, Estonia. Although the top Grandmaster didn’t have a great tournament, he showed us once again his great strategic skills.