How to get better at chess: guide for all levels 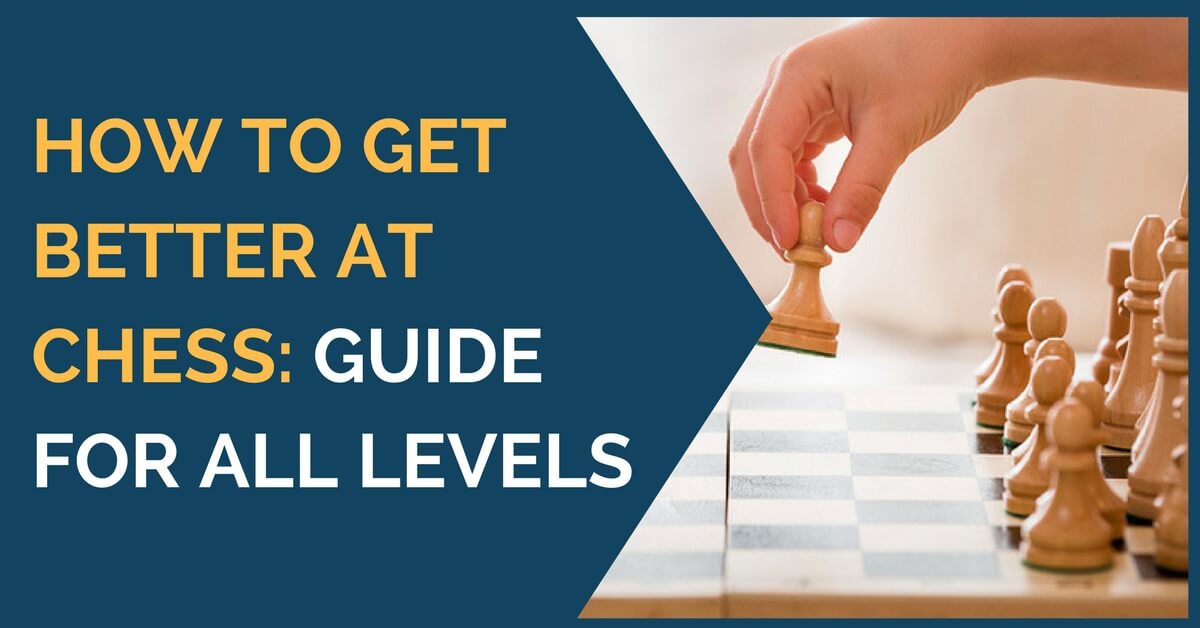 A lot of people are asking the same question over and over again, how to improve in chess? So, I have decided to write this whole thing once and for all.

First of all, it is important to know at what level you are playing now. It would really depend on what to study and how to improve from the player’s current (estimated) rating — chess level by ELO.

Here is a chart that gives an idea of what should players work on at different levels of their chess career.

I hate to tell people this, but ratings seem to be inflated no matter what system you have. FIDE ratings are crazy. In 1972 when Bobby Fischer’s rating was around 2780. If your rating was say 2570. You would be in the top 25 in the world. Today You probably would even make the top 200. In USCF Fischer’s rating was 2802, and nobody was really close. Now we have a Grandmaster. Who has a rating around 2815. Greater than Fischer’s, but has yet to show that he has the talent of Fischer.

[quote name=”Imran”]What rating is this supposed to be in? USCF and FIDE? Because if that is the case then chess.com ratings do not work as they tend to be over inflated. I only have a chess.com rating and so I do not know which applies to me as I do not have access to getting one of the other two.[/quote]
Aminul islam my friend . His fide rating 2057 and chess.com rating 1600+ here is his propile link you can check it.

I would recommend playing around 300 games on lichess.com to find your true FIDE rating. Chess.com is massively inflated – I achieved 2100 on it, whilst my actual rating is more like 1550. The people on lichess, however, seemingly play a lot of chess and are quite skilled – my rating there fluctuates between 1400 – 1600, which is about right.

[quote name=”Imran”]What rating is this supposed to be in? USCF and FIDE? Because if that is the case then chess.com ratings do not work as they tend to be over inflated. I only have a chess.com rating and so I do not know which applies to me as I do not have access to getting one of the other two.[/quote]

Online chess sites ratings are really inflated. For example, I know a few people who have 3000+ ELO on ChessCube and 2500+ ELO on ICC. They are master strength in reality.

As for your question it can be either USCF or FIDE since they are usually about 100 points apart (not necessarily USCF being higher).

There are some tests that can help you give a more accurate idea of your over the board rating, but the most accurate measure is to play official chess.

What rating is this supposed to be in? USCF and FIDE? Because if that is the case then chess.com ratings do not work as they tend to be over inflated. I only have a chess.com rating and so I do not know which applies to me as I do not have access to getting one of the other two.

[quote name=”name”]i used to be a 2000 on chess.com but in real life i am only a 1055 USCF how do i improve my rating to be like a 2000[/quote]
That is a huge rating difference. You need to first figure out what is your actual strength. How many USCF games did you play? If not many then your USCF rating maybe under-rated. If you played a lot of USCF games, then chess.com rating is too inflated. But again, what kind of chess you play online? Slow? Quick? Bullet?
After you figure out your actual strength you may use the above table as an outline for your training.

You may also want to check out my recent article http://thechessworld.com/learn-chess/9-training-techniques/227-finding-strengths-and-weaknesses-of-your-chess

What rating (strength) are you, admin?

mate in 4 is not easy to find and even more difficult to setup.. you must be a really advanced player:)

My fav moves are: 4 move mates for those that do not know how to block them….Have been playing chess a very long time.

0
Reply
« Previous 1 2
Join the FREE Road to 2200 Masterclass (and learn how to Attack Like a Chess Master)
We value your privacy
Supercharge Your Chess in 21 Days!
Join Academy Today!