Endgame is the final phase where many chess games are decided. Majority of players focus primarily on opening preparation and attack training, disregarding the endings. They feel that studying endgame principles is boring since there is no place for brilliant sacrifices and complex mating attacks.

Endgames may look simple in the eyes of an amateur player. Only strong players understand that nothing separates a beginner from an experienced player more than a good endgame technique. Rook endgames are the most common of all, so we will focus on them. Here is a list of 10 rook endings that every competitive player must know how to play.

3. Pawn on 7th rank with a king in front 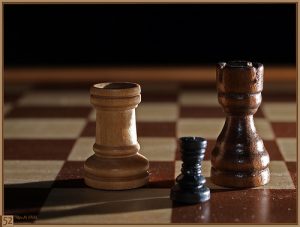 4. Pawn on 7th rank with a rook in front

7. Pawn on 6th rank with a king behind

Write down a few lines in a comments line to tell me which of the 7 positions was the most common in your own games?

Credits: The Rook image is taken from Flickr and used under Creative Commons license

Caution: example 4 would not work if the black king was on f7, which is an easy win for white due to the threat of Rh8

I only see starting position on every board

Please try reloading the page, it should be working!

I use building a bridge often.