3 Tips to Improve Your Endgame Play

Endgames play an important role in chess and, as any other part of the game, should be studied thoroughly. It has been for a long time said that one should start studying chess with the endgame and, even though this is of course debatable, it does indicate that we should dedicate this phase of the game at least the same amount of time we dedicate the others.

A stronger opponent will always try to demonstrate his superiority in every moment of the game. Even though the position might be equal, he will try to create small imbalances that could provoke mistakes. This is why it is very important that you stay on guard during the entire game and don’t relax too soon.

Most likely a stronger opponent won’t immediately offer a draw in an equal, even drawing endgame, but play until the end, patiently waiting for even the slightest mistake.

Here is some piece of advice that could help you improve your endgame technique:

We have already written an article on the importance of knowing the right moment to exchange pieces, but in the endgame mastering this skill becomes crucial. Don’t hurry to swap the pieces, thinking that this will lead to an easy draw. Take your time to calculate the resulting positions and assess which pieces should be kept and which not. Try to keep on the board the pieces that are active and get rid of the passive ones. Let’s take the following example: 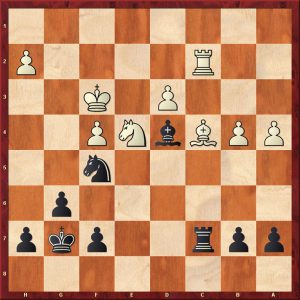 The position is slightly better for black thanks to the better structure. However, the position is not easy to win and white has good chances of making a draw. He should probably play Ng3 with the idea of exchanging the strong knight from f5 and at the same time try to improve his structure. However, my opponent played Bb3 in this position, probably thinking that, with the rooks off the board, the endgame should be easier to draw, but overlooked a tactical trick. Can you find it?

Most of the times, in order to win an equal position, your opponent will try to create attacking targets in your position. If you have a good pawn structure, try to keep it that way. Don’t give your opponent something to do by allowing him to create weaknesses in your camp. His pieces will become active and you will be forced to get on the defensive side. Even if the resulting position might still be holdable, defending a worse position is never easy and you will probably need to find some precise moves in order to make a draw. Let’s take a look at the following position: 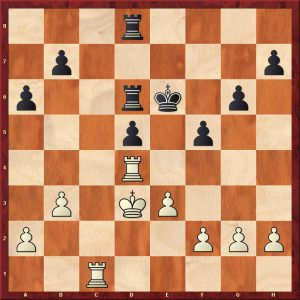 After a quick look at the diagrammed position we can say that white is slightly better due to the better structure, but the position should still be a draw. It’s true that black has an isolated pawn that can be attacked, but it’s not clear how white can put more pressure on it. The other idea white could use in order to play for a win is to make use of the open c file.

However, black can easily control c7, the only square where white could enter. Hence, what black should do here is play R8c7 and just wait. Instead, black played the worse Rc6, offering the trade of rooks. This move stops white from entering the c file, but weakens the pawns structure and gives white more targets to attack. After the exchange on c6, white can try to attack both c6 and a6, which will not be so easy to defend as d5. See how the game went on here:

In seemingly equal position, you often need to wonder what your opponent wants to do. When you don’t have a clear plan of your own, try to find your rival’s ideas and make moves that interfere with them. 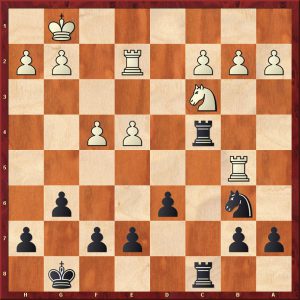 In this position, black has some pressure on the c file and white’s central pawns could become a target. White’s rook on b5 is slightly misplaced as well, as it is for now out of play. Black, on the other hand, has a better pawn structure and better piece coordination.

Although the position is of course equal, it is easier to play with black. White should continue here with Kf2, heading to f3. Instead, he played a4?!, with the threat of a5, failing to see how black could continue pressing for a win. As usual in such equal positions, the idea is to create weaknesses in the opponent’s structure. Here, black can do so by playing R8c5 followed by g5. After the move played in the game, we’ll see that white is not on time to defend the two central pawns: