Endgame Ideas: 5 Most Effective Ones Every Beginner Should Know 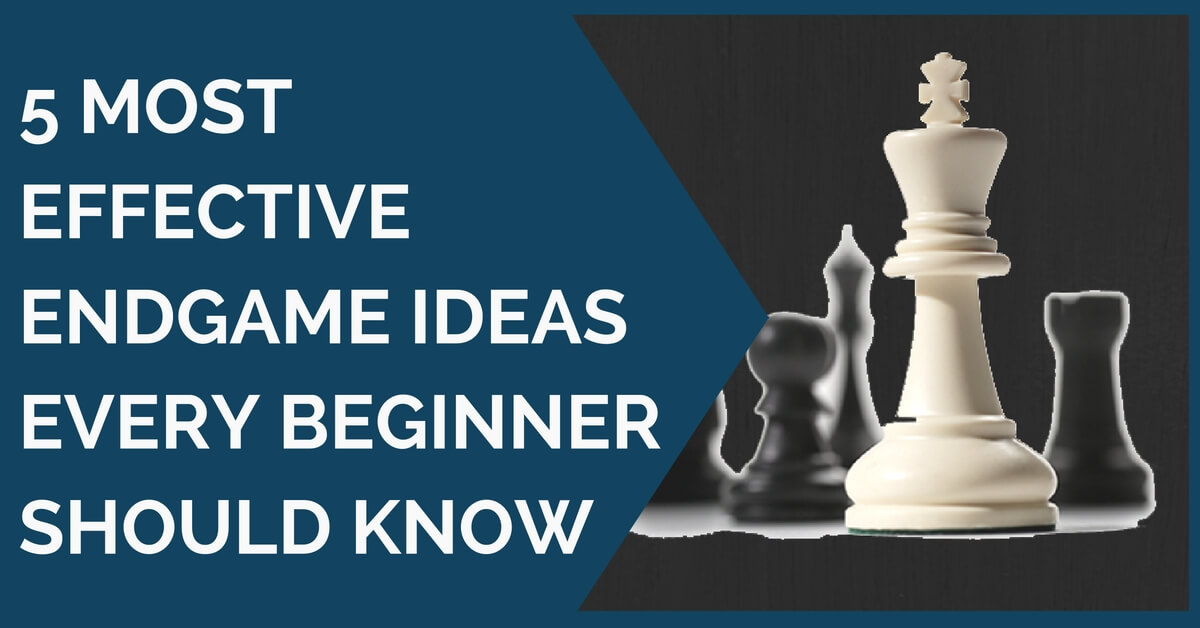 Endgame Ideas are one of the most difficult aspects for a chess player to learn and train. This is because of the nature of the endgame itself; you prepare for scenarios that you don’t really know when, where or even if they will occur.

However, once you get started in the world of endgames you’ll discover how many useful tools you have at your disposal in the last phase of the game.

In this article, we are going to present you a list of the 5 most important concepts that every beginner should know in order to survive when the endgame comes.

Centralization of the king

We have decided to start with this one, which we consider basic, but also of major relevance. The king is one important piece in the endgame and having an active king in the endgame usually gives you a positional edge. Let’s take the diagram below as an example: 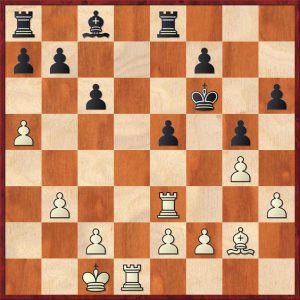 White has just played 22.a5! fixing black’s pawn on b7 and making a path for the king to advance via c3-b4-c5, creating great problems for black. This is an instructive example of how after the queens are gone the king is able to wonder the board trying to exploit the opponent’s weaknesses. See the details here:

If you are defending against a passed pawn in a rook endgame, the right way to do it is by attacking the pawn from behind. If you do it with the rook in front, your rook will stay passive and the game will very likely end up in a loss. In the rook endgames, the activity of the rook is perhaps the most important element, so avoid passivity at all costs (even at the cost of material)!

Here is one little example of how to make a draw in a rook endgame with a pawn down, but with the rook actively placed behind the enemy’s passer. 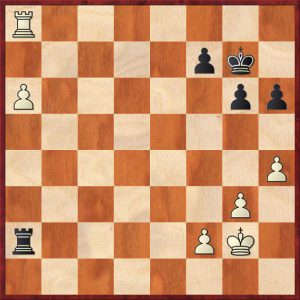 Here white has an extra pawn but he is unable to convert his advantage because black is very active. The rook stays behind the pawn while his king and kingside pawns will try to generate enough counterplay. See the details here:

Two bishops vs bishop and knight represent a undisputable advantage in a great percent of the endgames played.

When you have the two bishops there are certain patterns you should follow: place your pawns in the color of your opponent’s bishop, centralize your king, limit the activity of the opponent’s minor pieces and finally try to create a passed pawn.

These goals should help you find the right path in such endgames. The next diagram shows a famous position from one of Steinitz’s games in which black went through each of the aims mentioned before: 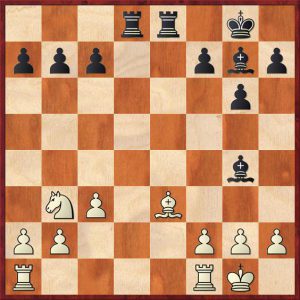 It is black’s move, how would you proceed? Considering what we have said before, the right plan is not difficult to find. See the details here:

Very present in every endgame. We must not forget this resource. Sometimes the result of the position is determined by whose turn is to play and therefore we must take this into consideration. In the next diagram we see a clear example: 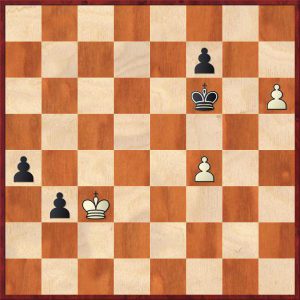 Endgame Ideas: Can you find the winning move?

The answer is 1.f5! And black is in zugzwang, as any move will deteriorate his position. White will either win the queenside pawns or promote the H pawn.

Of course, we are not talking about the simple stalemate error when trying to mate the opponent’s king with a queen and more pieces, but the stalemate as a defensive resource. It is better explained with the example below: 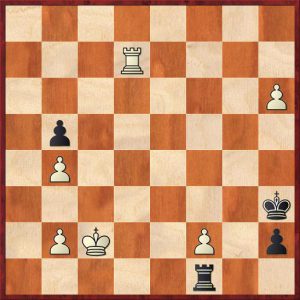 Both players have passed pawns and it seems as black is closer to promoting his H pawn and winning. However, white has a nice resource available that enables him to make a draw by force.

We have explained what in our opinion are the 5 most important elements for every beginner in the endgame. We hope you have understood the presenter of the idea above and feel free to comment and leave any feedback or questions!