Fischer’s Endgame: He not only revolutionized the world of opening theory, but his technique in the endgame is worth close studying. In order to become a complete player, one must learn how to play the endgames at a reasonable level. Learning endgames is not easy for everybody. Many consider it to be boring, compared to the world of tactics and plans found in the middle game or the analytical work in the openings.

However, it is precisely in the endgame where many games are won or lost. In times where the flow of information and theory is so advanced, we strongly advise you to work on improving your endgame play to make a significant difference in your level.

Among the world champions, we can find fantastic endgame players. Capablanca, Smyslov, Karpov are all well known for their patience when materializing an advantage or simply creating one out of nothing.

As it happens with every aspect of the game, one way of learning is by imitation. So, going through the games of the best endgame players and trying to understand their approach in this phase of the game could quickly raise your understanding of the endgame. It is important to draw some conclusions for every type of endgame; for example:

– How to place the pawns, in what color

– When to centralize the king

These points need to be always kept in mind when playing the endgame. In this article, we have selected a few of Bobby’s best endgames and we will explain his actions in each one of them. 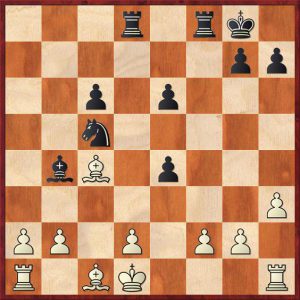 White has an extra pawn, two bishops, and a better pawn structure. Three big advantages should be enough to decide the game. However, black has some activity that makes realizing the advantage a bit difficult for white, unless you know exactly what to do! Fischer confidently simplified the position at the cost of giving back the pawn and went on to win a superior bishop vs knight endgame.

In the diagram above we can see a position that looks almost equal at first sight; one wouldn’t think that white’s advantage can be too much. The problem for black here is that he has a weakness that can be attacked and there are weak squares in his territory that white can use in order to invade his territory.

White has a permanent pressure on b7 and the pawn on f5 is also subject of attack. See how Fischer improved his position and put black under a lot of pressure:

This is one of Fischer’s most instructive endgames. The material is even and it may look as the game is close to finishing in a draw, but with one key move, Fischer is able to turn the balance to his favor. Fischer played f5! in the position above in order to trade his doubled F pawn for black’s h6, but most important to activate his rook. What happened after is worth replaying a few times.

We hope you have enjoyed replaying the games above and noticed the nuances of those seemingly equal positions. Keep in mind the concepts mentioned in the comments! The most important are: preventing your opponent’s counter-play, activating your pieces, including the king, and fixing your opponent’s weaknesses.