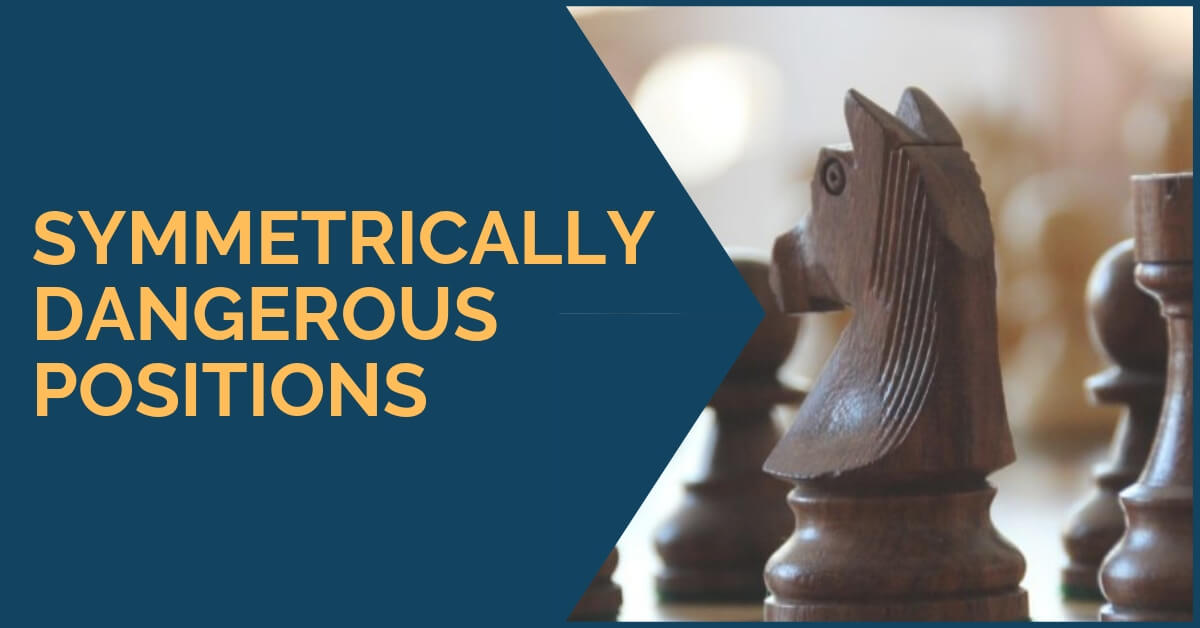 Symmetrical positions can be tricky and difficult to evaluate. At first sight, they may look equal – after all, there are no visible differences between the two sides – and less experienced players are tempted to think that a draw will be easy to achieve.

While a draw is likely to happen in a game between two strong players, it is also often that we see experienced players scoring great results in this type of position.

As we all know so well, complete symmetry can only last for so long. And, it will have to be broken at some point. The following information is also common knowledge. The side that manages to do this is usually the one who will have an advantage.

However, when talking about symmetrical structures, there is one factor that stands out in terms of importance when it comes to evaluating the position. The two positions look almost the same. But, the activity of the pieces is the one that makes all the difference in this case. The side that manages to seize the initiative and take the active squares away from its opponent’s pieces is the one to get a grip of the advantage.

The problem for the passive side in symmetrical positions is that counterplay is not easy to find. In the meanwhile, the opponent can keep improving his pieces and gaining space. To show the importance of this concept, let’s start with the following position. It appeared on the board in the game between Grandmasters Vadim Milov and Mihail Kobalia right after the opening: 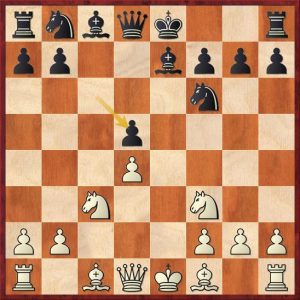 The position is equal. But, white is the first to strike. Also, he can occupy the most active squares for his pieces while taking them away from his opponent. The game continued with 8.Bd3! occupying the important b1-h7 diagonal.

See how the rest of the game went and how white used this small advantage in his favor below:

Black cannot challenge white’s light-squared bishop easily and after 9.h3 (aimed against the maneuver Bg4-h5-g6) this idea will become almost impossible to achieve. Notice also that the passive position of Black’s dark-squared bishop allows white to bring his c1 bishop to the most active square as well – f4.

The following example is an endgame, where the importance of having active pieces is even more obvious.

The diagram below appeared in the game between Indian Grandmasters Chanda Sandipan and Vishnu Prasanna: 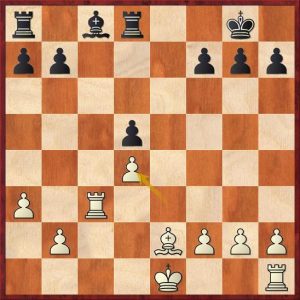 Even if here it is black’s turn to play, we will see that he still doesn’t have enough time to activate his pieces. White has already taken control of the c file and is threatening to enter the 7th rank. Moreover, his king has not yet castled, which in this case proves to be a plus, since white won’t have to waste time to bring it to the center, unlike his counterpart.

We could conclude that White’s plan is rather simple and effective – bring the king to d2, double the rooks on the c file, and follow with an entrance on the 7th rank. The presence of the king in the center means that black cannot easily swap the heavy pieces off since he will probably lose the resulting endgame.

Symmetrical positions – See how white converted this into a win below:

In conclusion, the symmetrical position is to be evaluated with care and not considered automatically equal. Check who has the more active pieces. And, which side will end up with the initiative before deciding to enter this structure. On the other hand, we hope that these games will also serve you as inspiration. And, that you will be able to pull some instructive wins in your future games.