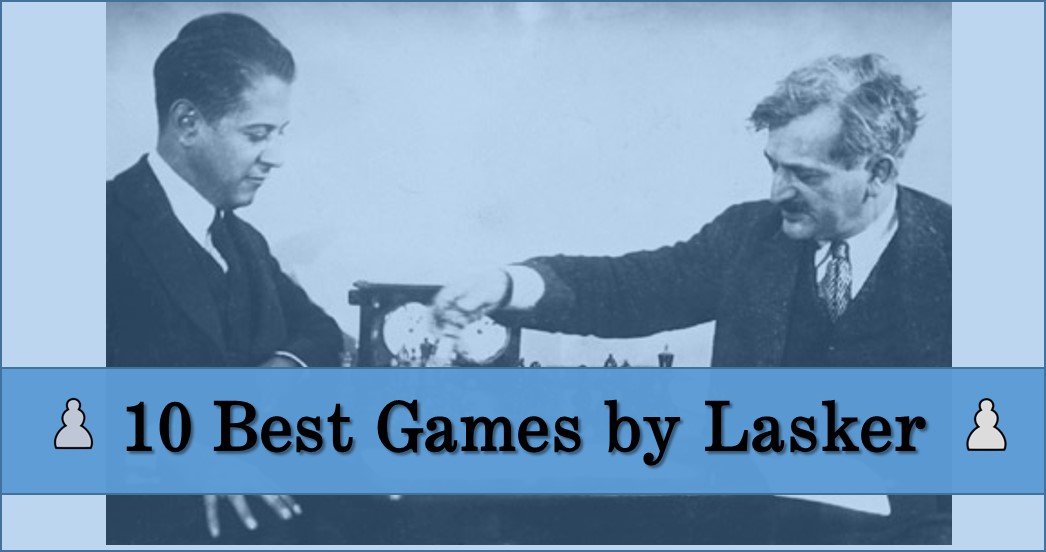 Emanuel Lasker needs no introduction. Lasker held a world chess championship title for 27 (!!) years. In his prime he was the most dominant and influential chess player. Lasker is considered to be one of the greatest chess players ever. He was known to use a “psychological” approach. Sometimes he deliberately played not the strongest moves, just to intimidate and confuse his opponents. He have written multiple books on chess methods, but most players found them rather confusing. Lasker disagreed with much of the modern opening theory.

Let’s take a look at 10 of the Lasker’s best chess games:

Note:If you want to dramatically improve your chess simply studying Grandmaster’s games or solving tactics it not enough. In order to take your chess to the whole new level you need to work on all aspects of the game. That’s what we call a “combined approach”. We will combine 5 most important elements of chess into a single training session to build a good training habits and to make sure you can get out maximum results in minimum amount of time. You will get a access to 3 weeks of training where you will learn:

Studying great chess games is a very important part of chess training, This is the approach we recommend for all chess players who want to improve their game using our 3 weeks extensive training course. You will learn a great deal from 21 very instructive, well annotated grandmaster games and will dramatically improve your attacking skills.