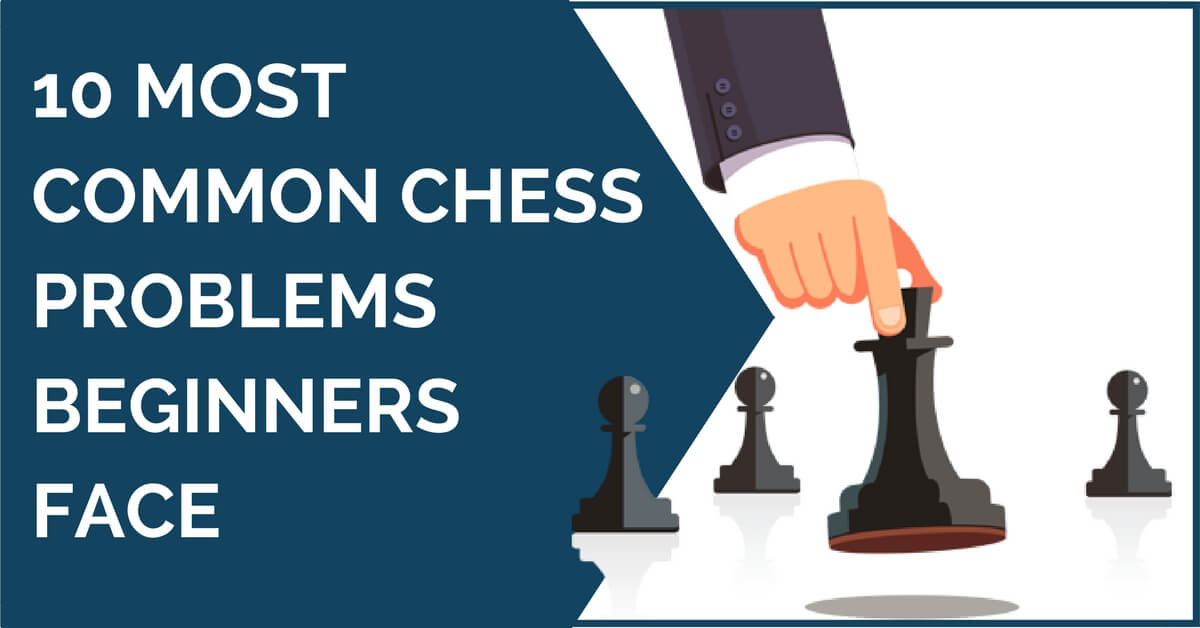 When beginners are just starting out with chess, they make many simple mistakes which could easily be avoided. In this article, I want you to know them and learn how to prevent these mistakes in your own games.

Preventing most common mistakes will help at accelerating your progress, avoiding stagnation and saving you from many disappointments chess players usually face when they fail to improve.

Let’s go ahead and dive right in!

Very often beginners play with only one or two pieces. Sometimes they develop their queen too early trying to create a mating net. It is generally pointless because any half-decent opponent will always find a way to avert such a simple mate.

Development is one of the most important factors for your success in the game. How should you approach this stage?

Every time when you start the game tell yourself not to move the same piece twice (if there is no immediate need). Develop all your minor pieces and castle early before starting an active play.

Let’s imagine that you’ve developed your pieces effectively, but then you don’t know what to do and which moves to make. The reason is you don’t have a plan. If you just make ordinary moves and drift aimlessly your only chance is to hope for your opponent’s blunder. And it is not the best strategy.

How to deal with it?

Ask yourself a series of questions:

When you answer these questions, you will find the plan. It doesn’t necessarily have to be a “perfect” plan. Remember, any plan is better than no plan at all!

Most beginners make moves automatically ignoring the moves of their opponents. They only think about reaching their own plan’s goal, but at the same time ignoring the opponent’s plan altogether. Yes, your opponent also has a plan and each move he makes might possess a threat. If you are not careful, you can easily miss a strong combination and end up losing the game.

That’s why is highly important to analyze your opponent’s moves to predict his plans.

Only if there is no immediate threat and your next move according to the plan doesn’t weaken your position, you can make it. But if you notice a threat, try to prevent it by making defensive moves and only then continue with your plan.

Most beginners are often crazy attackers. Their only aim is to checkmate their opponent… that’s why they forget about their own king’s safety which leads to sad consequences.

Please remember that before starting any attack, first, you should secure your king’s safety. Don’t forget to castle and try not to move your king’s pawns away from the king. And remember that every opponent’s moves can hide a threat. Calculate and think, proactively seeking for possibilities for both sides.

When I train beginners, I often notice that they love trading their pieces and pawns regardless whether it gives any advantage or not. I can’t really explain what motivates beginners to wildly exchange pieces, but it is a very common problem. It’s like an instinct. This is a bad habit that should be avoided.

to fight this bad habit, I recommend not making any exchanges immediately, before first evaluating the final position.

If your opponent offers an exchange, he probably keeps something in mind and maybe it‘ll be in his favor. That’s why I suggest you imagine the position without the pieces or pawns you are going to trade and then decide if your position would be better or not.

Beginners often tend to ignore pins. Sometimes they think that the pin is not dangerous and they simply don’t calculate lines when opponents can pile up on a pinned piece and win it or ruin the pawn structure. This kind of thinking happens due to lack of experience.

This kind of thinking happens due to lack of experience.

Playing more long-time control games can be very helpful in this case. Another advice is to pay more attention to the pins in general. When you see a pin, you should have a feeling of “danger”. A pin means that your piece is temporarily immobilized, even if it was previously defending the key squares, pieces or pawns. Try to get rid of the pins as quickly as you can, to save yourself from tons of trouble.

It’s very important to advance your pawns in the opening to occupy the center, but sometimes beginners don’t notice that their pawns become overextended and attacked by opponent’s pieces. Overextended pawns are generally weak.

When you move your pawns or trade them always think if they can be attacked in the future. And if so, take care of their defense.

It’s not a tactical or a strategic mistake, nevertheless, it is a deadly one. Staying focused is all about the physical and mental ability of the player. The difference between a club player and a beginner is that the more experienced player can keep concentration during the whole game. And when necessary, he is ready to calculate all the lines and choose the right move. However, beginners often lose concentration and tend to blunder. To resolve this issue I recommend playing more long time control games and, of course, don’t forget to stay fit and to exercise regularly.

This always happens to kids. When they see a good move, they stop calculating other lines and immediately make that move, which is usually not the best (and sometimes even losing).

When you get a complicated position try to find at least 3 candidate moves before making your final decision. Then choose the one that leads to a better position. This is a very important step and should not be neglected. If you just do that every single time you will notice the level of your play going up.

If you see a check, why not to make it? This is the logic most beginners closely follow and trust. They think that checking the opponent’s king brings them a bit closer to a checkmate. But certainly, it’s not the case. A check is not always the best move in the position. Very often your opponent can parry a check by interposing with a piece and actually improving his position.

Just remember that a random check will not lead to a checkmate. And it’s much better to find a stronger continuation rather than make an unnecessary check.

If you are a beginner I hope that you find my advice useful and will not make those mistakes in your own games. It maybe not easy at first. But with some practice, your brain will adapt and you will be able to follow these rules on an autopilot, without having to think about it. At that time your results will start skyrocketing, especially if you combine your efforts with a good training program.

Good luck with your games and let me know if you have any questions!