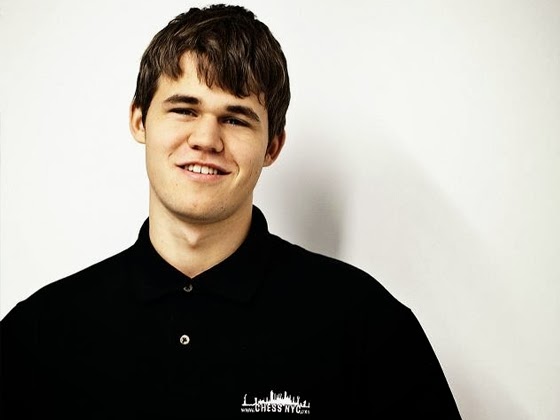 Motivation and inspiration are two very important components for one’s progress in chess as I wrote in 7 Reasons Why Magnus Carlsen Plays Better Chess Than You.

Self-confidence is very important. If you don’t think you can win, you will take cowardly decisions in the crucial moments, out of sheer respect for your opponent. You see the opportunity but also greater limitations than you should. I have always believed in what I do on the chessboard, even when I had no objective reason to. It is better to overestimate your prospects than underestimate them. – Magnus Carlsen 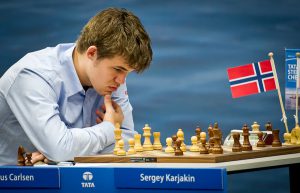 Enormous self-belief, intuition, the ability to take a risk at a critical moment and go in for a very dangerous play with counter-chances for the opponent – it is precisely these qualities that distinguish great players. – Garry Kasparov

The single most important thing in life is to believe in yourself regardless of what everyone else says. – Hikaru Nakamura

Too many times, people don’t try their best. They don’t have the keen spirit; the winning spirit. And once you make it you’ve got to guard your reputation – every day go in like an unknown to prove yourself. That’s why I don’t clown around. I don’t believe in wasting time. My goal is to win the World Chess Championship; to beat the Russians. I take this very seriously. – Bobby Fischer 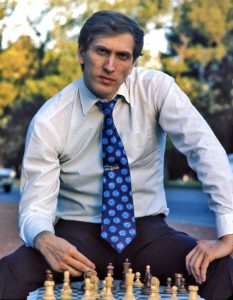 Ultimately, what separates a winner from a loser at the grandmaster level is the willingness to do the unthinkable. A brilliant strategy is, certainly, a matter of intelligence, but intelligence without audaciousness is not enough. Given the opportunity, I must have the guts to explode the game, to upend my opponent’s thinking and, in so doing, unnerve him. So it is in business: One does not succeed by sticking to convention. When your opponent can easily anticipate every move you make, your strategy deteriorates and becomes commoditized. – Garry Kasparov

If you are going to make your mark among masters, you have to work far harder and more intensively, or, to put it more exactly, the work is far more complex than that needed to gain the title of Master. – Mikhail Botvinnik

This is the essential element that cannot be measured by any analysis or device, and I believe it’s at the heart of success in all things: the power of intuition and the ability to harness and use it like a master. – Garry Kasparov 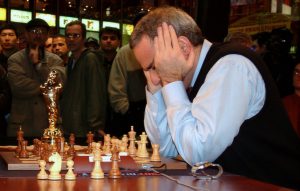 For success I consider three factors are necessary: firstly, an awareness of my own strengths and weaknesses; secondly, an accurate understanding of my opponent’s strengths and weaknesses; thirdly, a higher aim than momentary satisfaction. I see this aim as being scientific and artistic achievements, which place the game of chess on a par with other arts. – Alexander Alekhine

Those who think that it is easy to play chess are mistaken. During a game a player lives on his nerves, and at the same time he must be perfectly composed. – Victor Kortchnoi

If you like these inspirational chess quotes we recommend:

Images used in this articles are taken from Susan Polgar Blogspot

Very good article. I will be going through some of these issues
as well..

There might be some problem with the pdf here I am not able to see what is written below the pic…Anyways nice work..Please keep up the good work

Thanks, Kamishir! We have many interesting things coming, stay tuned! 😉

Great collection of quotes! These are clearly the best players.