Accelerated Dragon: 10 Reasons to Play It 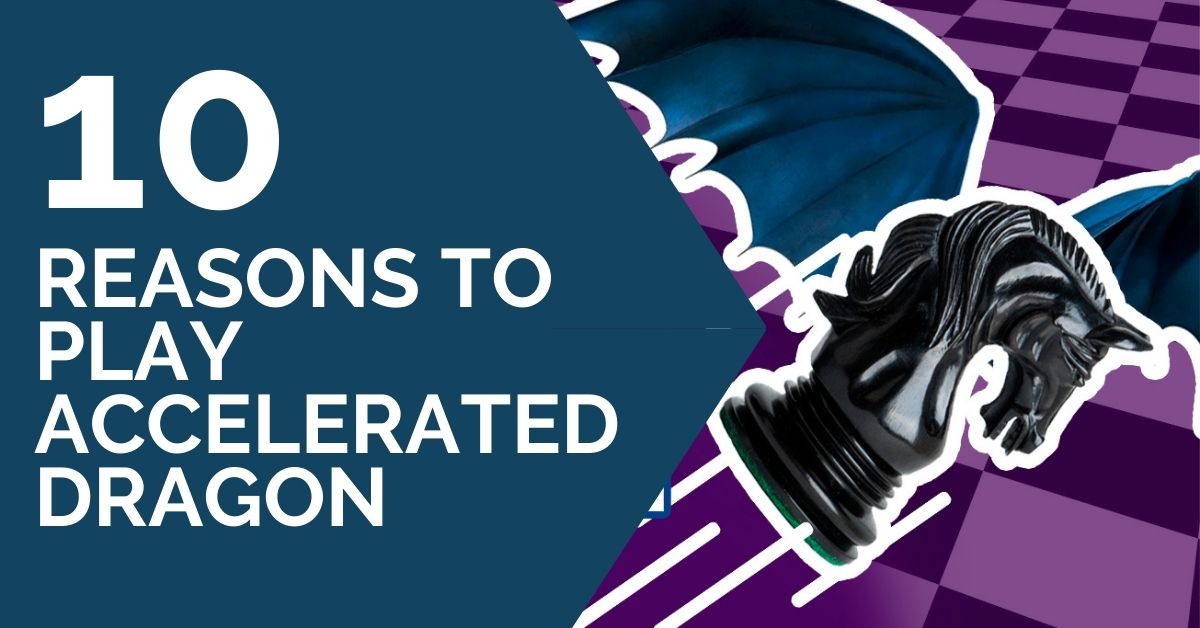 Accelerated Dragon is one of the most aggressive variations of the Sicilian. Black develops their dark-squared bishop to the most active position from where it puts a lot of pressure on White’s center and queenside. It usually leads to sharp and complicated positions where both sides try to launch an attack as quickly as possible.

Lately, the attempt to improve the Dragon variation became quite fashionable. The idea is to save a tempo on the move of the pawn to d6 and at an appropriate moment strike with …d7-d5 in one go. The line based on this logical and interesting idea is called Accelerated Dragon, and here are 10 reasons to add it to your repertoire.

1.  Accelerated Dragon allows you to play for a win

As most of the Sicilian variations, the Accelerated Dragon leads to asymmetrical and to some extent unbalanced positions. This gives chances to play for a win with Black. Especially good for dynamic and active players.

2.  Accelerated Dragon has less theory than in the other Sicilians

Black’s quick development and the possibility to hit the center with the d-pawn leave White with only a few options of fighting for an advantage. Therefore, there are fewer lines that Black should learn to play the Accelerated Dragon.

3.  There are many traps White may fall into

The great thing is that if White tries playing in the same way as in the regular Dragon, Black gets good chances to seize the initiative or even win some material right in the opening. In the mainline, White should know the precise move order. Otherwise, they are at risk of falling into numerous tricks and traps. The experience shows that many club players aren’t well prepared.

4.  Accelerated Dragon teaches you to play with fianchetto

There are many openings based on the fianchettoed bishop’s strength. And, the Accelerated Dragon is among the most remarkable ones. The bishop plays a significant role in Black’s dark-squared strategy.

By practicing this variation, you will grasp a bunch of ideas that will help you in similar situations. Such positions can come from the other openings, such as the Benko Gambit, the Modern-Benoni, the Gruenfeld, and many others.

5.  Active pieces in an open position

In the Accelerated Dragon, Black’s minor pieces enjoy the open nature of the position and can operate together to hit White tactically at an appropriate moment. Major pieces traditionally find their job on the b- or c-file. It requires a lot of effort from White to deal with all of this activity!

6.  The same setup is good against the sidelines

If White doesn’t feel like entering the main lines and decides to deviate early, Black can basically use the same plan: develop the bishop on g7 and play on the queenside.

The Accelerated Dragon has been frequently played by such strong grandmasters as Ivanchuk, Gelfand, Dubov, Mamedov, Guseinov, Zvjaginsev, Duda, Malakhov, and many others.

8.  Black can play according to a scheme

This means that in most cases it is easy to find the right places for your pieces. For example, the rook is often good on c8; the knight can aim to c4; the queen to a5, etc. Learning typical maneuvers will help you play middlegame positions more successfully.

9.  Gives Black a choice of the system

The Accelerated Dragon can be played in different ways. The possibility to vary the lines inside of one opening is quite important in practical chess. You can choose what sub-line to play depending on your opponent’s style or level of preparation. Overall, these sub-lines lead to similar middlegame positions, so it will be easy for you to navigate there.

Want to learn more about Sicilian Dragon? Please read the complete guide and check out the best games played with this opening.

As was already mentioned, the concept of the Accelerated Dragon is easy to grasp. This makes it quite popular at different levels. You can see it a lot in club tournaments as well as in grandmaster practice.

Want to include Accelerated Dragon into Your Repertoire?

Related Products
3.3 3 votes
Article Rating
Login
0 Comments
Inline Feedbacks
View all comments
Join the FREE Road to 2200 Masterclass (and learn how to Attack Like a Chess Master)
We value your privacy
Supercharge Your Chess in 21 Days!
Join Academy Today!