About 8.6% of the world’s population or roughly 700 million people play chess.

Majority of these players will never reach even 1000 rating level which is considered to be a beginner’s strength.

Why is that the case? How to change it?Most people are not good at chess because they:

Many novice chess players don’t really care about the outcome of the game. They just play chess for fun, without being competitive and without the drive the win. These players forget about the game once it’s over and never come back to look at it again. With this attitude it’s difficult to become a better player.

The only way to become better at something is to be serious about it, care about the outcome and spend time on training.

2. Give up chess too soon

Don’t give up chess after a negative outcome of the game. Play more games against opponents of different strengths, watch professional chess tournaments, look over a few chess books or magazines and then decide for yourself if it’s a game for you. Many famous people play chess. 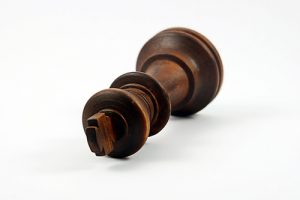 3. Don’t take any steps to get better at chess

Many people play chess for fun without taking any steps for improvement. They play infinite number of games, playing the same openings, trying to checkmate an opponent the same way. If they have a flow in their chess understanding (almost 100% true for this level) they would lose limitless number of games the same way too. Finally they say the game is boring and stop playing at all.

Analyze your games. Even a short replay of your own game can help you to conclude what usually goes wrong. Then, work on fixing it. You will enjoy chess much more, once you become a better player!

There are many novice players out there, who don’t feel like calculating deeper than one move ahead. They use their intuition to judge if the move is good or not. Although, the intuition can be a valuable resource for a chess player, calculation of variations is something that will help you win a lot more games, than solely relying on intuition and luck!

5. Don’t mind giving up pawns (or even pieces)

The simplest rule of chess states that if you don’t want to lose the game too early do not give up material for no reason. Novice players are struggling from this mistake the most. They can get too concentrated on some minor things (castling, development, etc.) that they forget to move their pawn and pieces to safety. Lost pieces = lost games.

Before making moves, make sure none of your pieces are under attack. 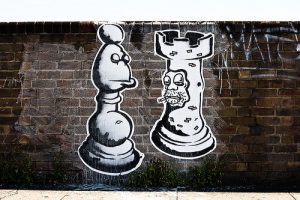 6. Think that it’s impossible to improve at chess

Some players think that it’s not possible to improve at chess more than they already have achieved. They think that chess level is limited by inherent factors such as IQ and cannot be increased. I’m not sure if the IQ of a person can be increased or not, but I’m 100% sure that any chess player, no matter how strong or weak can still make progress at chess if follows the right training program.

Follow a training program which included combinational training: openings, tactics, attack techniques and the endgames. You should check out the following programs: here and here. 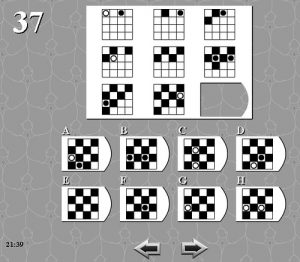 While it may be a good idea to surprise your opponent, playing a self-invented opening is definitely not the best way to do it. Reinventing the wheel is something that you probably should avoid at chess. Playing standard lines is a better idea, since they are developed to give a player (you) the most favorable position possible.

Study one opening line for white and one line for black to start with and then build up on this basic opening repertoire.

Having a plan at chess is really and I mean it, really important. A player with a bad plan would likely a player who has no plan at all.

Always have a plan in your games. It doesn’t have to be completely accurate, but you should always have an idea of what to do next. Planning small things like castling and developing rooks on open a and b files is really essential for success at chess. 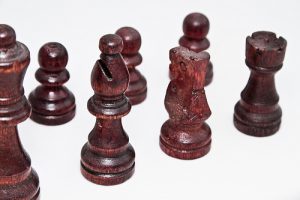 9. Don’t see the whole chess board

Many novice chess players have difficulty seeing the whole chess board. Well, they see the board, but they don’t see all the threats that may be coming from the opponent’s pieces located far away from them (geographically, say in the opposite corner of the board). This leads to lost queens and checkmates in one. Even grandmasters miss mates like that sometimes.

Look at all the pieces on the board equally. If some pieces are further away from your king than other, it doesn’t mean they are less dangerous. 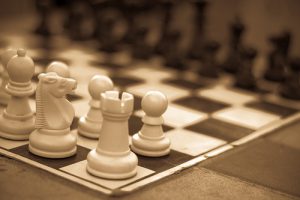 This maybe a continuation of a previous point, but surprisingly enough, many novice chess players protect their queen much better than their king. This leads to many missed mates and disappointments.

You need to develop a sense of danger for the king protection. Until you develop it, always check the possibilities of attacks on your king. You will save many games, by avoiding mates-in-1.

The transition of this game, to an online experience, has accelerated. Chess.com reports a 40-100% jump in the metrics of traffic, social interaction, and games played recently. And they just had nine million games played in one day. Chess will become a new thing online. And the young, who have grown up entirely online, will shape it most. So chess has adapted to the online world extremely well and more chess games are played online now than face-to-face. And it is the best tool to teach your kids everything – from obvious one like strategic and analitical thinking, to psychological development – a child who realizes that one does not always win but also loses, learns humility and respect for other people. I really can recommend a book, which is very good to teach kids how to play chess, writen by Makism Aksanov. it’s very easy to teach with all the fun and play, and make with this game a very rich, fantasy world for our kids 🙂

All the facts are true i also tried to list out such facts before reading this article. The facts matched.

Reinventing is that bad at all, sometimes reinventing leads to a much more good attack and defense and it is not usually noticed by opponent because the opponent were excercise to move and analyze just usual.imagination also is a big help through imagination you can use the energy of your brain less than 100% that prevent it from overuse,just noticed which brain collapse first,the one that is so serious or the one that is partially wandering.

There are about 7 million officially registered chess players. I assume their rating is higher than 1000 🙂 maybe 1300-1400 average.

Chess isn’t a spectators sport anymore… most people won’t understand that even a draw can be interesting and exciting. You need to be a chess player yourself to appreciate pro games like World Chess Match. Unlike other sports, like soccer or tennis. You can just watch, understand and enjoy..

Most people don’t play good chess since they don’t have enough motivation of playing.