Ulf Andersson: 10 Things We Can All Learn from His Positional Chess 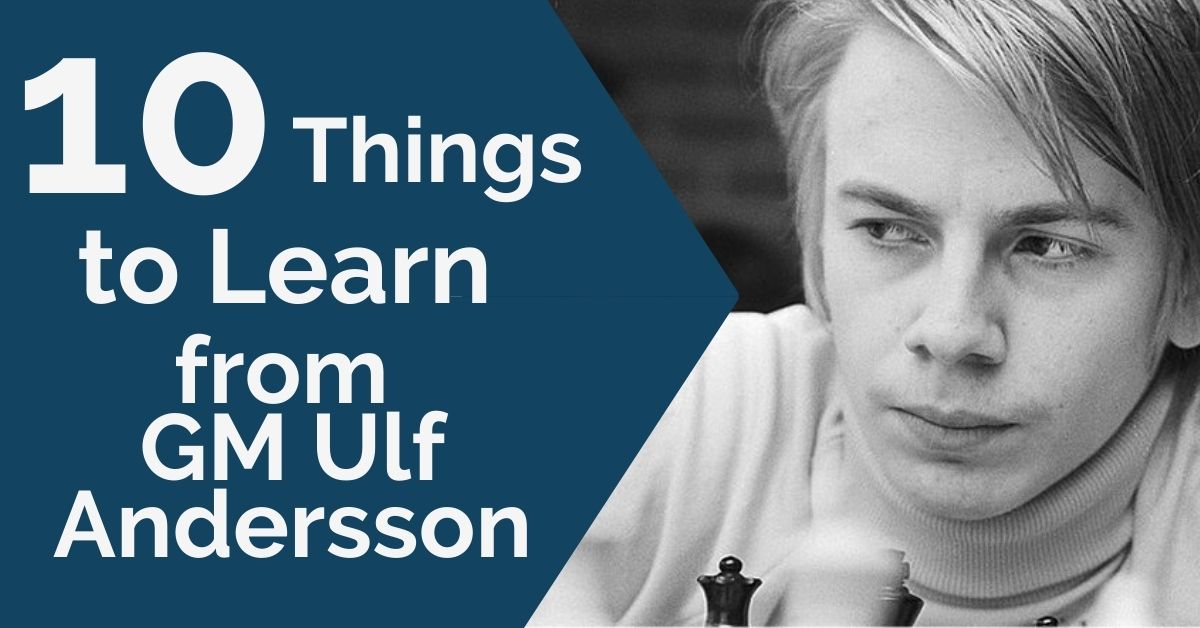 Ulf Andersson is one of the legends of our game. At his peak, he has reached number 4 on the rating list. He is famous for his great positional style and his strategic masterpieces. He contributed greatly to developing the theory in the Hedgehog line of the Sicilian, with both colors. This is one of the structures he loved to play, bringing many strong and innovative ideas. He has beaten many strong players in it, one of his victims being former World Champion Anatoly Karpov.

GM Andersson’s games are highly instructive and I recommend you study them if you want to improve your positional play and chess understanding in general. Here are some lessons you can take from his play:

One thing that Andersson managed to magically do is win seemingly drawish endgames.

He plays them patiently, slowly improving his position and constantly trying to put his opponent under pressure. Once he gets even the slightest advantage, he is able to keep on building until the position collapses.

Since I’ve just mentioned endgames (in general), he is particularly famous for his technique in the Catalan endgames. He has a few masterpieces where he shows what to play for and how to exploit every little weakness in the opponent’s position.

3. How to Play against the Opponent’s Pieces

One opening that he used to play a lot with the white pieces is the Symmetrical English.

Here too, the positions that arise can seem dry and boring for many players. But Andersson shows how to play against the opponent’s pieces and use the weaknesses in their structure in a very instructive way. If you want to see how he does that, you might want to check out his game against Karl Robatsch.

He is a great player to look at if you want to better understand the principle of the two weaknesses. I’ve already mentioned his ability to exploit even the tiniest of advantages; his ability to shuffle his pieces and switch between different plans is really amazing.

He is one of the players from whom you can really understand what prophylaxis is and how it works. GM Andersson rarely gives his opponent chances for counterplay and is able to foresee tactical ideas and traps from his opponent.

He is one of the players who “squeeze” his opponents and keeps them tied up.

This is a great skill to learn as a chess player. Slow positions where nothing is really happening can be difficult to play for some people and that is completely understandable.

But Andersson is a player who is in no rush; he can switch between different plans without making his position worse (see the Hedgehog!) and takes his time to convert his advantages.

7. Playing with the Space Advantage

Ulf Andersson plays positions with more space beautifully. Here too, his patience is a great advantage. He takes his time to improve his pieces and plays slowly until it is finally time to break through.

8. Ulf Andersson: How to Play the Hedgehog Structure

If you want to learn this structure, what better model player than Ulf Andersson? The Hedgehog is a structure rich in ideas and you will learn many of them from his games.

You need to play with patience, switch between different plans and strike when your opponent has over-extended. You will learn all this from Andersson’s games.

9. How to Crack the Hedgehog

Andersson is a specialist in the Hedgehog and not only with the black pieces. In fact, he has brought many fresh ideas for white as well and has many instructive wins against the same pawn structure.

Andersson is also a tough nut to crack. He can find defensive resources even in the most difficult positions and this is another skill you can learn from studying his games.

See how he reacts, doesn’t create unnecessary weaknesses in his position, and makes his opponent’s task as difficult as possible.

I hope you make a full DVD about Andersson!!! He is the best!

Absolutely, now we have a complete video course on Ulf Andersson: https://thechessworld.com/store/learn-from-ulf-andersson-with-im-boroljub-zlatanovic/