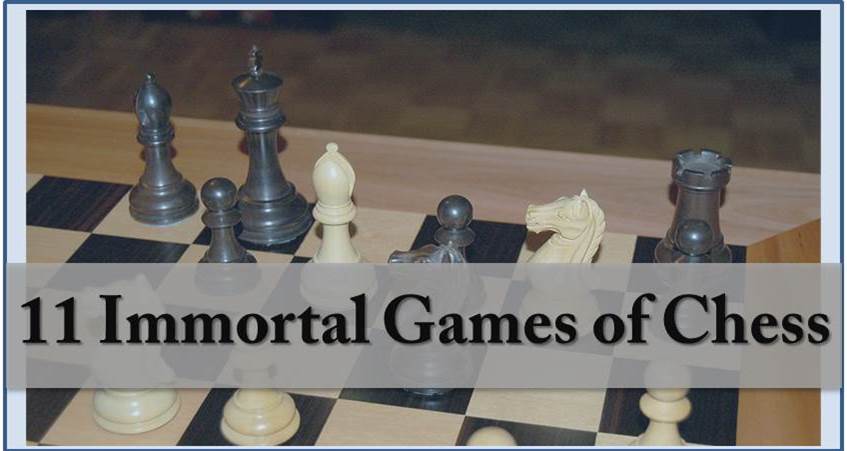 The original “Immortal Chess Game” was played by Adolf Anderssen and Lionel Kieseritzky in London on June 21, 1851. Series of sacrifices made by Anderssen made this game probably the most famous game of all time. He gave up both rooks, bishop, queen and delivered a checkmate with 3 minor pieces. This game was called “an achievement perhaps unparalleled in chess literature”. Today we will take a look at this great game as well as some other games that truly qualify to be called immortal.

You can greatly benefit from carefully going over these games and studying its ideas. If you like this article I suggest you check out the following:

If you are tired of waiting and ready to start systematic training, click here to begin.

Dear readers,
You have mentioned quite a few games.
The details can be more specific, especially dates and they should also indicate who was White and who was Black.
Here are those games with precise dates.
1)Reti-Alekhine,1922
2)Donald Byrne-Bobby Fischer,1956
3)Korchnoi-Kasparov, 1982
4)Kasparov-Topalov, 1999
(the name of the player with White figures first)

Immortal? No way. What about Fisher’s “Game of the Century”, Alekhine vs Reti(1927), Kasparov vs Topalov(late 90s I think), Kasparov- Korchnoi(1982) and tonned more that are better than the games (which are good but not all great).

How can you not have Byrne – Fischer