The game of chess is incredibly complex and complicated. There were many champion, many tournaments and matches, many lost and won games. Here we present you the list of top 25 world records in history of the royal game.

You will learn things like who is the best chess match player, how many moves was the longest game , what was the largest chess tournament , etc. 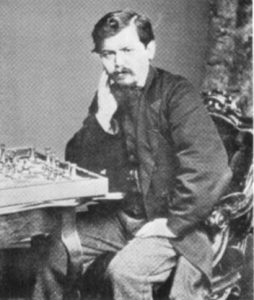 The longest tournament chess game (in terms of moves) is 269 moves (Nikolic-Arsovic, Belgrade 1989). The game ended in a draw after over 20 hours of play. 10 games have been 200 moves or over in tournament play. 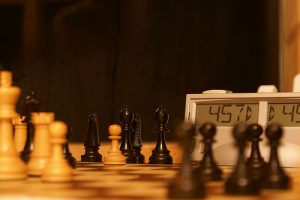 Emanuel Lasker was world chess champion for 26 years and 337 days.

Grandmaster Susan Polgar player 326 opponents simultaneously at a shopping mall in Palm Beach Gardens, Florida on July, 2005.She won 309, drew 14, and lost 3.Her winning percentage was 96.93%. 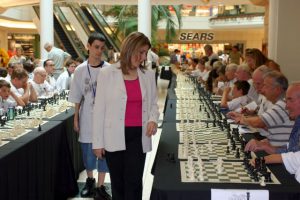 As pointed out by Mr. Hugh Brodie on Facebook:

Zoltan Sarosy (Toronto, Canada) turned 107 in August (2013). He was a strong correspondence player, and apparently still follows (and occasionally plays) the game.

As pointed out by one of our readers:

Aaron Schwarzman, an strong argentinian chess player (he was 3rd at the Argentinian Championship 1933 and 1935, and won the international Mar del Plata 1934, lived 104 years.

ArthurDake(1910-2000) was the oldest competitive chess grandmaster.He was still playing in rated chess tournaments at the age of 89.

Correction: as pointed by one of our readers: GM Enrico Paoli played his last official tournament at the age of 94.

WilliamSteinitzwas 58 years, 10 days when he lost his title to EmanuelLaskeronMay 26, 1894.

In 1992, Fischer won $3.65 million fordefeatingSpassky, who got $1.35 million in their world championship rematch. Total prize fund was $5 million.

Note: there is a confusion associated with this statement since the original Fischer-Spassky World Championship Match took place in 1972. The prize fund wasn’t nearly as big though.

The strongest chess computer is Houdini, with a rating of 3300. 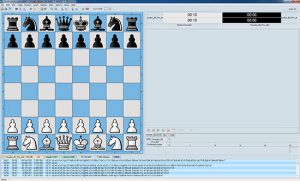 In 2011, the Tal Memorial in Moscow was a Category 22 tournament, with an average rating of 2776, making it the strongest tournament ever. Four players were rated 2800 or more.

SergeyKarjakin, born in 1990, became a grandmaster at the age of 12 years, 7 months.OnAugust 20, 2002he fulfilled his 3rd and final GM norm at the international tournament inSudak.

Bobby Fischer had the highestperformancerating of 3080 when he defeated Bent Larsen by the score of 6-0. 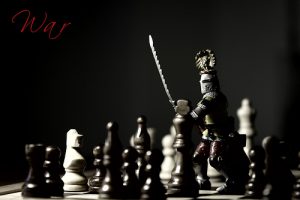 In 1935-36, the USSR Trade Unions chess championship was held.It had 700,000 entrants, the largest of any chess tournament.

White made its first capture after 94 moves (Rogoff-Williams, Stockholm 1969). 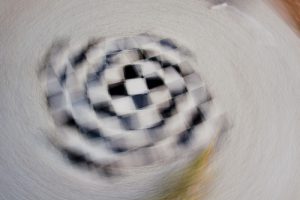 The longest solution to a composed chess problem requires 292 moves. 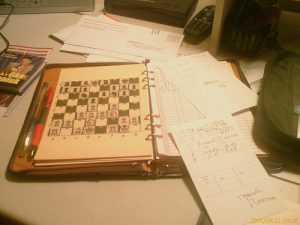 21. Most queens on the board

In Szalanczy-Nguyen, Budapest 2009, 6 Queens were on the board at the same time. 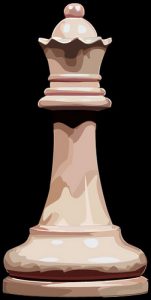 On the July 1972 FIDE rating list, Bobby Fischer’s rating of 2785 was 125 points ahead of the second-highest rated player, then-reigning World Champion Boris Spassky (2660).

This game was played between Viswanathan Anand and Boris Gelfand in game 8 of the World Chess Championship 2012. The game lasted only 17 moves, ending with Gelfand’s resignation.

The highest Elo rating a player has ever received from FIDE, the World Chess Federation, is 2872, which Magnus Carlsen achieved on the February 2013 list. 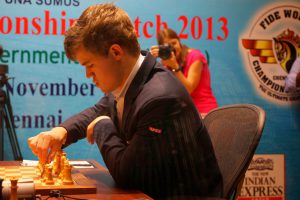 For those who asked to add a blindfolded world chess record here it is:

Shrii P. M. Kantak is state of Goa India champion at junior level. Senior level and vetaran level. Is it a world record? Any suggestions please

1886-1894 equals 28 years for Wilhelm Steinitz World Championship reign. Lasker did not beat that record with 27? Your information is not correct.

1886 to 1894 is in fact eight years, not 28 years. Steinitz apparently liked to refer to himself as “World Champion” after Morphy’s retirement (and Steinitz’s defeat of Adolf Anderssen in 1866), but he wasn’t officially the World Champion until he defeated Zukertort in 1886.

Steinitz was WC for 28 years! Your info is incorrect and misleading.

Hello Mr. NM Leland Fuerstman. Thanks for sharing your thoughts we really appreciate it.

“In April 1894 the British Chess Magazine described Steinitz as holding “the chess championship of the world for 28 years”. However, there is no evidence that he claimed the title for himself in 1866.”

Lasker held the record for almost 27 years, to be more exact 26 years and 237 days, how can he beat his own record?

#12 is out of date. Houdini has been strongest for the past few years, but was recently overtaken by Stockfish version 5, now 40 ELO stronger on most rating lists. Its most recent victories against Houdini were at the Thoresen Chess Engines Competitions, both regular and Chess960 tournaments.

(The “most consecutive wins” record belongs, if I remember correctly, to Steinitz with 25.)

What about this one? 🙂

I have included your records in the list! Thanks for your feedback! 8)

Aaron Schwarzman, an strong argentinian chess player (he was 3rd at the Argentinian Championship 1933 and 1935, and won the international Mar del Plata 1934, lived 104 years! http://es.wikipedia.org/wiki/Ar%C3%B3n_Schvartzman

Correct record for most number of simultaneous display[/quote]

Chess should not have existed prior to the 1980’s because it was a development of the Filipino board game called “Dama”. I’m sure about it because it started with me. All prior records should, therefore, have merely been baseless and can be verified by objective scientific tests.

Correct record for most number of simultaneous display

Good point Flemming, I have rephrased #11 and added a note. 8)

That was definitely a typo. Now it is corrected, thanks to you!

Hello Tom, I have added the blindfolded chess records into the list.

Thanks for the suggestion!

Should include a record for blindfold chess