Most people know basic chess rules such as how pawns and pieces move, how the king is getting checkmate, and so on. But there are also a few chess rules that novice players are unaware of.

For example, when you capture somebody’s pawn via en passant they may look surprised and claim illegal moves. That’s because many casual players don’t know that rule even after they play many games.

They just never use it, but sometimes it may be pretty handy. How many people read a hundred page “official chess rules” handbook before they start playing? Not many. The goal of this article is to educate chess players about these advanced chess rules.

En passant is a technique of capturing an opponent’s pawn if the pawn moves two squares from the starting position so that if the pawn moved just one square it could have been captured. That may sounds a little bit confusing but let’s take a look at the diagram below. 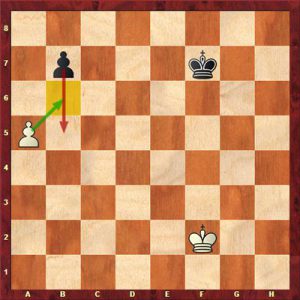 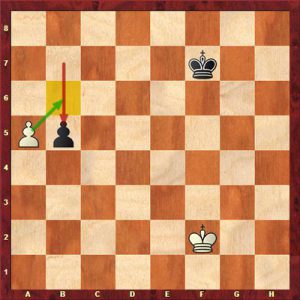 Taking the pawn via En Passant

The b7 pawn plays b7-b5 jumping through the square b6 (yellow) where it could’ve been captured by the a5 pawn. In order to avoid the situation when one pawn uses the two square advance to avoid confrontation with the opponent’s pawn, there is a rule in chess which states that the pawn can be taken just as it did not move 2 squares but just 1.

Therefore if black plays b7-b5, white could simply play a5xb6 taking the pawn. Notice that white pawn ends up on the square b6 after capture.

Many times I have witnessed (on various chess forums and online chess servers), players claim a software bug when that happens. In fact it just one of the chess rules, called en passant.

I’m pretty sure many of you are familiar with this one, if so you can just skip it and go to the next one. Castling is ability of the King to jump over the its own rook. It can only be done once in the game and only if the king and rook have not moved. 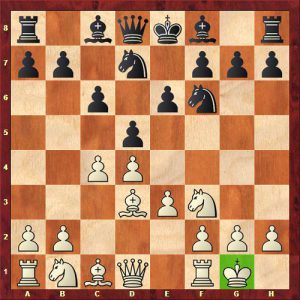 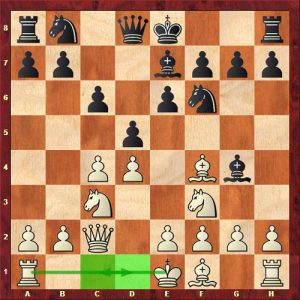 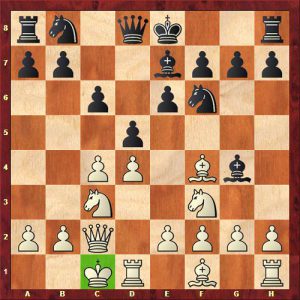 Why do we want to castle? It puts the king to safety (in most cases) and connects the rooks saving some tempos.

Tip: If you play official over the board chess it is strongly recommended to first take your King and put it on the square it’s going to end up after castling and only then place the rook. Otherwise, if you touch the rook first your opponent may claim the touch move and make you move the rook instead of castling. Always castle the right way to avoid such problems!

We already know that you cannot castle if either the King, the Rook or both have moved. But that’s not the only possible scenario which prohibits castling.

One the diagram below black wants to castle king’s side, but that’s illegal since the g8 square is attacked by the c4 bishop. It is illegal to castle if after castling the King is going to end up in check. 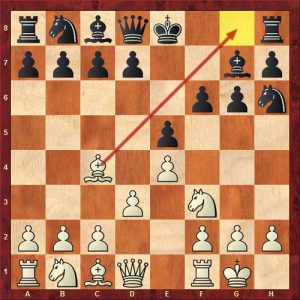 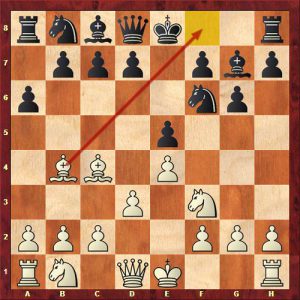 No James,
Its not possible that way.
There shouldn’t be any piece.

if there is an enemy piece such as a knight in your home row between your king and rook, is it possible to castle and take that piece

These are not advanced rules. These are basic rules of chess.

2) You cannot castle in response to a check. Your king must not be in a check when you castle.

3) Also just to clear up a common confusion, you can castle when your rook is under threat.

Yes the opponent’s king has to be blocked by other pieces to avoid instant checkmate by 9 queens:)

Hello Dave, that rule is called “Promotion Rule”. It means that if a pawn manages to make it to the opposite side of the board it is replaced with any chess piece (expect for the King). You can get 2 Queens that way. Good luck!

My grandson managed to get his pawn in to my home row and demanded his queen. I said that is not a chess rule it is a checkers rule. Please let me know about this question about getting into the opponents home row and asking for the return of a captured piece.
Thank you for y