3 Things That Prevent Us From Winning “Won Games”

Materializing the advantage into a full point is an issue that will go along with you during your whole chess career. Frank Marshall pointed out that “Winning a won game is the hardest thing in chess”. Well, not really; defending a lost position is probably harder, but what he meant is that it’s never easy to complete the task and finally force your opponent to resign. In this article we will have a look into this aspect of the game in order to understand why is it so difficult to achieve the ultimate goal of the game, especially for beginners.

When you have a position with large advantage, there are a few psychological aspects to take into consideration. For example, here is what we consider the three most important to keep in mind:

1. Relaxation – Perhaps the most common factor.

We tend to think that everything is done, that the game will be over shortly and that our opponent will handle the full point without any resistance. As a consequence, we not only may overlook his resources, but they can also come as a shock and the psychological impact they have on us can lead to mistakes on the board.

2. Unclear idea of what your advantage is.

Many times the advantage is overwhelming; it can be positional and material advantage combined. These positions are tricky because there can be more than one or two roads to fulfill the victory and one can easily chose a wrong path. For example, choosing to go for an attack when the right path could have been trading all pieces into a superior endgame. Also, lacking clear-cut ideas when you’re winning and fearing ghosts in the position make it very easy to make imprecision that will interfere with your victory. Our advice is to stay aware of your opponent’s resources, but don’t fear any ghosts!

This is highly important. There are several won/ drawn theoretical endgames that every chess player must know. This will be of great help when it comes to making the decisions regarding trades or endgames to reach. It is very important to enrich your knowledge in endgames, especially rook endgames.

In my own career during tournaments I have experienced what it’s like to fail converting large advantages; several times actually. Many times this happened due to miscalculation, but they are mostly all connected with the three points mentioned above. Let’s examine the following positions in order to understand the reasons why this happens. 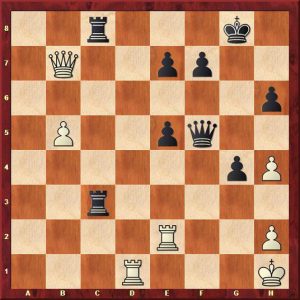 This has to be one of the most embarrassing non-wins of my career. Black has virtually three extra pawns and it should be an easy win, perhaps too easy. Over-relaxation combined with a poor rook endgame technique let my opponent escape (points 1 & 3). A real tragic finish. 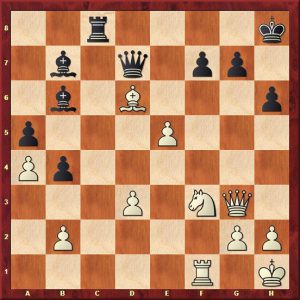 This is a good example on how relaxation can lead to mistakes that can even cost the full point. If we look at the position here, we see that black has a clear advantage due to his powerful bishop pair that attacks the white king and the imminent invasion of the rook on the 2nd rank (c2).

However, our opponent is not resigning yet and it is necessary to keep control and be aware of his own resources. In the game I went wrong with 39…Rc2 and totally overlooked my opponent’s next idea which gave him enough counterplay.

In our last example black was not winning, but he could have made a draw in a difficult position. I have decided to include this game as part of our point number 3 – knowing as many endgames as possible. During the game it is very difficult to evaluate the consequences of some endgames, but if you have a previous knowledge, your decisions will be easier to make. See the next diagram: 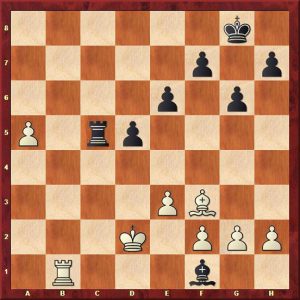 The material is even, but white has a dangerous passed pawn on the A file; what should black do? Candidate moves are either to remove the bishop from f1 or to sacrifice it for two pawns – g2 and a5. It is difficult to sacrifice a piece if you don’t have a clear idea of your chances to hold the endgame, but it was the correct decision as black’s drawing chances in the resulting position are very high, if not guaranteed.

Of course, I didn’t know this for a fact until I researched this endgame later. In the game I went 33.Ba6 and lost without any second chance to get in the game.