4 Things We Can All Learn from the Candidates Tournament 2018 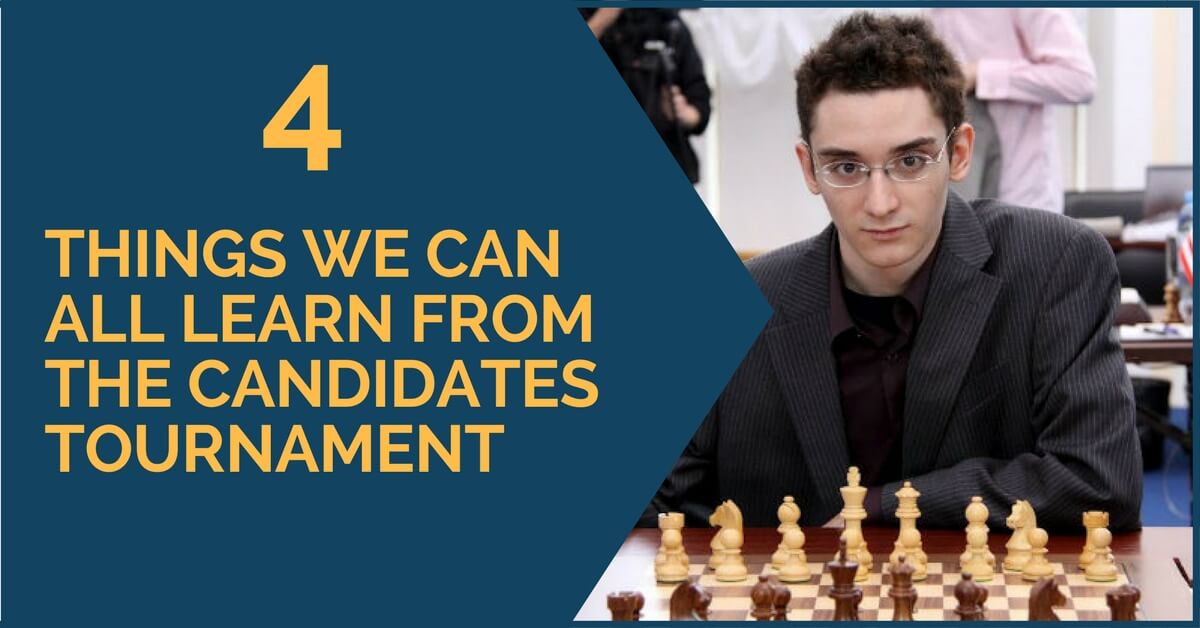 The Candidates Tournament played in Berlin to decide the next world title challenger is over and it will be remembered as one of the most spectacular tournaments in the history of chess. With plenty of fighting chess, us, the fans, got a daily share of entertainment that is hard to compare to anything we can remember.

The tournament was interesting overall and every player showed great fighting spirit and determination. We found 4 points, in particular, to be quite interesting and they can serve us not only as experience lessons but also as inspiration.

After starting as the main favorite in all the polls proved once again how hard chess at the top level is and how unpredictable it is.

He didn’t find his form during the tournament and played way below his level. The meltdown was inevitable and at this level when a player is in bad shape there is no mercy from the rest. Overall, he seemed to be unprepared and lacked resources.

Aronian is one of the greatest players of our time and watching him come back from this bad result is going to be sweet.

2.Kramnik’s ever willingness to fight every position with black or white, better or worse

Kramnik didn’t save anything for the next day throughout the event; he tried his best every day. This is a highly valuable lesson for all of us.

Success is never guaranteed but at the board, we have to push ourselves to the maximum sometimes, leave the playing hall with a clear conscience that we tried everything.

Karjakin is a fighter, a very resilient player. After a poor start, he silently moved to a position where he could join the leader (Caruana) but he needed to beat him. He had the white pieces and didn’t miss his chance.

This is quite impressive, a demonstration of strength and the cool head. The victory was not a surprise for many of us; Karjakin’s determination is well known among chess fans and Caruana’s nerves betrayed him. Nothing riskier than playing it safe.

Yes! This is the most important of all. Fabiano showed great chess from the start after a brilliant win against his fellow American Wesley So in the white side of a Catalan Opening. Caruana’s strategy was nearly perfect; with the white pieces he fought hard to make the most out of his initial advantage and with black he stood solidly with a well-prepared Petroff Defense.

That being said, it is only fair to mention that except for the game he lost against Karjakin, the Petroff worked out very well for Fabiano and he obtained positions that could go in his favor too, not only towards a draw. Those were the cases against Kramnik and Grischuk in the last round. He won both games with fantastic play. So this means that the Petroff is just as playable as any other opening, even for a win?

You bet it is! Especially in the times of modern chess the victory lies way far from the opening. The Petroff seems to be a close to equal defense and it offers two interesting scenarios: the stronger player is likely to impose his strength in an equal position or the player with white is at risk of overestimating his position and make mistakes which will allow black counterplay.

Caruana showed diversity in the openings, he became less predictable. He took the idea of Qb3 in the Catalan which in his own words is not much of anything for white but it gave him a fresh game. Against Aronian, he brought to the board the unpopular 9.Bd2 with the exact same effect, a fresh position far from the latest trends.

That’s one important lesson for all of us mere mortals. In times when the theory is overwhelming and everyone is so well prepared, it is a good idea to find a sideline and force your opponents to show their skills and understanding, rather than following the main lines that everyone has in the books.

This is our take on the Candidates Tournament, feeling very inspired from each one of the players we look forward now to the match between the two Cs of chess.