5 Reasons Why You Should Study the Classics 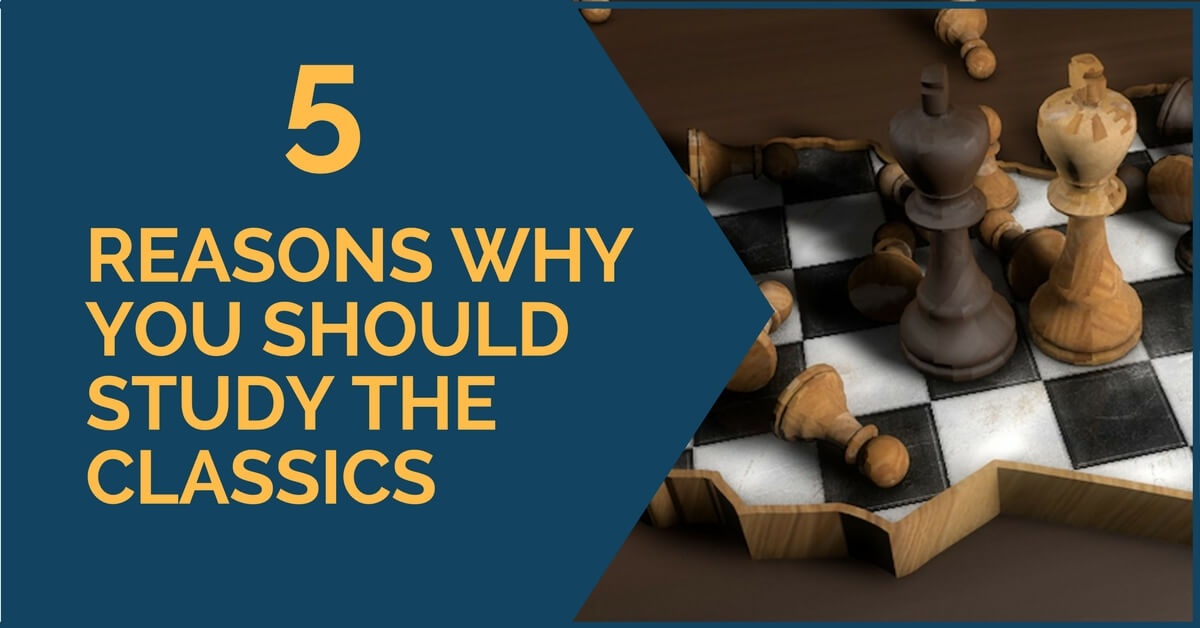 Nowadays there are many chess players who focus a lot on theory and trying to get an advantage, even the slightest one, in the resulting middlegame. With the advance of technology and all the strong engines available, the search for novelties is constant.

Many players invest a lot of time in learning long complicated lines and tend to give less importance or simply not pay as much attention to the other parts of the game. However, we are strong believers that studying middlegame and endgames is what helps you become a better player. Also, we are advocates of including the study of classics in your training schedule.

Go through the games of strong classical players like Rubinstein, Alekhine, Botvinnik and so on, but also include the contemporary ones like Kasparov, Kramnik or Gelfand. It will help you improve your play a lot and we have drawn a short list of the reasons why.

Studying the classics will help you improve your overall play. Classical games have everything; they are like an extended lesson of clear chess. You can learn a lot of chess strategy, but also see beautiful attacking games and great endgame technique. When you play through the games [here are 9 must-know classic games for you] it is important that you try to understand the ideas behind the moves and find the plan in the positions.

The ideas are usually clear and most of the times you will find the play simply brilliant.

2.Enriches your culture of historical games

It is amazing to watch the top Grandmasters quoting classical games and even being able to tell the place and year they were played. Seeing many games helps you learn the important patterns, both strategic and tactical ones and be able to recall how other games have been played in similar situations.

It will become easier to find plans in some particular types of pawn structure or other types of positions, such as opposite-colored bishops, knight versus bishop and so on.

3.Improves understanding of the modern theory

This might sound out of place, but by knowing how everything started, seeing from where the current lines have developed is very important. In order to become an expert in an opening, you have to know the classical games and see the way they handled the key positions.

You will learn a lot about the plans you can use and how to put them in practice. You will also know what to avoid and what type of positions to be looking for.

4.Teaches how to think

As you already know, classical games don’t involve a lot of theory. The theoretical moves ended quite soon compared to the length we go to nowadays when analyzing a variation. After that, the players had to come up with a plan – that’s how everything that we know now as “common knowledge” was built.

They had to think on their own and, most importantly, be creative.

Come up with ideas that will make their opponent feel uncomfortable in the position. In fewer words, classical games can teach you how to think, how to take in account all aspects of the positions and find a suitable continuation.

Classical games are a never-ending source of examples on how to play the endgame. There were many players who had an impeccable technique in this phase of the game. Take Rubinstein, for example. He is well known for the way he handled the endgames, especially the rook ones. He had a great technique and knew how to exploit small advantages and turn them into a win. Another player who was great at converting small advantages was Botvinnik, and the examples don’t end here.

We hope that this article will give you an extra motivation on including the classics in your daily training routine. If you don’t know where to start, you can check out our series of articles on “Learning from the Legends”, which can give you a slight idea about some of the classical players’ style and what you can learn from them.