5 Reasons Why You Should Try Fischer Chess 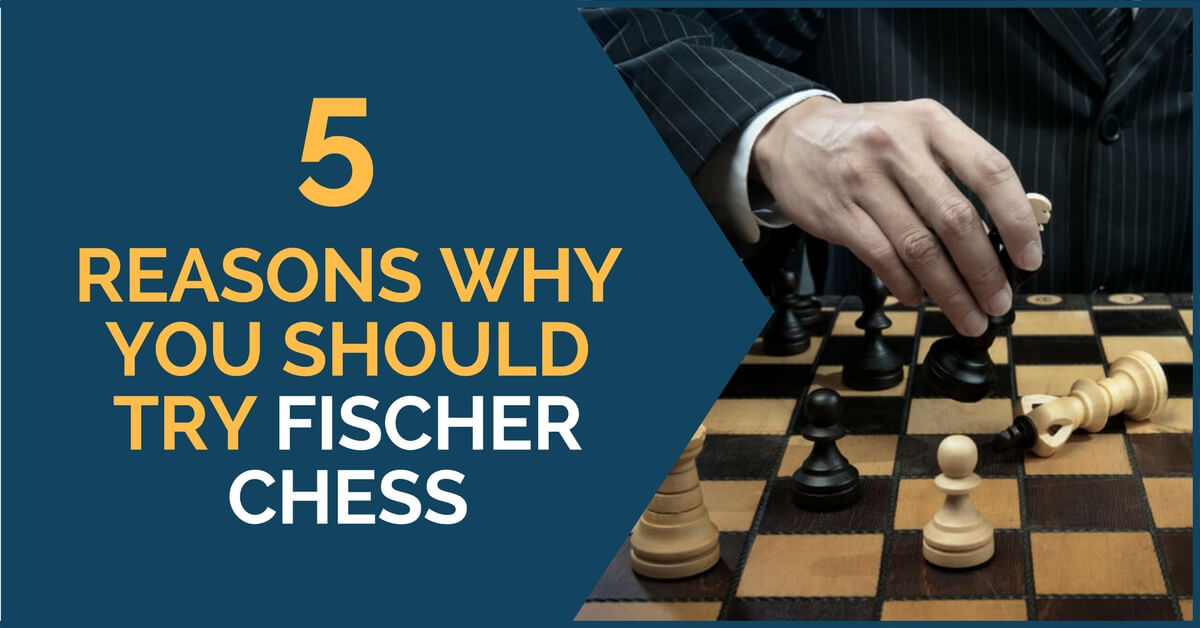 Fischer Random chess, also known as 960 chess, is a variant of chess invented by the former World Champion Bobby Fischer and has lately seen a high increase in popularity, amongst both amateurs and top Grandmasters. The rules are the same as for classical chess, the only difference being the starting position. The pawns remain on their squares, but the rest of the pieces are scrambled. The result is 960 possible starting positions, hence its alternative name. Another important difference from the classical chess is the time control – all the championships that have been organized so far have been played at rapid time control.

If this form of chess could be played mostly on the internet, we have lately had some high-scale events of Fischer chess, such as the match between Nakamura and Carlsen or the European Cup organized during the Reykjavik Open.

More and more people have started to play it and, with the rapid development of technology and computer help, some even went as far as saying it is the future of classical chess.  Why is it so popular and how could it help you improve?

Here are some of the reasons:

Fischer random relies on pure chess; you don’t have to learn any long and complicated lines to get an advantage out of the opening nor you can lose the game because of a big mistake in the opening or simply because you have forgotten your preparation.

The starting positions are so numerous that it is impossible to imagine someone could actually develop some kind of theory for it.

As you have probably already guessed, you will need a lot of imagination in order to get your pieces out. The positions are not “known” anymore, so you’ll have to find new ones where your pieces can be active and cooperate harmoniously.

It can sometimes be quite challenging, but that’s where the beauty is – trying to outplay your opponent, finding weaknesses in his/her set-up and the right way to use them in your favor. Although the positions are different, the basic concepts of chess are the same and perhaps even more important than in classical chess – identify weaknesses, create a plan, stop your opponent’s ideas and so on.

One theory has been eliminated from the equation, the only thing that remains is to play chess and show all the skills you have been accumulating during your training sessions.

Sure, it will probably be difficult to obtain positions similar to the ones you have been training with, but the concepts are the same and if you have a good positional understanding and tactical vision it shouldn’t be very difficult to do it.

After so many years of playing classical chess, we already know most of the patterns and the way we should approach them. In random chess you could probably still obtain something similar to what you have seen before, but with a completely different piece development!

The starting position is not always harmonious and can give you real headaches, but getting out of difficult situations like this can only help you improve. You have to learn to adapt to new situations and make them work in your favor.

Last, but not least, Fischer random chess can be a lot of fun. The positions are new for every player and it’s interesting to see different approaches to the same “weird” positions.

Players try to outsmart each other by creating set-ups the other didn’t think about and taking advantage of the opponent’s choice of development.