5 Things to Do in Winning Positions 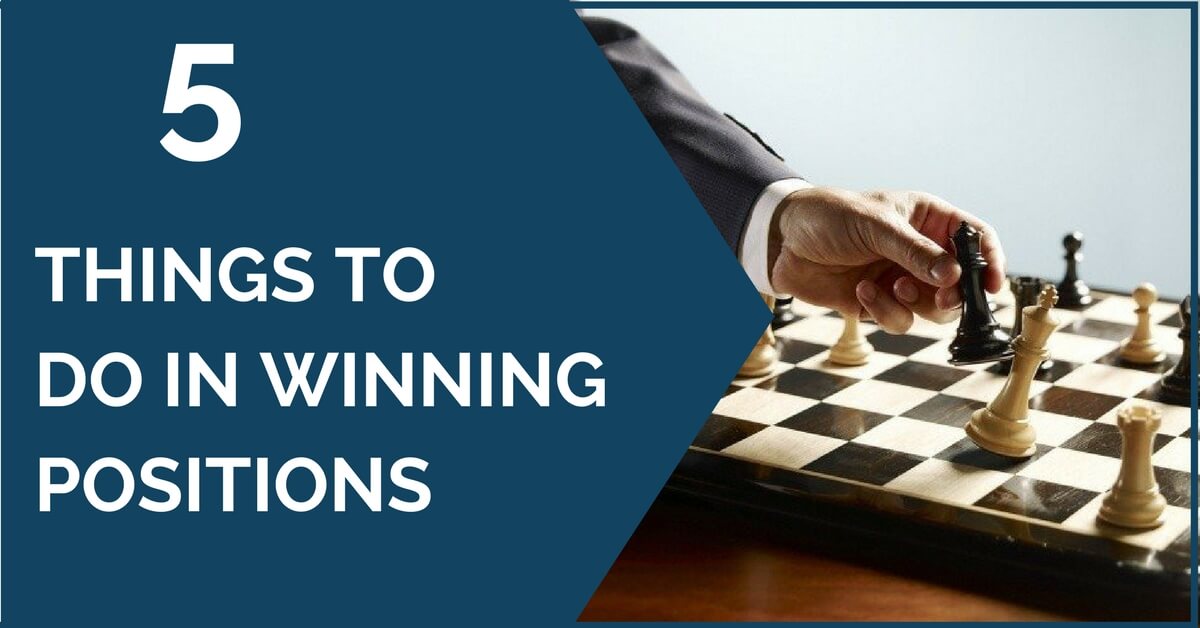 In one of our last articles, we were giving you some practical advice on how to play in worse/ losing positions. Today we are going to talk about a perhaps even more difficult situation – positions where you are much better or even winning. We say more difficult because it is when most mistakes happen and the position can suddenly turn around and we find ourselves on the difficult side. Many players tend to relax when they feel like they are winning and a moment of loss of concentration can prove very dangerous. The influence of a bad move in a winning position is most of all psychological; many players are not able to get over the fact that they have gone from a completely winning position to one that is only slightly better or even equal and they quickly collapse as a result.

So, how should we act when we have a winning position?

Here is our advice:

It is often the case that the win of material or achieving a much better position can get us over the moon. However, you should remember that the game is not over yet and the opponent won’t give up easily. He/She will try to make it difficult for you to convert the advantage and will be constantly trying to set small traps. Control your enthusiasm and keep your head cool; do the same things you have been doing before getting into a winning position – be on the look for your opponent’s ideas, play with a plan and most importantly, keep the initiative.

Control your enthusiasm and keep your head cool; do the same things you have been doing before getting into a winning position – be on the look for your opponent’s ideas, play with a plan and most importantly, keep the initiative.

Check how much time you have left on the clock and tell yourself to employ your time on thinking how to convert the advantage. Do not be tempted to win on the clock if your opponent is low on time. This scenario is very common. The player who is lost goes intentionally (or not) into time trouble or starts playing very fast in order to get you to do the same and increase his chances of survival. Our advice

The player who is lost goes intentionally (or not) into time trouble or starts playing very fast in order to get you to do the same and increase his chances of survival. Our advice is if you have 20 minutes left and a winning position, at least employ 10.

Here is a position that occurred in the recently finished Spanish Championship: 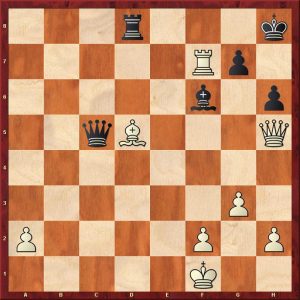 White has been playing a great game and has reached a winning position. It is worth mentioning that in this moment he still had 35 minutes left on the clock, while his opponent was low on time and playing with the increment.

Instead of taking his time and finding the best way to continue, he instantly played 28. Rd7?? which looks like a nice tactic at the first sight, but he had to immediately resign after 28… Qb5+.

3.Choose the safest route to victory, not the shortest

When having a winning position, many players suddenly get into a rush and feel like they are indebted to finishing as quickly as possible.

This is usually a wrong approach and many times based on taking risks; the most important is bringing back the full point and it doesn’t really matter how long you take to do so.

When selecting your candidate moves, choose the variation that deprives your opponent of getting counterplay [here is how to start calculating better].

The slightest hint of initiative for your opponent can make the position more complicated and give him/her unnecessary chances. Even if you are still winning, you will probably have to start finding only moves, which always makes the game more difficult.

It is easy to relax when you feel the win is close, but bear in mind that your opponent is in a totally opposite situation. You have to be as alert as he is and try hard to play the best moves in order to not fall into a trap.

The points you mentioned are directly to what many players need to bear in mind well . You deserve to be a grand master . Thank you