5 Things to Know about the ‘Young Big Vlad’ 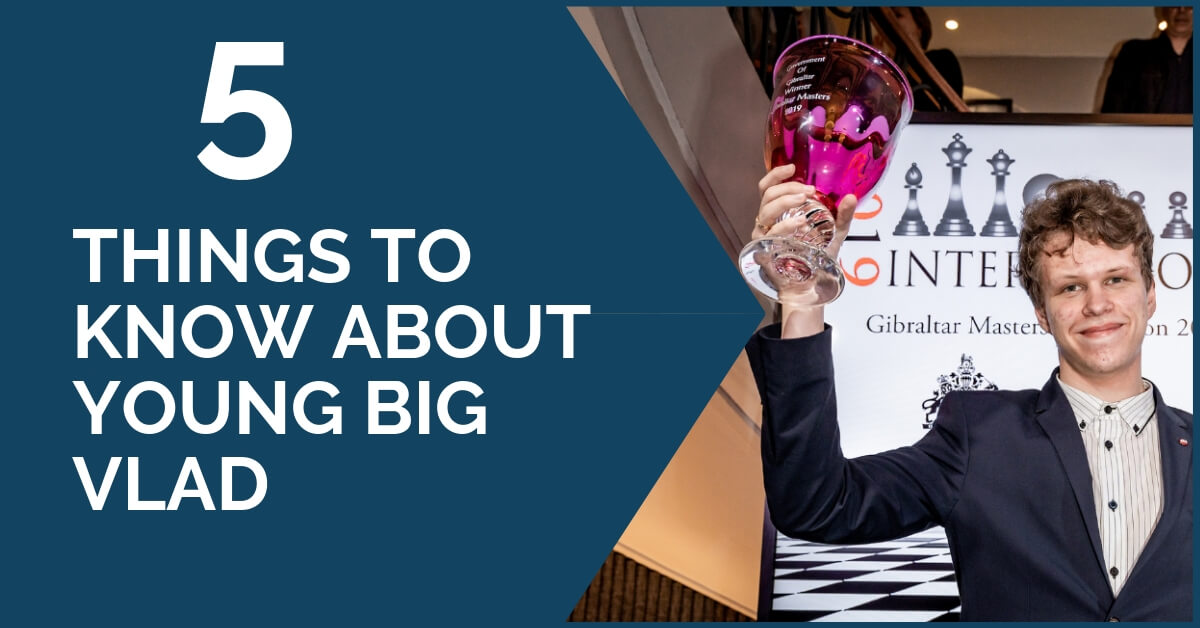 This year has started with rather sad news for the chessplayers all around – Vladimir Kramnik, or Big Vlad, as he has been known for years, one of the classics of our times, has decided to retire from competitive chess. His game and style of play have been an inspiration for many strong and aspiring players and we can only say that this is a big loss for the whole chess community.

However, 2019 seems to be the year of another, rising Vlad – one who has shown great form and beautiful chess – the recently crowned European Champion, Russian Grandmaster Vladislav Artemiev.

If he hasn’t been on your watch list before, here are a few things you should know about him:

To illustrate Artemiev’s playing style we have selected three games played this year, one from each of the tournaments mentioned above. One of his most important wins came early this year, against American top Grandmaster Hikaru Nakamura in round 7 of the Gibraltar Open. The game was a Reti where you can see clearly how he is constantly looking for attacking ideas and wants to grab the initiative. It is very instructive to watch how he builds the attack and combines it with good calculation in order to get a decisive advantage.

Artemiev was part of the Russian team at the World Championship as a reserve player but proved to be an important asset since the first round. With all the other 3 games ending in a draw, the young Grandmaster brought his team the victory over Iran after defeating another rising star, young talent Alireza Firouzja.

The fight for initiative and the search for active ideas, something that you will identify as a pattern in his games, is not absent in this encounter either. Check out this interesting clash below:

You may have noticed that in both games Artemiev had the white pieces. He seems to have discovered the secret of converting the advantage of the first move, as this trend continued in the European Championship as well – he won every single game played with this color. Again, he scored two wins over another two young talented Grandmasters, Lucas van Foreest and Andrey Esipenko.

However, for this article, we have chosen to show his win against veteran Grandmaster Zbynek Hracek – another masterpiece of attack.