5 Things You Should Never Say to a Chess Player

Many chess players take the game pretty seriously, so if you start questioning their devotion don’t get surprised if they become somewhat aggressive. Whether you are a chess player or not you can’t deny that chess is the most popular “board game” in the world. If you have chess-playing friends and want to keep them this article is for you!

One of the popular beliefs is that chess is for kids. That probably comes from the fact that we see many kids playing chess and then don’t see them as adult players anymore. If you take any other sport, for example basketball, you can easily spot both young players shooting hoops in the park and NBA action on the TV. It is similar in chess, however the game isn’t being televised as much, making many believe that chess is a “kid’s game” with no pro-level competition.

This is far from reality, as there are many professional chess players out there. It is estimated that there are around 1800 Grandmasters, 3500 International Maters and about 7000 National Masters making the number of “pro-chess players” anywhere between 5,000 – 10,000 (most of these are not kids at all). 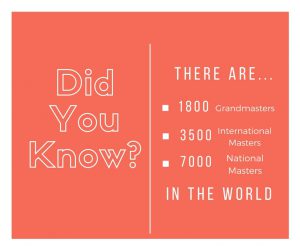 If we compare that with basketball, NBA has around 450 players, European and Spanish leagues add another 1,000. Including all other basketball leagues all over the globe we can probably end up with around 10,000 pro-basketball players. That number is very comparable to the number of professional chess players world-wide.

The short answer is “no”, chess is indeed not just for kids. But if you want to achieve more in this sport, it is better to start from early on.

2. Checkers is a better game!

These are two totally different games, and none of them is better or worse. They are just… different. No one compares oranges to apples, snowboarding to skiing or swimming to running. These are all very-very different things and so are chess and checkers.

Chess is by far a more complex game, with a much greater number of variations and rules. Checkers has fewer variations and was recently solved by a computer. That however, doesn’t make it any easier to play on professional level. Chess is considered to be the most popular board game in the world with over 605 million players. Checkers claims the number 2 spot by popularity among board games. 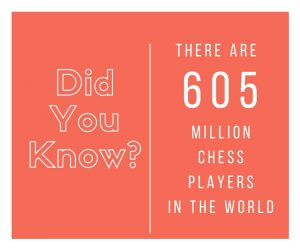 3. Playing chess is waste of time!

Many people believe that playing chess is waste of time, because it is just a game and doesn’t have any real benefits. That is not the case. Chess has many benefits for your brain. Perhaps the most important one it can raise your IQ. Playing chess involves constant decision making and problem solving.

Playing chess also has many other benefits including preventing Alzheimer’s disease, increasing your creativity, improving concentration, reading skills and even growing additional dendrites – tree-like neural cell connections in the brain. 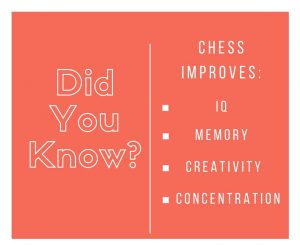 4. Chess is only for nerds!

Chess is for those who love the game. This is a game played by everyone from professional athletes, to truck drivers, businessmen, scientists and cooks. One doesn’t need to be a genius to play chess. People from all over the world of different ages, and occupations play chess. 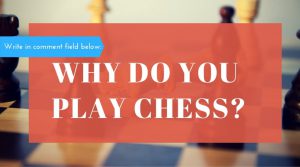 Chess may appear boring for those who don’t know the rules. The same concept is applicable to many sports i.e. baseball or cricket. Once you learn the rules of the game and understand what’s actually happening on the board, the chess is far from boring.

Pulling out a win in a dead lost position, in a big tournament where tens or even hundred thousands of dollars are at stake is far from boring. Even winning a local chess event is a big deal for those loving the game. Winning makes you very excited and almighty, while losing makes you feel temporarily depressed. These are very similar emotions to those common in any other sporting event, such as tennis or soccer.

1. Chess are for everybody. They are as great for kids as for the adults. 2. Checkers usually are more dynamic game and there is nothing wrong to play it no matter how good in chess you are. 3., 4. and 5. This could say only a person, who never played chess 😉 This is the best game, because you can make it a one minut game as well, as full time one, and it’s impossible to get bored by it. So many possibilities, different situations, and you don’t always need to play all the game or need someone to play with. You can always focus on solwing the chess problems. I can recommend a very good and briliant book, that can bring you a lot of fun. It’s alll about chess. The rules of chess are very simple and children can learn them already from around the age of three. Not everyone can or wants to become a professional chess player but everyone can use chess for learning. For this purpous I can recommend a book (net-boss.org/chess-puzzles-for-kids-by-maksim-aksanov) with bunch of great exercises, which will help you and your kids to be better in this 🙂

Agree, chess isn’t a boring sport at all!