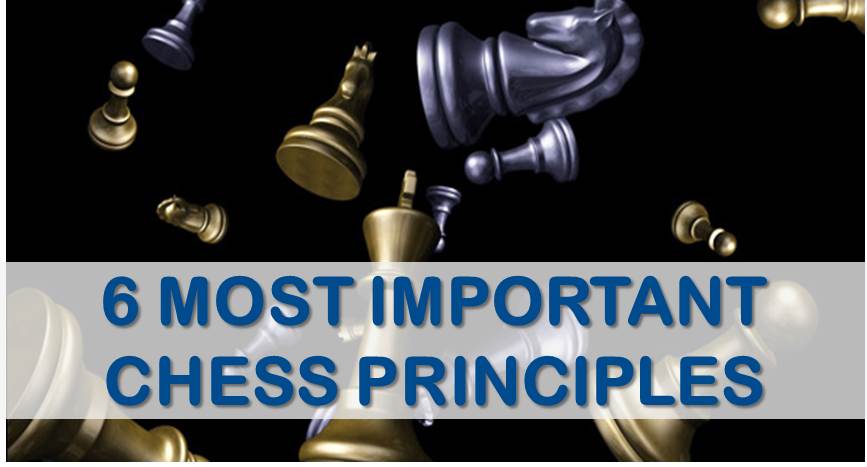 Since my very first steps in chess, I came across a very important lesson: the chess principles, or general laws of chess, must be respected.

Everyone around me, from club players to chess Grandmasters was stressing the importance of following them, so I took their word for it.

Now, after so many years of playing chess, this is the first concept that I present my students. Before showing you how strong players use these ideas in their games and how they punish their opponents for not respecting them, we’ll introduce you to the general chess principles and their history.

Chess players have been aware of the importance of occupying the center for a long time. Players of the 16th and 17th centuries were striving for a quick control of the center, but their idea was to quickly open their pieces and start attacking the king at any cost. The pawns were not important in their view and, because of this, they were sacrificed in the players’ quest for the king. This formula sometimes worked, but many times the player would lose because of the material disadvantage.

It was Philidor who saw the importance of the pawns and developed the theory of the pawn centre and pawn chains which, if used correctly, could help win space and activate the pieces. The next important step in the chess laws history was the solution given by Paul Morphy. His strategies implied controlling the center with the pawns and rapidly centralize the pieces, pointing out the importance of tempo. The center became the focal point of the game, although this was combined with plans involving attacking the opponent’s king.

The next to develop these ideas were the first World Champion Wilhelm Steinitz and Mikhail Tchigorin. We could say that Steinitz was the one to establish the chess principles as we know them today. He stressed out the importance of weak and strong squares, positional advantages such as better pawn structure, the use of open files, the bishop pair, superiority of pieces, piece mobility and many others. He also showed the importance of a well-founded attack, which should only be started when having at least one positional advantage.

To sum up, the 6 most important chess principles are:

We will have a look now at games where one of the players disobeys one or more of the above stated chess principles and is rightly punished. With these examples (we don’t mean any of these players don’t know the basic concepts of chess, not at all!) we show the risk that takes when they decide to break them and how it often backfires.

Our first game is between Anish Giri and Mikhail Oleksienko [you can learn Grandmaster Level Positional Understanding directly from him], two very strong GMs. Black played a risky strategy of grabbing pawns with his queen in the opening before finishing his development. This resulted in a huge lead of development for white and soon black was unable to stop white’s initiative.

Our second example was played between Judith Polgar and Josef Horvath, both Grandmasters. Here black committed one of the most frequent mistakes one can make, grabbing material and falling behind in development. Not just that, but in this case, the price was too high as black also surrendered the bishop pair in an open position. Judith Polgar, a merciless player when given so much facility, went on to win convincingly.

Our third and last example is a really beautiful game between Grandmaster Evgeny Alekseev versus International Master Anuar Ismagambetov. As in the first example, black went pawn hunting with his queen at the cost of development. Later on he made a second mistake that was opening the center, making things easier for white.

We hope you have enjoyed this article and remember, whenever your opponent breaks any these concepts we have listed here, look for a punishment. It is very likely that the position has hidden resources just waiting to be found.