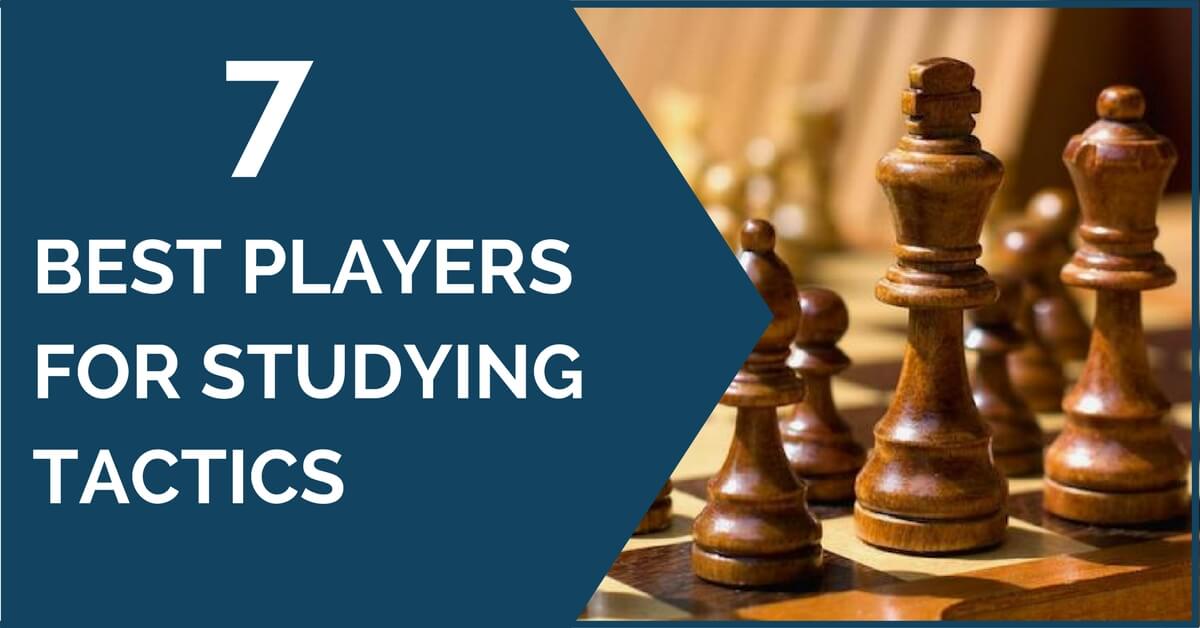 Developing a good sense of tactics is essential in chess. As positional as you may be and as strategical as you may play, there always comes a moment during the game where you have to show that you can also control the tactical side. It is like an exam, where you have to show that you’ve learned all the lessons well. If you want to sharpen your tactical vision and be able to play an attacking game, it does not suffice to only limit yourself to solving puzzles. You have to play through many attacking games and understand the ideas behind the moves players make in order to learn the subtleties of building a successful attack and handling a dynamic position.

In this article, we are going to indicate you the names of some aggressive players by excellence whose games are a good point of the start if you want to improve your tactical skills.

He was a very imaginative player and his games are rich in tactical ideas. He was an artist over the board who valued beauty more than the final result.

He was one of the pioneers of the King’s Indian Defense which he employed successfully and produced fantastic combinations with. He has co-authored the book “The Sorcerer’s Apprentice”, where he guides the reader through a selection of his games that are full of combinations and annotated with advice and anecdotes.

He is probably the most famous tactician of all times. It is often said that his combinations were not entirely correct.

However, they always represented an immense problem for his opponents, who were unable to be at the same level and come up with a good defense. Mikhail Tal was a player who trusted his intuition and by following his games you can develop this skill of playing for the initiative being down material and without seeing an immediate result.

Let us present you this player, because you may not have heard of him. Nezhmetdinov was born in the Russian Empire, in the part that we now know as Kazakhstan. He never achieved the Grandmaster title, but he had fantastic results against the former World Champions. He is most famous for having a positive score against Mikhail Tal.

He was fierce over the board and possessed a lot of imagination. His games are good to understand tactical chaos and how to react in such situations. Grandmaster Yury Averbakh was saying about him: “if he had the attack, could kill anybody, including Tal”.

One of the artists of modern chess, Topalov is famous for the exchange sacrifices which have become his personal trademark. His opening choices are always sharp, meant to engage in complex games with many tactical nuances.

Being a student of former World Champion Mikhail Tal, it is no wonder that Alexei Shirov has developed a liking for the aggressive play and often excels in complicated positions. He has the skill of developing an attack out of nowhere.

In his book “Fire on the Board” we can find numerous examples. One quality about Shirov is that he is also very strong in the endgame. This is probably due to his accurate calculation combined with intuition.

The youngest of the Polgar sisters is well known for her aggressive style and was particularly popular with the spectators in her youth for her willingness of playing wild gambits and attacks. In her games, she was always looking for complications and was constantly trying to get the initiative.

This made former World Champion Garry Kasparov write that, base on her games, “if to ‘play like a girl’ meant anything in chess, it would mean relentless aggression”.

It is hard to say anything that hasn’t been said about Kasparov. He is a player with a supreme dynamic style, intuition, and accurate calculation. Kasparov has built and executed some of the best combinations and attacking games in history.

Anand not being on the list simply makes it invalid

This is an amazing post to learn chess and I would forward this to train a few people who would love to play the upcoming chess tournament.