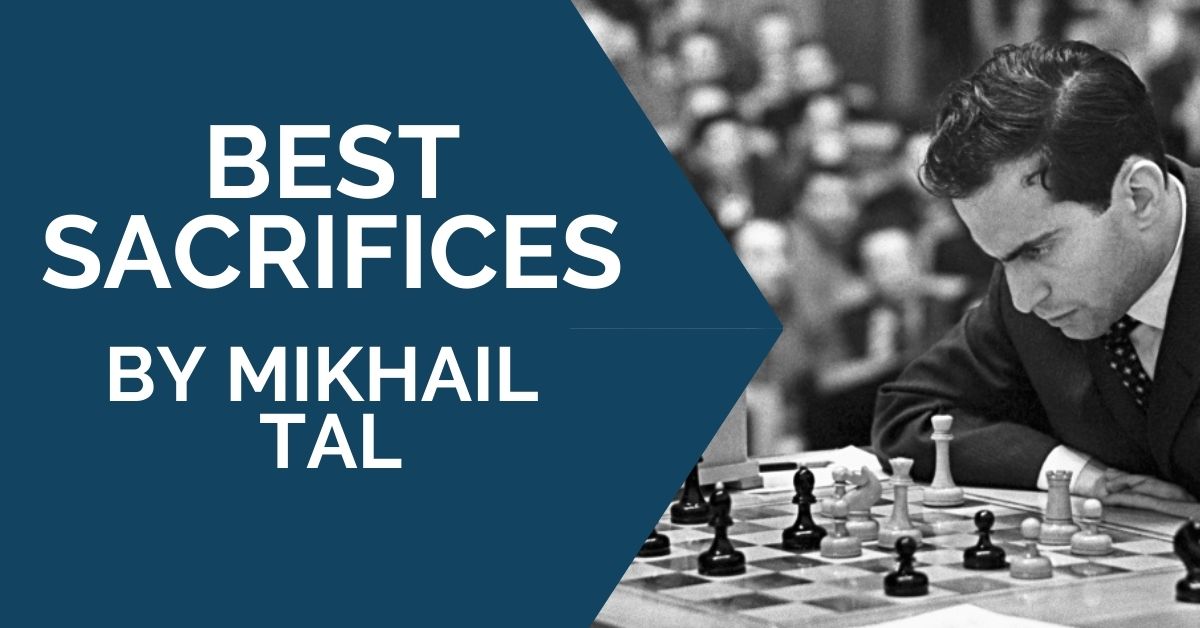 Mikhail Tal, the eighth World Chess Champion, is well known for his aggressive and imaginative style of play. His ability to take the game into his territory, his unpredictable style, and the impressive tactical ideas he found in his games brought him the nickname “The magician of Riga”. Most of his games are full of tactics and crazy attacks, but what made him so famous and even feared among fellow chess players are his intuitive sacrifices. He liked to play with the initiative and wasn’t afraid of sacrificing material for it. You will find many incorrect sacrifices in his games, but most of the time, even if the computer will show a clear (and sometimes even decisive!) advantage for his opponent, the positions remain complicated and unclear.

He has played many masterpieces throughout the years and many beautiful sacrifices. It’s difficult to choose his best and the list will probably differ from player to player, but in this article, I’m going to show you some of my own favorites. One of the games that have had a great impact on me when I first saw it is the following: 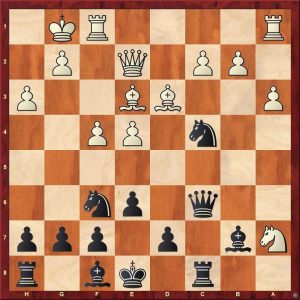 This game was a Sicilian Taimanov where white has just sacrificed a knight for two pawns on b5, forcing a draw. Black needs to keep the c4 knight defended and play Qc7, when white will return with his knight to b5, forcing Qc6, then Na7 leads to repetition. There are many games that ended in a draw here, but not Tal’s!

He was in no mood for a quick draw, so here he went for the daring 15…Nxe3!! The sacrifice is of course incorrect (hence the number of draws agreed here) and I don’t recommend you try this in a game, but it does show his amazing fighting spirit. His opponent didn’t react in the best way and Tal managed to reach an unbalanced position: 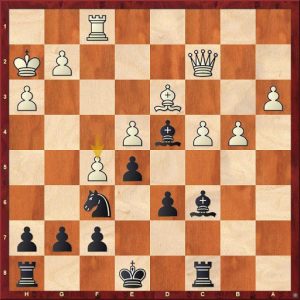 Black still doesn’t have enough material for the queen, but white can’t really break through and Tal found a beautiful idea to fight for the initiative. Here he continued with 22…Ke7! The idea is to play Rcg8 and then open the kingside with g7-g6. Of course, he ended up winning the game in great style and I recommend you play through his game and analyze it:

One of the openings Mikhail Tal played a lot is the Benoni and, if you are a fan too, I highly recommend you study his games. He showed many brilliant ideas and one famous game is his win again Gurgenidze. In the following position black had just played …Ng4, seemingly headed to the square e5. White answered with 14.h3 and Tal revealed his idea: 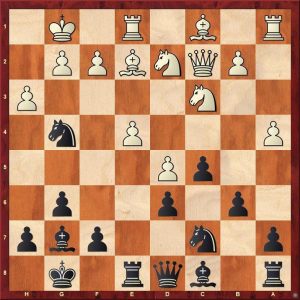 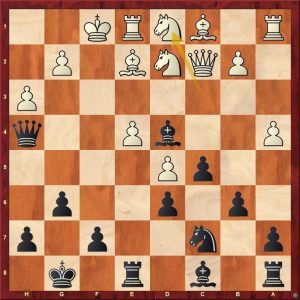 Can you find the winning move in this position? As we have already seen, Tal was not too attached to his Queen, so here 17…Qxh3! followed. The point is now that white can’t take it due to Bxh3 and mate. In the game, White played 18.Bf3 and Tal won a few moves later:

Many super-strong players of the time fell victim to Tal’s aggressive style. In the Candidates match in 1964 Tal beat Portisch in great style. Everything started here: 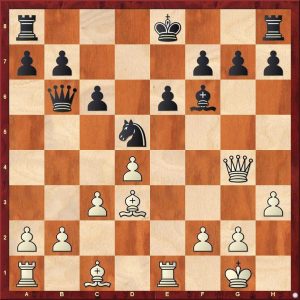 When Tal replied with 15.c4, kicking the active knight from the centre. However, as you can probably guess, this was not the only point of his move. After 15…Nb4 he had the impressive 16.Rxe6!! planned. White gets the initiative and good attacking chances after this. While the position is not yet winning and black had good compensation in the game, he didn’t find the right way to defend and eventually lost the game:

And I’m going to finish this article with another beautiful winning tactic, this time against legendary Miguel Najdorf. In the following position, white has a forcing sequence of moves that win the game. You will find the solution below, but before you get to the game, take a few moments to think about this last diagram. It is truly a beautiful combination. 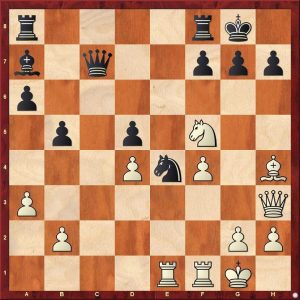