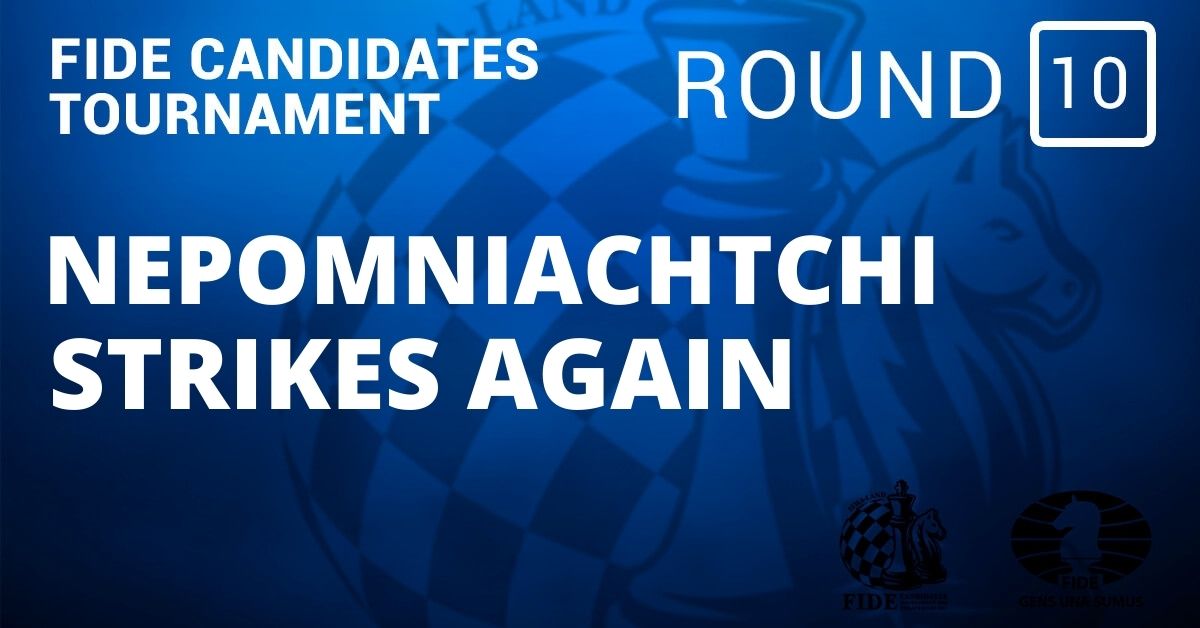 The Russian Ian Nepomniachtchi defeated his compatriot Kiril Alekseenko and increased his lead by a full point.

Nepomniachtchi’s win, with which he became the world number-three player in the live ratings, was surprisingly smooth and quick. He managed to surprise his opponent in the opening when he went for English, but when black was trying to develop his kingside he suddenly has played d4 and switched to a very good Catalan.

Kiril was not so familiar with that position and quickly went under big pressure. From here Ian managed to convert it quite easily.

“I guess in the opening I got lucky that Kirill quickly got into some position he is not familiar with,” said Nepomniachtchi, who pointed out that White has a good version of known Catalan positions where all kinds of tactics are hanging in the air and the moves for White are pretty simple.

“The biggest problem was to choose what should I do,” he added.

Two of Nepo’s closest rivals played each other and it was Vachier-Lagrave had reason to be disappointed as he had Giri under pressure for a while.

The game immediately attracted all the attention because of the move 10.c5 in what was Giri’s second Sveshnikov in this tournament. That line is not so popular and black did not play the best choice as he went under some pressure.

Giri said he knew the idea but couldn’t remember all the details: “As you can see from the game I wasn’t having it very clear in my head.”

For this one game, it worked for Vachier-Lagrave, who got a very pleasant position at some point. However, his decision to win a pawn allowed black to find counterplay and with opposite color bishops, it was heading for a draw. Around move 30, the Frenchman started to see that the draw was inevitable, saying: “I finished with grief and I was at the acceptance stage.”

“In many Candidates, there is a lot of pressure at some point so a lot is also up to Ian for example,” said Giri.

“He has to play against himself in the last couple of rounds and it’s not going to be easy. I don’t recall a single Candidates that anyone won easily.”

Fabiano Caruana against Ding Liren was a battle between the two biggest favorites before the tournament has started. But since the terrible start which Ding had now surely Fabi was hoping to win the game.

He chose a rare line in Ruy Lopez in which Ding has a big experience. This time there was no bomb in his preparation. He gave one pawn looking to develop pressure in the centre. However, the Chinese managed to defend the pawn and were not in danger. Later white decide to attack the kingside and started to push the pawns but black managed to block with h5.

In the endgame, black has some small chances to play for a win but Ding quickly has settled for a draw.

Wang Hao and Alexander Grischuk both don’t have big changes in the tournament but managed to produce a spectacular game.

It was French defense were white at some moment has mixed the lines.

“I forgot the theory somehow. I prepared something else and then I mixed up,” said Wang.

In an attempt to find the most energetic continuation, Grischuk, famous for getting into time trouble in many games, spent no less than 72 minutes on his 11th move. After his 18th move, he had two minutes and 27 seconds left, plus the 30-second increment, for his next 22 moves.

White managed to get a pleasant position but then probably because of the time pressure which black had decided to give the queen only for a few pieces because there were many traps. White had the dangerous initiative and managed to find later another trick Ng7. “I saw 30.Nxg7 but I thought something will work for Black,” said Grischuk

In the end, black had to give some material back and it ended with a fortress and draw.