Fide Candidates Tournament – The 4 Wins: Round 12 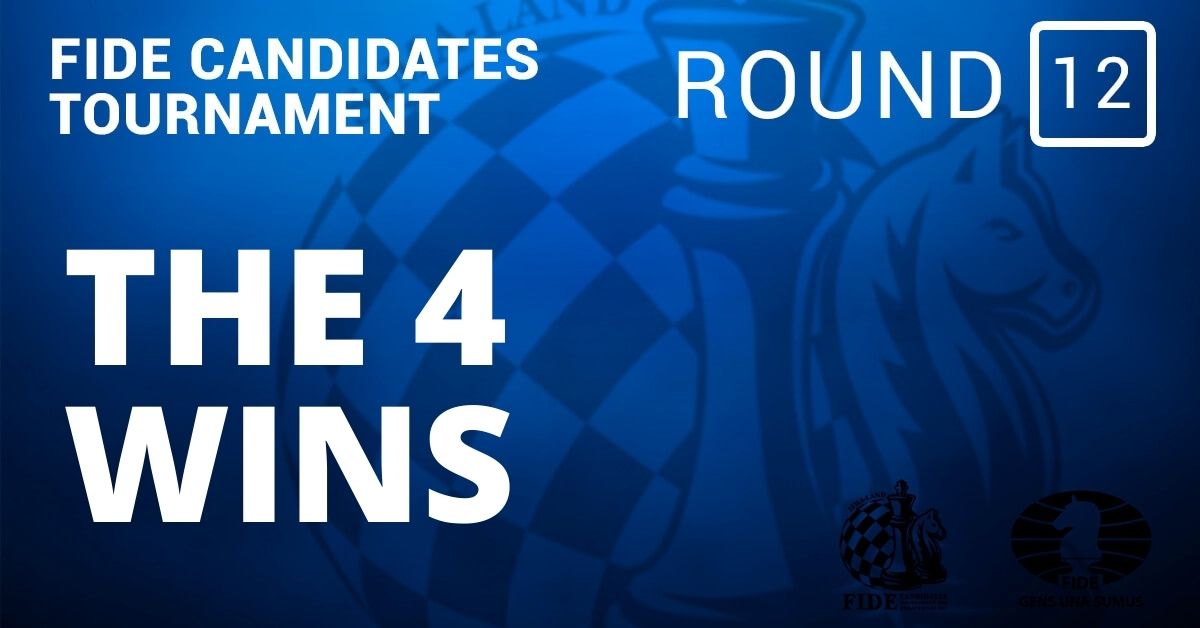 This round proved to be the most entertaining from the start of the tournament.

All four games had a winner and no draws.

The game which fans were waiting for was between Fabiano Caruana and Anish Giri.

The American was a bit surprised by the move order which Giri has played. Now it was not possible to switch into Svestnikov with Nd5, so he decided to go a3 and then he made a new move Qd3.

It was a kind of a normal Scheveningen System where later white went for unusual idea with b4 and b5. He managed to get the outpost d5 but destroyed his pawn structure.

Anish managed to defend well and then took the initiative. He found clever idea h6 and Bg5 and then white had bad bishop and weak pawns. Soon black took a pawn and after white opened the h file his king was in big trouble. Another impressive win for Giri.

But it was not enough for him to take the lead as Ian Nepomniachtchi somehow managed to defeat Wang Hao.

The opening was very odd and it looked like the game will finish with a draw in 15 moves.

The queens were off and there was only one open file. White managed to get a pair of bishop but then he played very passively. After black went c5 he took the initiative. Still, there was no real danger for Wang as he managed to trade many pieces and pawns. “I was only thinking how not to get into trouble because, of course, the position is equal, but it can be sometimes unpleasant,” said Nepomniachtchi. Then on move 39, Wang has played a very strange Re7.

“I was very tired and I couldn’t calculate anything. I somehow blundered somewhere and just lost, like it happens every time,” Wang explained with a wry smile as he added: “I feel that after the 40th move I started to play like a 2200 player.”

After that, he lost a pawn and resigned although there was plenty of play left.

Soon the Russian decided to move his queen out early. White got pair of bishops and better development. Then MVL had a better endgame and black decided to give a pawn in order to get counterplay. After white managed to trade the rooks. the bishop’s endgame was winning as he advanced with his king and black resigned.

Vachier-Lagrave said he was “mostly relieved” as he sets his mind to the final two rounds after the rest day: “This will mean that I can move on with my tournament and try to play a good game, I mean, two good games!”

Ding Liren finally managed to win. His game against Alexander Grischuk was for a long time equal. It was Queen’s Gambit where after c5 white has closed the center.

Black managed to trade both white bishops and took control of the a-file.

Around move 40 the Russian has made a mistake and Ding suddenly has got a very strong knight and domination. Black has tried to complicate with f6 but quickly lost soon after.