How Do You Become A Chess Grandmaster? 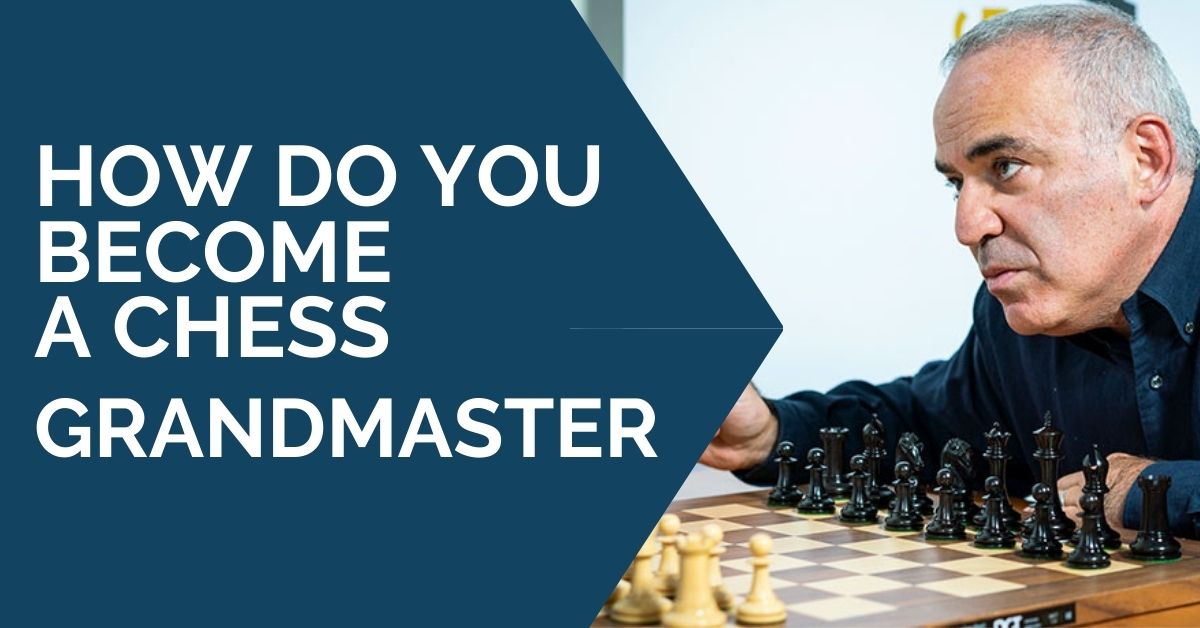 Grandmaster is not just the highest title in chess; it is also the dream of most chess players. But only the tiniest percentage of them eventually achieves it. How do they do that? Do they know any secrets? Are there any secrets at all? In this article, we will investigate what it takes to become a chess grandmaster. Let’s start by discussing the official requirements. Then, we will discuss the required skills.

First of all, there’s the main chess organization in the world, called FIDE (Fédération Internationale des Échecs). It organizes and patronizes official tournaments all over the world, including the World Championship cycles. This organization grants titles to the players.

Also, by playing in the tournaments registered by FIDE you earn an international rating; the better results you show, the higher your rating gets. Ratings play a very important role in the career of every chess player and indicate their strengths. There are different ratings for classical chess, blitz, and rapid. Only the classical rating matters for titles. And it is obvious that to become a grandmaster your rating should be pretty high, but that is not the only requirement. Here is what you need in a nutshell:

To score a grandmaster norm, you need to show a performance of 2600 FIDE rating with opponents of a certain level. In other words, you need to play at 2600-level strength in three different tournaments.

Also, after winning certain official tournaments, you can earn the grandmaster title automatically. For example, Vladimir Okhotnik at the age of 61 won the World Senior Championship and became a chess grandmaster.

The grandmaster title is open for both men and women, but there are also titles for female players only, and the requirements are lower. To earn the woman grandmaster title you need to cross a 2300 FIDE rating.

You can find a more precise description in FIDE’s Handbook, but for now, it is enough to get a general idea.

At the time of writing, there are 1692 grandmasters in the world. 240 of them represent Russia; Germany and The United States of America tie for the second place and have 95 grandmasters.

In 2019, Gukesh Dommaraju from India managed to become a grandmaster at the age of 12 years, 7 months, and 17 days. This sounds incredible but actually, someone made it even earlier. Sergey Karjakin still holds the record for the youngest grandmaster in chess history – 12 years, and 7 months!

How does one show such results?

One of my favorite books in my youth was the book called “How to Become a Grandmaster” written by famous Soviet grandmaster Alexander Kotov. He was one of the top players of the middle of the last century, and his recommendations definitely deserve some attention. Of course, reading that book would not be enough to achieve the highest title, but it could help you define the direction you should go towards.

According to the book, chess mastery is based on three things:

But these are umbrella terms; there are many other things inside of them. To get a good positional understanding you have to know all the strategic elements well. This includes weaknesses, outposts, center control, pieces activity, king’s safety, and many others. We also should not forget about more common things, such as evaluating positions, planning, attacking and defending, endgame strategies, and so on.

To improve your positional understanding, it is good to go through the games of the best players, especially when they are followed by instructive explanations.

Isaac Newton wrote in 1675, “If I have seen further, it is by standing on the shoulders of giants”, meaning that he had learned a lot from his predecessors. The same applies to chess; to become a grandmaster, you should learn from previous generations.

The other necessary method is to play a lot of long games and thoroughly analyze them. This will help you define your strengths and weaknesses, and avoid making the same mistakes again and again. The third World Champion Jose Raul Capablanca once said, “You may learn much more from a game you lose than from a game you win. You will have to lose hundreds of games before becoming a good player.”

Tactical vision is very important and is usually trained by solving tons of puzzles. All the grandmasters I have ever met were extremely good at calculation and seeing tactics. Usually, they can spot tactical possibilities automatically.

The calculation is a bit different from the tactical vision. For the latter, you need to develop recognition of tactical patterns. Whereas the calculation is more about visualization of the board, seeing different candidate moves, using prophylactic thinking, and so on.

Once the World Champion Garry Kasparov said in his interview, “It is not important how far you calculate, it is important to analyze the current situation well.”

In other words, first, realize what precisely to calculate, and only then, dig in that direction. Grandmasters don’t calculate everything; they calculate only what is necessary to calculate.

Chess is a complex game, and it has become more concrete since Kotov’s times.

Nowadays a machine plays much stronger than a human, and chess players use its assistance while preparing openings. Some grandmasters pay attention to the openings only; they can spend hours and days analyzing different positions and preparing surprises at the very beginning of the game. But it doesn’t mean that you should do the same to become a grandmaster; it only means that they are sure that they are good enough at the other aspects of chess already. In fact, the higher your level is, the more valuable chess openings become, and vice versa.

Apart from pure chess skills, you should also pay a lot of attention to psychological and physical aspects.

Physical conditioning is essential for chess players. As we already know, to become a grandmaster, we have to play classical chess, which means games with long time controls. It is a usual story when a player spoils a great game by a simple blunder at the end, and the reason might be a bad physical shape. Chess is a tiring game and good physical conditioning could be your advantage on the way towards the grandmaster title.

Psychology is highly important in chess, and it is not only about the right attitude and motivation.

As the fourth World Champion Alexander Alekhine acknowledged, “Through chess, I developed my character. Chess first of all teaches you to be objective. You can become a big master in chess only if you see your mistakes and short-comings. Exactly the same as in life itself.”

And this is something that I like about chess; by setting and achieving goals in chess, you also can grow as a person. You should learn how to overcome your fears, cope with stress, accept failures, and even how to sleep well after successes!

It takes a lot to become a chess grandmaster; you have to be good not only in every aspect of chess but also to be a strong person. Of course, talent is very important, but I would say that hard work still prevails. To become a grandmaster, you should solve a lot of puzzles and studies, read a lot of books, play, practice, and analyze a lot, and perhaps the main thing is to enjoy the process.

Learn to Think like a GM with GM Davorin Kuljasevic

Related Products
4.3 3 votes
Article Rating
Login
0 Comments
Inline Feedbacks
View all comments
Join the FREE Road to 2200 Masterclass (and learn how to Attack Like a Chess Master)
We value your privacy
Supercharge Your Chess in 21 Days!
Join Academy Today!