This day, 9th November happens be the birth anniversary of Misha Tal.

Few players in chess history have been loved and adored as much as this charismatic figure. Our columnist pays a tribute to the wizard of Riga recalling a rare encounter that is sure to be called one of the greatest games ever played.

Genius meets genius and the annotations are out of the world. Enjoy!-Ed. 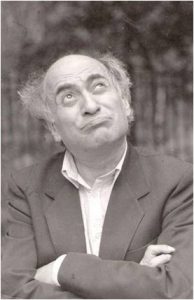 25th March 1974, Moscow. The All-Union Tournament of Pioneers Palaces has reached the final phase. There are just six teams competing in this last round and they have come up the hard way knocking out everyone else. The kids are excited as now grandmasters heading rival teams are going to give simultaneous displays against them.

Among them is a little boy from Baku, Azerbaijan. 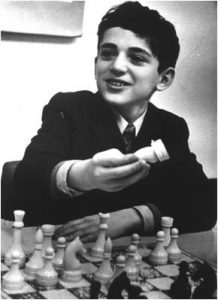 He is barely 11years-old and today he experiences a real shock. Before him stands a living legend- Misha Tal! Is this a dream? No, the maestro even shakes hands with him and a mild tremor passes through the little kid.

Is he scared now that he is going to cross swords with his hero? No! Sure, he has heard about the hypnotic glare with which Misha would intimidate his opponents. But our little fellow is not afraid. At last the battle begins and blow follows blow with even the maestro giving a broad smile appreciative of the young talent’s play. It’s only in the end that our hero succumbs. He is a kid after all. Years pass and the boy from Baku grows up to become powerful grandmaster. He wins the USSR Championship and also the Moscow Interzonal to become a world championship candidate. His name is Gary Kasparov.

Meanwhile the maestro’s star has waned. Dazzling success alternates with disastrous defeat. The former world champion even fails to qualify from the Interzonal that he had won before. It appears that he is a spent force. But then Tal remains Tal! Sparks fly when Misha meets Garry at the USSR Spartakiad, Moscow 1983. 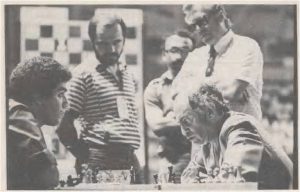 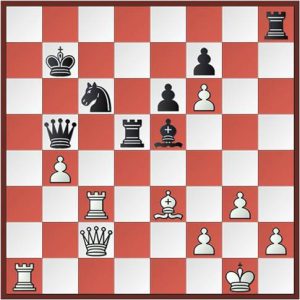 (Garry’s annotations to this encounter are extraordinarily deep and complex. I have simplified them a bit and added a little more explanation for the younger reader.)

As for Misha, one can only say,

“The Maestro is gone, the magic still lingers!”

1) The image of Tal here is taken from the Russian site, ChessPro.ru

2)The analysis of the Kasparov-Tal encounter is based on

Kasparov’s annotations to the game in his recent work,

*A detailed review of this remarkable book would follow in due course.