Thinking process in chess: 5 ideas to use in your own games 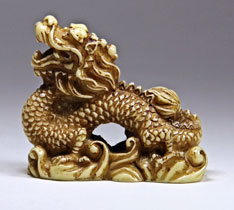 I have written multiple articles about analyzing chess positions and about playing strategies in losing, drawish and winning positions. However, I did not specifically emphasized how to think during the game of chess in general.

I understand, that each player is different and things that one uses may not work for the other or vice versa. I will try to summarize main ideas that can be applied to all or at least many different kinds of chess games.

1. Chess is a compromise game. Usually it is impossible to keep everything under control and achieve something without giving something up (blunders don’t count). If you are defending you may keep all you pieces safely defended for some time. But, eventually you may not be fast enough to regroup your forces and to defend yet another weakness. Playing strictly defensive chess is not very wise. At the same time, if you’re attacking your opponent with all your forces, your own King’s safety may be compromised, since there may not be enough pieces for multitasking (simultaneous defense and attack).

What’s the best plan? The answer is simple, there isn’t one simple plan which will lead to success. Else the game would be too boring. The main principle is to mix the defense and offense in the right proportions. Attack in the non-committing way, so that if danger arises you can retreat and defend your own King.

2. From the previous idea there is a follow-up about importance of space in chess. The side who has more space is usually the advantageous one. The space is a very important chess resource that can be used mainly to organize your pieces in the way you want and to prevent you opponent from organizing his pieces. By having space you don’t need to waste time maneuvering the pieces around the board just to get them in the right places. At the same time, if your opponent don’t have enough space (as the result of your space advantage), he will not be able to regroup and attack as fast as you can. In chess the side which checkmates first wins, regardless if the other side checkmates the move after.

However, there are positions possible when too much space is not an advantage but a weakness. For example, if all the pawns of one side are overextended and occupy a lot of space. But they do not serve a good defensive purpose anymore and that side’s King maybe vulnerable. Again, chess is a compromise game, once you occupy space with your pawns you King’s position may suffer.

3. We said that space is an important parameter because it creates the possibility to regroup pieces in the shortest amount of time. That leads are to a concept of good/bad pieces and piece activity. Basically, to make full use of pieces we need to regroup them, so that they have maximum activity. For example, bishops should be placed on the open diagonals, knights – at the center (preferably on squares when they cannot be easily exchanged or chased away with pawns), rooks on the open files and the queen near the opponent’s king or near the place where main activity is.

Good pieces are the pieces that can be made active. Bad pieces are the ones that cannot be made active (bishops in dead locked pawn structure, knights with a lot of open diagonals, rook with no open files). The main rule of piece activity is simple: exchange bad pieces and preserve good ones. Similarly, you should try exchange good pieces of your opponent’s for your bad pieces. That would lead to activity and an upper hand for you.

4. In order to be a good chess player you should think not only in terms of the point system (pawn = 1, bishop = knight = 3, rook = 5, etc.) but also in terms of good and bad, active and inactive pieces. You should make or prevent major positional changes according to your piece activity. For example, if you have active rooks and bishops you would not want to lock up the position. But if you have knights and your opponent has bishops, you would probably want to lock the position up and to dominate with your knights.

5. When you need to come up with a plan for a chess game, let the position dictate it for you. There is no need no reinvent in wheel in chess. For example, if you have knights on the board you should always look for the knight forks to surprise your opponent (or at least to destruct his attention away from something else you’re planning). If you have bishops you should look for pins, since these long distance pieces are great for that. if you have rooks, there are definitely some skewers to come around.