I have decided to do a little research and to compile a list of  the biggest blunders made by top chess players in the world for last 20 or so years.

If you think that 2700 – 2800 rated players and the World Chess Champions don’t blunder at all, or if their blunders require a microscope (aka Houdini)  to be spotted you definitely need to read this!

Note:  the blunders are not sorted by their sizes, since it’s difficult to judge whose missed mate in one is a bigger blunder: Carlsen’s or Kramnik’s. 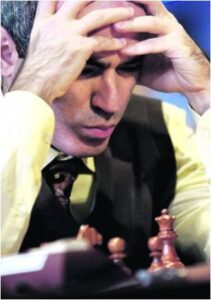 Carlsen decided that saving a pawn is more important than preventing the checkmate, so he played 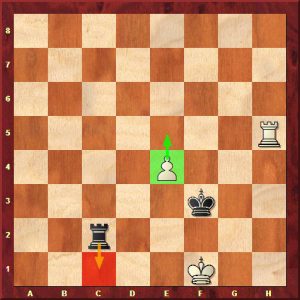 L. Christiansen never became a world champion, but he has beaten one in just 12 moves. In this game Karpov played 11…Bd6?? without and sense of danger.  Now Christiansen is winning a piece with a nifty queen fork 12. Qd1. Karpov did not bother to continue the game and resigned immediately. 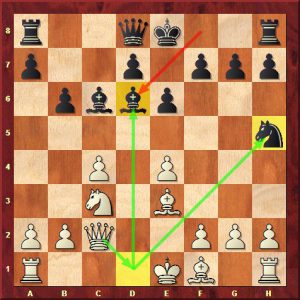 Kramnik offered a queen exchange to a  German computer program Fritz, by playing 34…Qe3??. I bet the computer did not take long to find mate in one, which Kramnik has missed: 35. Qh7#. 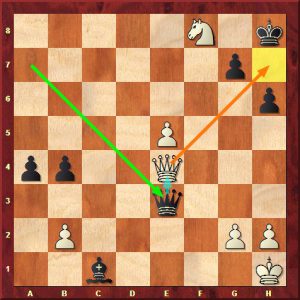 In this position Topalov missed a simple discovered attack with a check by Dimitar Donchev: 19. Nh6+ winning the queen.  Black resigned a move later. 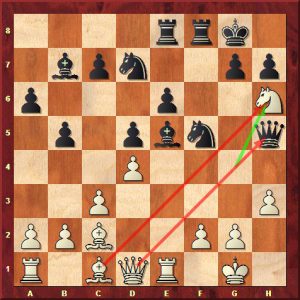 In this game Karpov did not notice a subtle threat after Sadler played 12…e4. Karpov responded with pawn capture via 13. Rxf7?? losing his queen to a pawn (!!) 13…exd3. 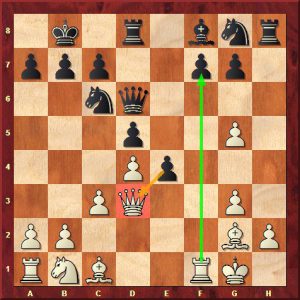 In this game Kramnik offered a queen exchange once again playing 35…Qf8?? but here he did not get mated in one like in the game before. That still loses the game though, 36. Bd7+ winning the queen. 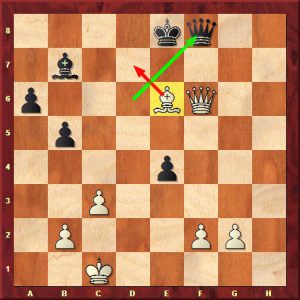 Wang Hao missed a two-move tactical hit by Kramnik 26. Qb8+ followed by 27.Qb1 winning the rook via the fork. 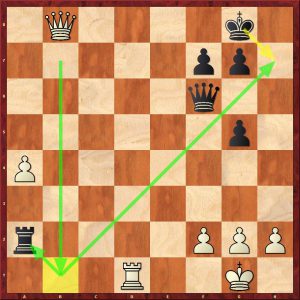 In this game the player who blunders is surprisingly… a computer.  After the bishop exchange 19.Bxb7 Shredder calculated its variation 20 moves ahead and interestingly enough decided to ignore the white’s bishop whatsoever. Shredder played 19…Rfd8?? not regaining the material. Laufente won some 30 moves later.  The Shredder’s lose was later explained as ‘hash tables error’, with one in a million chance. 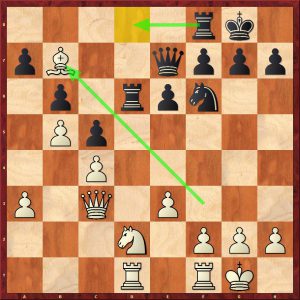 In this game Gelfand played 30…Rd6?? missing the hidden pin and tactical hit by Morozevich ended the game quickly 31.Rxe4 winning the knight. 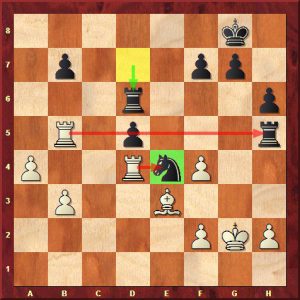 Here Karjakin played 100…Kg5?? hanging the rook. Nielsen was happy to finally finish off this long game with 101.Nxa1. 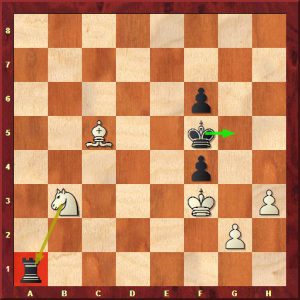 1. Grandmasters and World Champions are human. They do make mistakes and blunder like 1500 rated players… not as often though.

2. Computers can blunder too! That was actually a big surprise for me.

Which one in your opinion is the biggest blunder from these 10?

The image of Kasparov is taken from the public domain.

Kxa1 is Nxa1. Obviously, this person doesn’t know what the knight’s notation is.

Karpov-sadler – there is a white pawn missing on e2

That technically is not a computer blunder, but more like mishap in logical coding by the programmer.

Back then, processor and memory storage capacity is not as big and cheap as current computers, so,

We programmers are trained to algorithmically keep the processor and memory burden small.

One methods to do that is called “pruning”, like bonsai pruning, which, in short, omit less logical move, we called it “garbage move”, from equation, like freely let go of bishop to be “eaten” by the opponent queen.

That is why Lafuente move goes unpunished, because that move is not even present in Shredder memory (or reference table). I have a hunch that may be Lafuente have a little grasp on how computer works.

We chess programmer learn from past mistakes like this, and, due to cheap prcessing power and memory, now decided to omit pruning progress completely.

so, the first time i loaded this page, ony phone, android 4.2.2, Chrome, the pop up ad scrolled past my field of view, and of course i had to reload the page. let’s see if it happens again.

There is also Ivanchuk missing mate in one against Anand.

[quote name=”silveira”]There is also Ivanchuk missing mate in one against Anand.[/quote]

But whose blunder is that? Anand’s for letting be mated in one, or Ivanchuck’s for missing it? 😉

Karpov’s oversight about his Queen is almost childish.

You forgot ivanchucks misses mate in one. Theres a video on youtube

I think Kramnik’s blunder was the worst
missing mate in 1 with few pieces on the board.

Extremely invaluable helpful hints in this blog post!
Thank you for writing about this!

Hello Thor, that’s a big blunder indeed, but it will go to the next list 🙂

the Karpov’s game was blindfold. Also, the Carlsen’s #1 position is taken from the world blitz championship 2006. I think the rest are played with standard time control and conditions. 🙂

It maybe a little confusing but in the position 10 it’s black to move. So, they blundered, playing 100…Kg5?? Then white take the rook with 101.Nxa1

You should change the last one to 101.Nxa1

Thats a blitz game. Does not count.

Karpov-Sadler was a blindfold game, but still..

Hello Jagadish Dube, it’s actually a double blunder since Anand allowed mate in 1 and Ivanchuk did not find it. Thanks for sharing!

Dear Sir,
You have missed an important blunder.
Anand Vs Ivanchuk Game.Here is the Link.
http://www.youtube.com/watch?v=-5YKoL4QKic

Oh my god, I like #1,3,5 the most. I vote them to be the biggest blunders of the century in professional chess!

Losing a Queen for a pawn is quite an unpleasant experience, especially in the more or less equal position. 😉

According to me, the blunder in Karpov-Sadler is really horrifying!