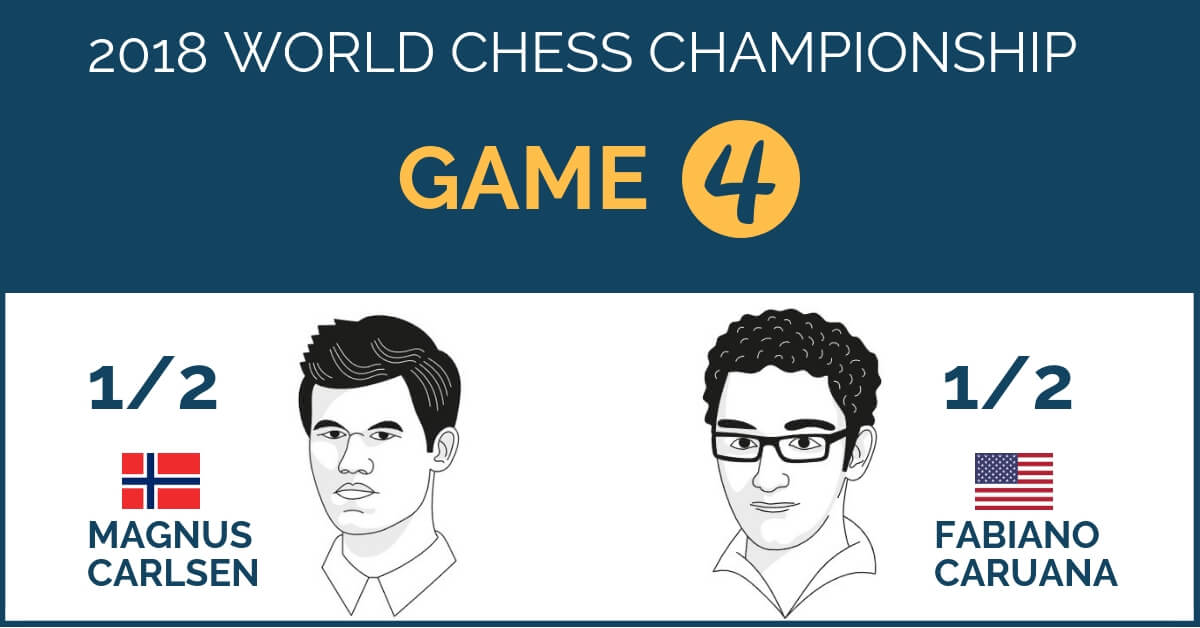 Game four of the World Chess Championship match in London was drawn after only 34  moves. Magnus Carlsen was angry with allowing his challenger Fabiano Caruana such an easy draw with black. Carlsen switched to the English with white but seemed to be thinking even in a position that Caruana had previously had over the board and never seemed to seriously trouble his opponent.

Fabiano Caruana looking very solid today and neutralized the champ without much trouble. Magnus looking slightly fed up. Once again the home preparation of Caruana with black was better, despite that English opening came as a surprise from Carlsen.

Now he must find a way to challenge the champion with white. It will be good if he switches off the lines he played so far because I don’t think he can do something there. I hope he plays d4 next game.

Feel free to review the Game 4 below:

Magnus Carlsen after the fourth game:

He seems to have out-prepared me with the black pieces so far so I’ll have to try harder. I have to start winning games soon.  It was a bit disappointing. I thought I was better after the opening. 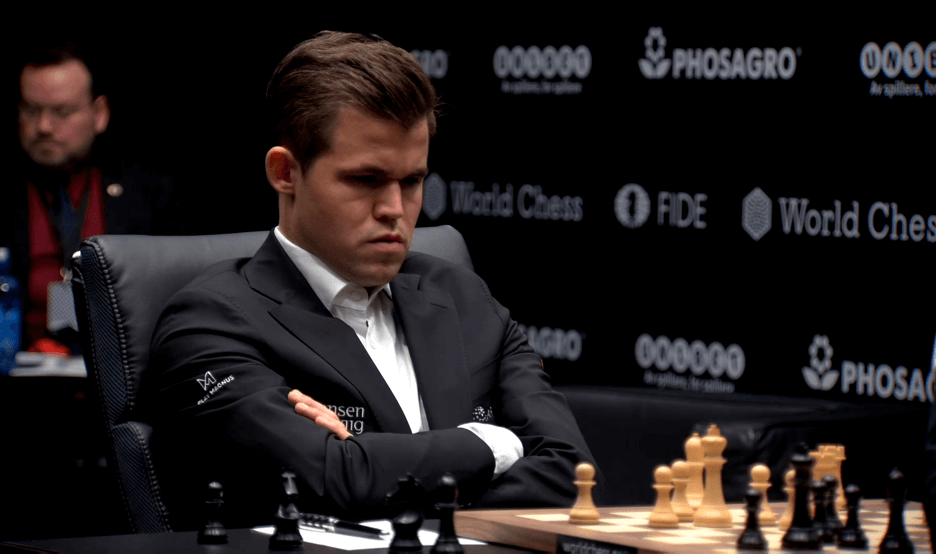 The main interest of the day was a publicity video (now taken down) showing Fabiano Caruana’s team at work that may have accidentally revealed detailed match preparation when a screenshot showed a visible database.

A two-minute clip showing details of Caruana’s top-secret preparation was uploaded to the Saint Louis Chess Club’s YouTube channel before it was quickly taken down, but not before a crucial screenshot was captured on social media. The footage included a shot of an open laptop with a list of openings allegedly researched by Caruana along with the names of three grandmasters – Leinier Domínguez, Alejandro Ramírez and Ioan-Cristian Chirila – who could potentially be working as seconds in the American’s camp.

The apparently accidental release immediately prompted speculation as to whether it was a terrible blunder by Caruana’s club – one that would cost him months of preparation – or a deliberate misinformation campaign intended to spread false intelligence to the Carlsen camp.

I briefly heard about it before the round. But I will have to take a look at it to see if there’s something I can use. It would be a pity if this was information that leaked from his own camp. I am not sure if I can use it, but I will definitely have a look at it.

I really don’t want to comment on it actually.

I think this is real. It can happen by mistake, and we’ve been close to making the same mistake. It’s more likely that it was a mistake than that it was staged.

Espen Agdestein to NRK: “It must be very uncomfortable for the one who published it. It’s very important information.”

Grischuk on the “accidentally revealed” opening preparation of Caruana: “There’s not too much happening over the board, so each day there should be some topic for the media… It’s a little bit weak to make it a scandal – they have to try harder!”

Grischuk: “I wish one day Armageddon would be played in a World Championship match. It would be one heck of a fun to watch! Maybe Magnus and Fabiano will be able to give me that pleasure…”

Svidler: “Not an earth-shattering game by the World Champion.“