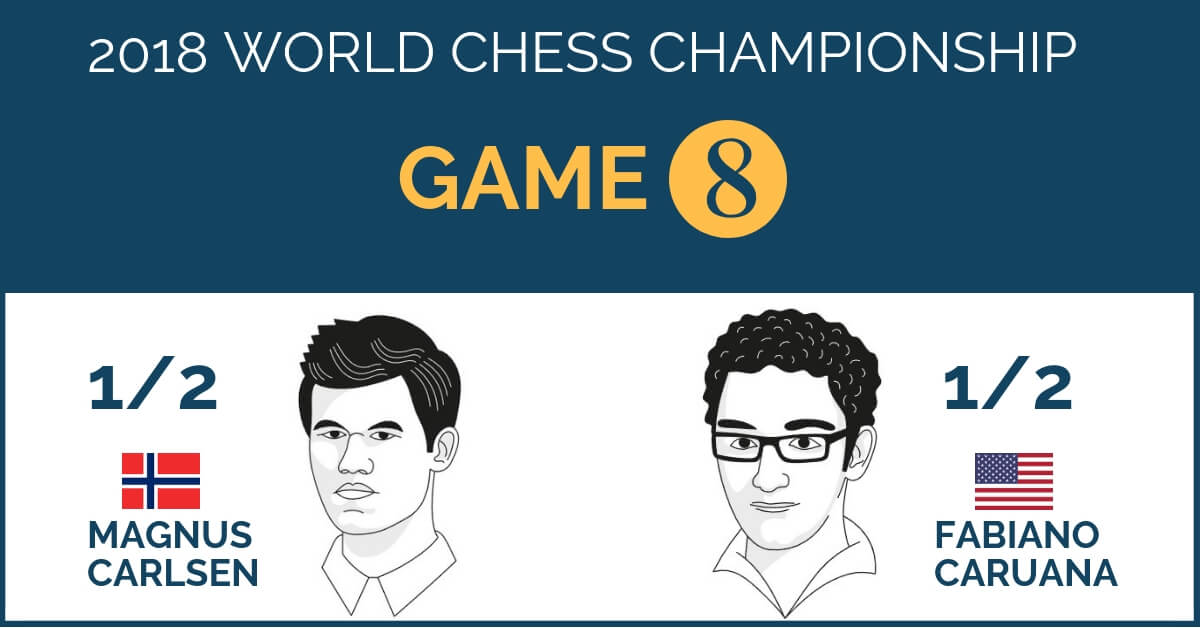 Game 8 finally offered excitement for the fans. For the first time, White had better preparation, better position and was almost winning with having more time on the clock than in the start of the game! And then Caruana has shown low confidence. Instead to make 3 good moves, which were looking not so hard to find he started to think a lot on simple moves, and then in a completely open position played h3?

Only one or two slow moves were enough for Carlsen to consolidate his position and then after the Queens were traded the game went to a draw.

A big, big miss for Caruana!

In the last 4 games, it will be about who can control their nerves and emotions better. So much is at stake as they know that 1 mistake could be their last!

The World Championship title and number 1 ranking are both at stake! 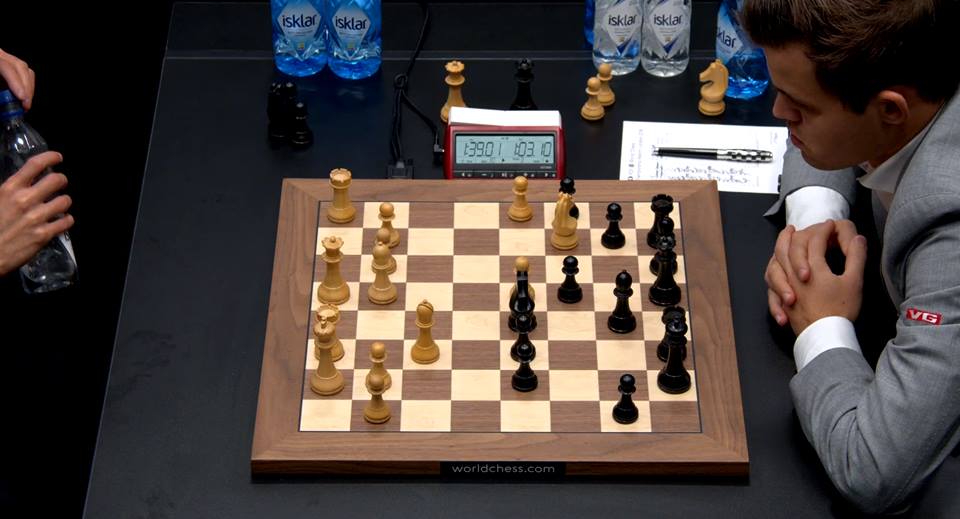 The big question for me is the preparation level. Magnus has been offering to play the Sicilian every time with black. He seems not to have predicted any of the sidelines that Fabiano has chosen to focus on, with either color.

A very big miss for Fabiano, and the first game in which White showed something.

The Sesse computer was assessing the position as winning after 21. c5 but it wasn’t so simple for Caruana:

I could not work it out after Re1 or Rd1. Maybe I should have gone for Qh5 instead of h3. I underestimated Qe8. The position – I never felt was winning or anything. For sure not like missing a penalty.

Caruana admitted that 21.c5 was the only move he considered during his 33 minutes think, spending that time calculating the consequences.

I might have had some chances, so I am a bit disappointed.

Caruana says he was a bit annoyed by some radio in Russian at some point during the game.

This was the moment I was most worried after c5 and Rd1.

Maybe they were other options for white. There are still twist and turns possible we have two white games each. Today I am happy with the draw because I was black and had a dangerous position.

I had to go for a sharp line and hope for the best. I just could not see a way to deviate. Clearly h3 was a relief for me and I knew after Qe8 I will be fine. I am happy from my team preparation so far in the match.

Today was also the first game in the final of the World Women Championship. The first game of the final Ju Wenjun – Katerina Lagno finished in a draw after 36 moves.

Credit to Ju Wenjun on being the reigning champion AND reaching the WWCC finals. Most of the time new knockout = new finalists. Will be an even more impressive feat if she keeps the title, of course.

Lagno commented after the game:

It feels neither of us had serious chances at any point today, so the result is fair. In any case, I didn’t see any better alternatives for me, while Ju Wenjun was clearly trying to play it safe and solid. Although I did not see anything crushing for her too.