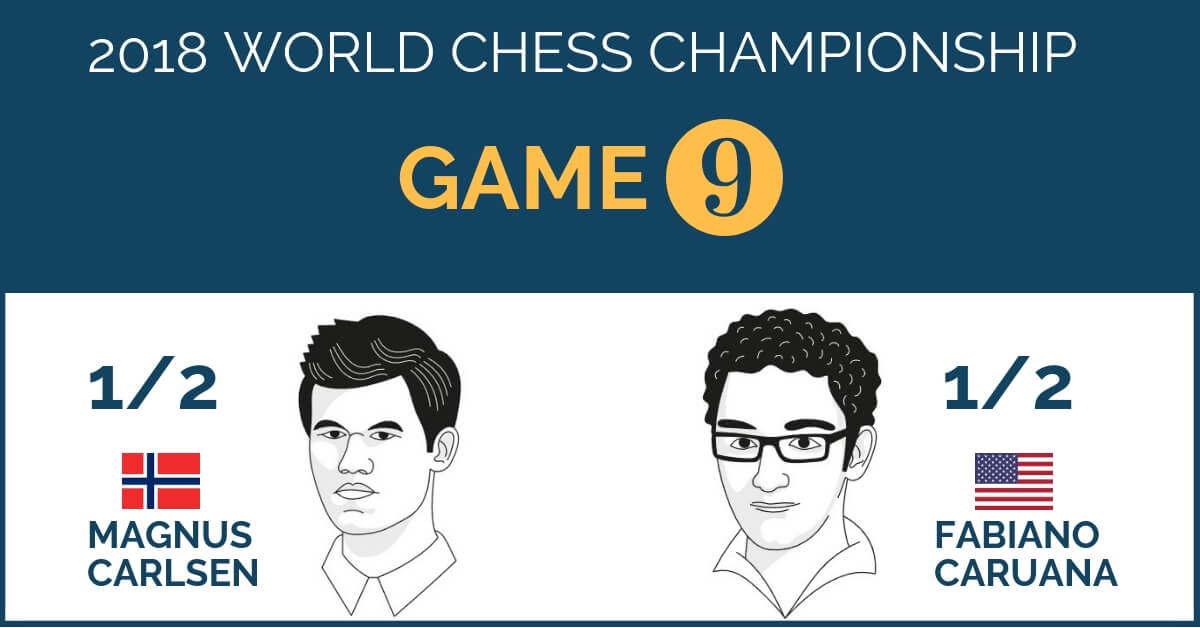 The news before the game was that Carlsen suffered an injury from soccer.   His Doctor downplays Carlsen’s blackeye…didn’t think his injury sustained on the players’ day off would cause any problems when more serious play resumed Wednesday afternoon.

Daniel Weil, a partner at Pentagram, the world’s largest independently owned design studio, and designer of the chess board made the First Move today.

Carlsen went for another English opening and deviated from game 4. He probably believes that Caruana’s preparation is less concrete in a good setup rather than in a Queen’s Gambit or a Petrov.

Then he made a strange novelty Bg5 which made pundits say…

Svidler: “The point of this move is not entirely clear…”

Giri: “There’s one very clear point – to try and take the guy out of the book. That is a huge, huge thing!”

After this Caruana had a very nice position and could have just developed the Queen and Rook. Instead this he went for the exchange of his strong bishop on d5 for the bad knight on f3 with the only idea to exchange more pieces and receive passive slightly worse endgame without a chance to win but with big chance to make a draw.

Maybe this is a sign that he doesn’t have nerves to play complicated positions and prefers to exchange pieces all the time and play for a draw. Then he should think in case of 6-6 he has a genuine chance in the rapid games.

Svidler: “It’s an incredibly curious choice to take on f3 here, even if you think you will eventually hold this. In general, you are giving Magnus exactly what he wants from this game. A stable advantage forever with no way to completely equalize.”

Carlsen finally got an advantage after the opening with white, shown not only on the board but also by his 50 minute lead on the clock after just 17 moves.

However, Caruana managed to hold this endgame and game 9 was drawn after 56 moves and 3,5 hours of play. Carlsen extends his drawing streak to 14 games, the longest in his career. 4,5-4,5 in the match.

Carlsen to Norwegian TV, says he is frustrated:

It was a very promising position, but it’s not so easy to improve my position even though it looks very nice. Then I made a ridiculous move that led to a draw. I don’t know what else I could’ve done. I played h5 because otherwise, black can play it. In case of Kg7 Bf3, I could press ut gh5 was a very good mood.

It was an easy decision because when I take I can play h4 and the white king is also in danger. I am not thinking about the tie-break and I don’t think Magnus is favorite there as well. I was not surprised by the opening but could not work out the detailed so I was trying to do the best I could which I did not really manage.

I am just very afraid Fabi is going to play three very good games now, not be able to break through, and then he will just be destroyed in the rapid. This is my prediction…

Today we have witnessed history – the first World Championship match ever to start with 9 draws!

Now the advantage is back on Caruana’s side. He will have 2 white games in the final 3. The World Championship title is in his own hands!