Attacking the Kingside Castle on the H-file 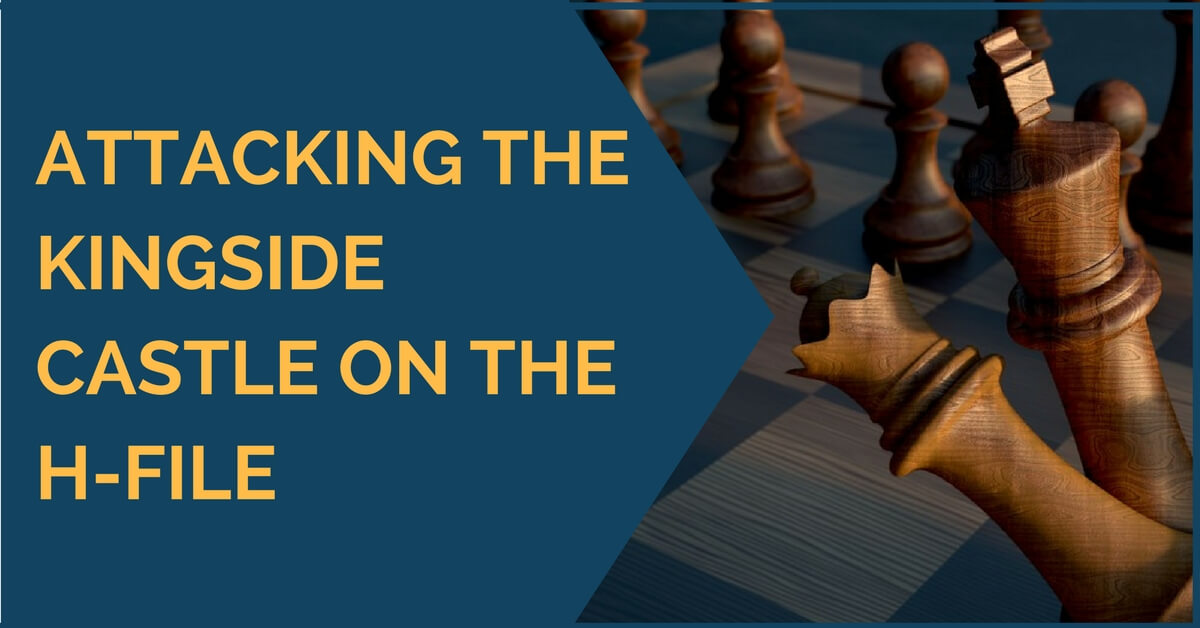 Attacking is one of the most attractive skills for every chess player.

Being a positional genius, a boa constrictor, squeezing the small advantages is great, but the ability to find tactics and create direct attacks is something that makes everyone’s eyes sparkle.

Like every other chess skill attacking can be learned and trained, it is not something you’re born with.

In this article, we are going to go over some very nice attacking examples in a common pawn structure, see the next diagram. 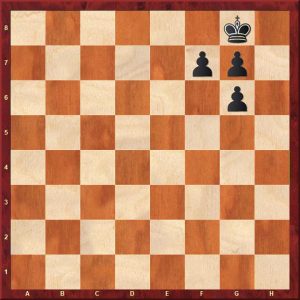 This structure is quite common; it arises very often when a trade takes place on g6. Now, when the king is still without castling black sometimes can make use of the open H-file, but once the king has castled these doubled pawns are not always good.

One of the main defects of this pawn structure is that the square g5 becomes a good square for an enemy knight, and of course the H-file Open. 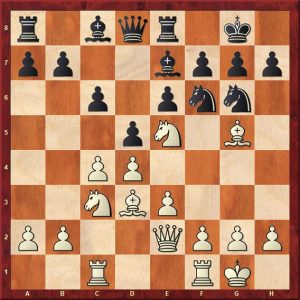 We start with a classic. This position occurred in the game Colle, E – Yates, F Hastings 1927. We have a typical Queen’s Gambit position. Black should now trade on e5 followed by Nd7 with an inferior, but playable game. Clearly, Yates was not up for passive defense and tried to simplify with 11…Ne4? Allowing a series of exchanges that favored white and led to black’s collapse. 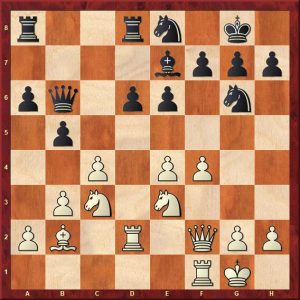 Another game from a very long time ago; the classics knew what they were doing! Fritz Saemisch versus Koller in a simul game played in Bern 1949. We chose this starting point because white began an entertaining adventure that led to a beautiful finish. Here white decided to launch an attack with 20.f5!?

A very logical move; however, he had to foresee and evaluate the complications arising after the move 20…Bg5 which was met with 21.Ned5! A beautiful knight sacrifice that opens the diagonal for the bishop on b2 and brings this strong N on d5 to cooperate with the kingside attack.

The combination of a knight on g5 or on e5 plus a rook on the H-file seems to be lethal for the defensive side. In many occasions, the idea of Rh8+ followed by a fork on f7 arises. 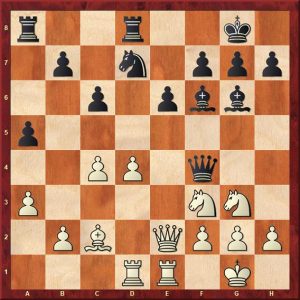 Here white correctly played 18.Bxg6! opening the H-file and creating the potentially weak g5 spot. After 18…hxg6 he continued with 19.Ne4 already setting up the scenario for an attack on the H-file.

Black did not play the best defense from here and was driven into the following position: 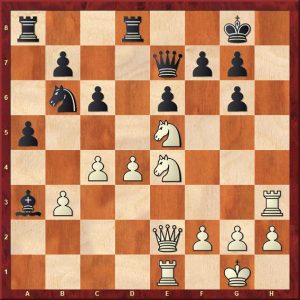 The knight is immune because of Rh8+ followed by Nf7+ .

Another example can be seen in the following position: 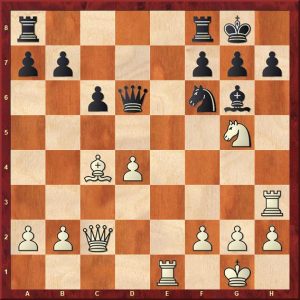 As we can see here black has just played the move 18…Bg6 hoping to defend against white’s pressure on f7/h7. It must have been a total shock over the board when he saw white’s next move, a beautiful combination that involves all of white’s pieces, including the rook on e1!

Dare to find it? Or you can see the details here:

Even the world’s best players can succumb to the risks of this pawn structure. In the USSR Championship 1969 the magician of Riga Mikhail Tal found himself in the following position 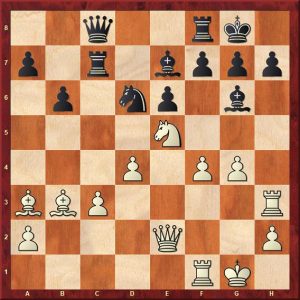 Apparently, everything is normal; black is under attack but he is trying for some counterplay on the C-file. However, it is already too late and nothing can save him from an attack against his king.

Grandmaster Savon with the white pieces correctly played 22.Nxg6! followed by 23.Bxd6 and 24.Qe1 with a winning attack. The queen transfer to h4-turns out to be deadly.

Thank you for reading; we hope you have enjoyed going through the examples and learned something new about a position that is found quite often in our games.

Hi check’n’mate, please reload the page it should be working!

outstanding topic to be discussed in this series thanks, sir you are the best yuri sir