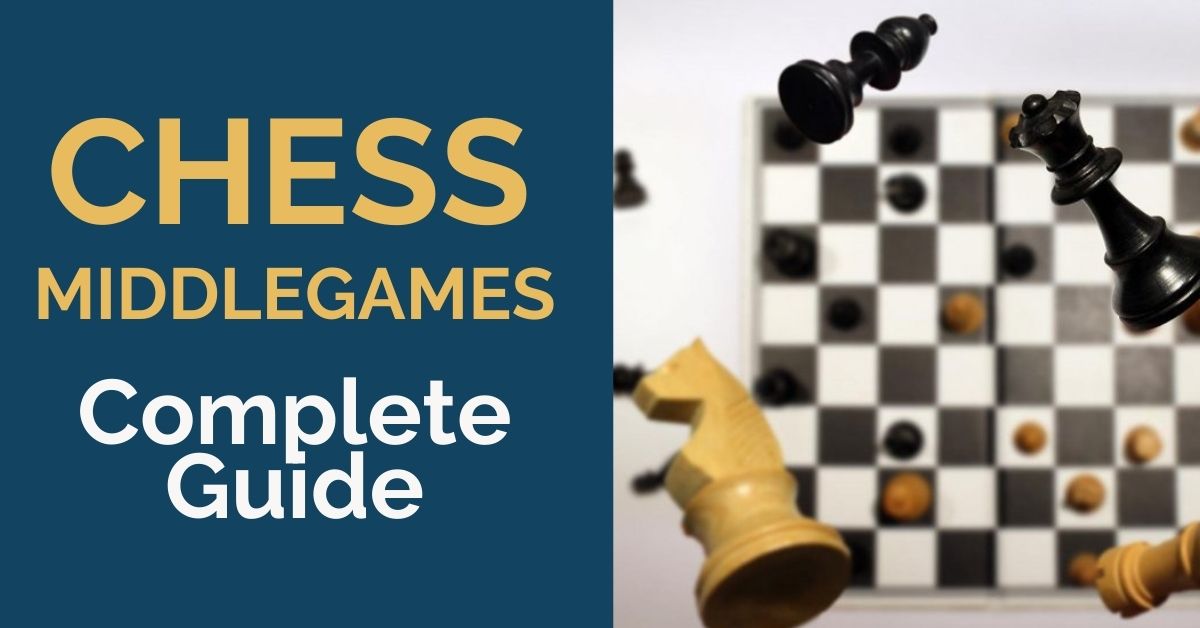 In this article, we will go over certain patterns and rules that could help you improve your chess middlegame understanding.

The chess middlegame starts after the opening stage is over. In the opening, you are advised to fight for the center control, develop your pieces, and get your king to safety. After that, you should come up with a plan for your future actions. This is what many people have issues with and where the chess middlegame understanding would be helpful.

To come up with a correct plan, you should weigh specific factors of the position.

This process is called evaluation.

This concept was developed by the first World Champion Wilhelm Steinitz, the father of positional chess.

He was the first to realize that every position had its own requirements and the plan had to go along with them. Unlikely his contemporaries, he knew that sometimes it was better to defend than to attack.

He believed, there were different kinds of advantages that had to be collected. The more advantages you have, the better your chances to win are. The right plan is based on using the advantages of your position.

If you do not evaluate the position, you may come up with a totally wrong plan. For example, you enjoy attacking the king. Is it a good thing to do in any position?

Let’s imagine you chose the Sicilian Defense as Black to get a position with good attacking chances. Instead of castling in opposite directions, your opponent castled kingside. 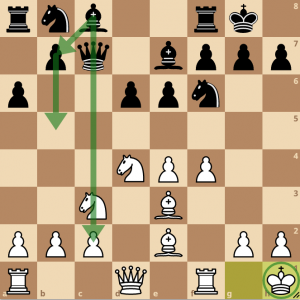 It doesn’t make any sense to play against the king for Black anymore. White has more space on that flank and can bring more pieces over there with ease.

Black, on the other hand, has bright perspectives on the queenside and the center thanks to the semi-open c-file, mobile pawns, and active pieces. You can develop the initiative by playing …b7-b5, Bb7, Nbd7, Rc8 with the potential …d6-d5 central break.

This plan meets the requirements of the position and is much better than going after the king no matter what.

How do you evaluate the position?

The most important factor to consider is the king’s safety. It doesn’t matter what else is happening on the board if one side is about to get checkmated. This is why sacrifices are so efficient when it comes to attacking the king.

You also have to pay serious attention to the way the pieces are placed. In his recent book ‘Under the Surface,’ Jan Markos proposed interesting criteria.

He suggested every piece should be assessed from three perspectives. As a/an:

Many people may find this idea quite insightful. Usually, club players pay attention only to the active role of the pieces and forget about the safety aspect and the coordination among them.

The next factor is material and it is not only about counting pieces. Different material compositions can suggest a plan to you. If you have the advantage of pair of bishops, it is good to aim for opening the position. If you have extra material, you may want to simplify the position to convert it easier.

Pieces placement is usually even more important than the material balance.

It is not an easy idea to comprehend. In fact, the strongest chess engines of the past had issues with this aspect of chess too. They used to overrate material advantage and play too greedily.

In 1997, the great champion Garry Kasparov was playing a match against a computer called Deep Blue. In the decisive game, he opted for the Caro-Kann Defense. They soon reached the following position. 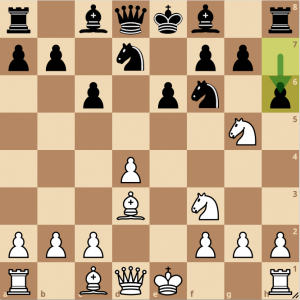 Kasparov’s last move 7…h6 allowed a beautiful positional piece sacrifice and had been considered a mistake according to the opening theory. Perhaps, the world champion assumed the computer would be too greedy to give up the piece for unclear long-term compensation. But instead of retreating, 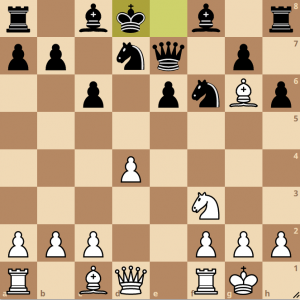 As you can see, White was in no hurry to return the piece. 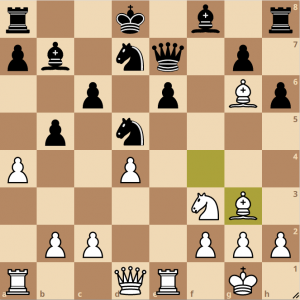 The difference in the placement of the pieces was drastic. Black resigned just 6 moves later.

Modern chess engines don’t overestimate the material advantage anymore. Here is an example from the match between AlphaZero and Stockfish. 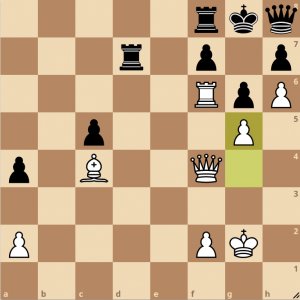 White’s beautiful position speaks for itself. White won this game in great fashion and demonstrated the importance of placing the pieces well.

Want to learn more about the Chess Middlegames? Make sure to see 7 Most Important Middlegame Sacrifices That Win Games.

Pawns also play a big role in the evaluation and strategy. Marching forward, pawns control important squares, gain space, and restrict the opponent’s pieces. They also can be weaknesses: isolated, doubled, backward pawns, islands. This all has to be taken into account when it comes to creating a plan. Sometimes the best strategy is to go after the opponent’s pawn weaknesses.

In the early chess middlegame, a pawn formation often suggests the future flow of the game. In open positions, time is precious. Both sides try to activate their pieces and fight for the initiative as quickly as possible.

The center is locked up completely. If sides continue maneuvering in their camps, it will be a faded draw. In order to win, someone has to open up the position at some point. They will have to move their pawns towards the enemy pawns to force trades. This will lead to opening files and create possibilities for the invasion.

But this plan will work out well for White only. They have the advantage thanks to the space conquests. Black’s pieces are restricted and passive. If Black will ever try to break through, it will only play into White’s hands.

In such closed positions, exact moves rarely matter. It is usually the game of long-term goals and ideas. White can slowly prepare the g5-pawn break and open up the kingside or the b4-pawn break to attack the queenside. In the game, Viktor Korchnoi went to play on both wings: 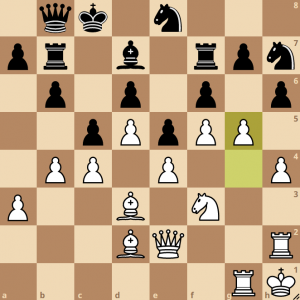 White placed the pieces to support the pawn storm and finally breaks through. The enemy pieces were too badly placed to face the invasion.

After learning the general rules of playing in different kinds of pawn formation, you can investigate more specific ones. For example, if you play the Queen’s Gambit, you have to know the plans in the Carlsbad Pawn Structure. 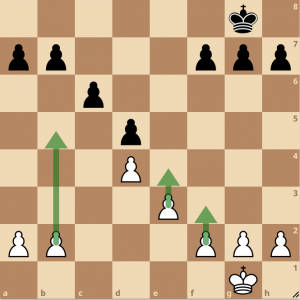 This is one of the most common pawn formations. The plans for both sides are well-known here.

For example, White can go for the minority attack with b2-b4-b5 or play in the central expansion with e3-e4. Black often tries to put pressure along the e-file and create an attack against White’s king.

After studying the games where typical plans were employed, it will be much easier to navigate in chess middlegames. Now imagine that you’ve studied the plans in all of the pawn structures that arise from your openings. It is a lot of work, but it would definitely pay off and improve your results drastically.

If you still get a position you are not familiar with, you can try to evaluate it and come up with the right plan.

Looking for more on Chess Middlegames? Here is a post on the 5 Classic Middlegame Wins to learn from.

IM Szabo reveals… 9 hours of high-quality video lessons, divided into 16 chapters, spilling the secrets of the masters and how they dominate chess middlegames.