Although we are mostly used to look for tactical ideas in order to win material, keep in mind that this is not always the case.

Combinations can be also used to get a better structure, weaken our opponent’s position or force the trade of one of our bad pieces, for example. 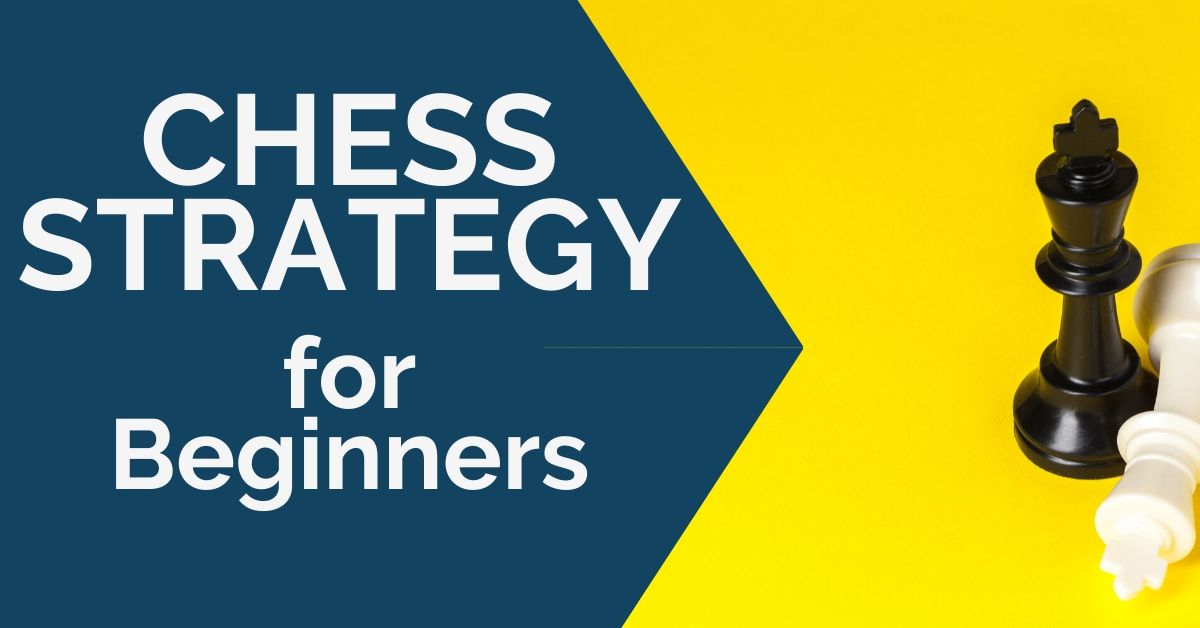 Here is a quick overview of the strategies we are covering:

Tactical shots, sacrifices, and mating attacks are usually the most appealing to those who are just starting in chess.

They are certainly beautiful, satisfying to go through (and even more to deliver!) and highly instructive. However, one shouldn’t forget about the positional side of chess or the so-called chess strategy.

In fact, it is very important to familiarize yourself with the basic chess strategy right from the beginning.

Having steady tactics and chess strategy foundation will help you build a good chess understanding and improve as a player.

Whilst tactics allow you to immediately punish your opponent’s mistakes, the chess strategy helps you understand and use in your favor the more permanent aspects of the position.

Chess strategy will teach you how to develop a position, how to identify and use in your favor the small pluses in a game.

It will help you develop a healthy playing style and understand what to look for in the middlegame, once the opening phase is over. Once you have achieved that, you can keep adding more “bricks” and continue improving your level.

But let’s start with the basics of chess strategy:

One of the things you have to understand right from the start is that the center of the board is of utmost importance. Whether the position on the board calls for an attack or positional play, you won’t be able to successfully do anything if you don’t have a good grip over the central squares. In most cases, the side who controls the middle of the board better will keep a small advantage. This happens for a few reasons.

First of all, a central piece is an active piece.

It controls more squares and can create more damage in the opponent’s position. On the other hand, a piece placed on the side of the board will have fewer and significantly less active squares to control or jump on. However, not all pieces need to be placed in the middle of the board in order to control it. Some can do this from afar and be equally effective. To understand this better, think for example about knights.

They are short-range pieces and need to be well-placed in order to control important squares. Bishops or rooks, on the other hand, don’t have to be right in the middle of the board to make use of a dangerous diagonal or open file. They are long-range pieces and can usually do the same job (most of the time even better!) from afar.

They cooperate better between each other, but can also be brought faster on the side they are needed on. Imagine, for example, that you are trying to build an attack against the opponent’s king – a central knight can easily be re-routed to both kingside or queenside, depending on where the rival has castled. In the same manner, the defending side will do so easier with central pieces.

Be constantly on the look for better squares for your pieces and try to improve their position throughout the whole game.

Controlling the center and developing your pieces towards it is an important guideline, but you should not stop there. Usually, better, more active squares will become available for your pieces during a game and it is up to you to spot them and bring your pieces on them. In this sense, there are several ideas to keep in mind.

Chess Strategy Tip I: Keep Your Knight in the Center

Knights are strong on central squares, but they also need certain stability, which is usually provided by pawns. Let’s take the following position: 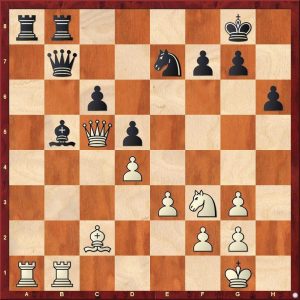 White’s pieces are visibly more active and occupy better squares than his opponent’s. However, even though not badly placed, the white knight is the only piece that is not actively participating in white’s attack and seems, in fact, isolated from the rest of the army. For this reason, he continued here with the move Ne5 – occupying a central square and becoming a thorn in black’s position.

After this move, all white’s pieces are harmoniously cooperating and he will be able to increase the pressure over black’s position.

Here is another typical maneuver of improving the position of the knight: 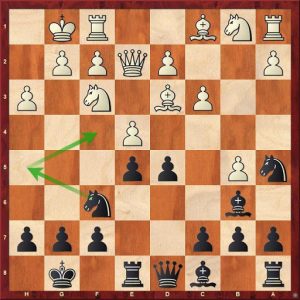 Here, too, the position of the black knight on f6 can be improved.

In this game, black used the bad position of the white queen and light-squared bishop with the move Nh5! The idea is to occupy the square f4 with a gain of tempo, but this is not everything. White also needs to parry the threat of Ng3 with a double attack, as the f2 pawn is right now pinned by the black bishop on b6.

Rooks are best placed on open or semi-open files. If there are no such files in the position, they could be placed behind the central pawns, offering them support. 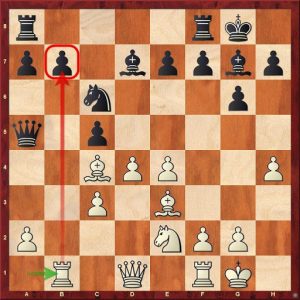 White has just played Rab1, activating his rook by occupying the only semi-open file he has available in this position. He has done so with a gain of time, as now black will have to defend the pawn on b7.

This is another example of chess strategy for improving the rooks in the middlegame: 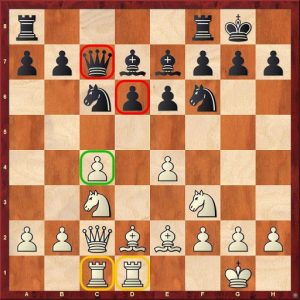 In this case, only one of the white rooks occupies a semi-open file.

At the same time, the rook on d1 hits on the black pawn on d6, forcing his opponent to always keep an eye on it. His other rook has been placed on c1 – not an open file, but an important one, whatsoever. From here, it supports the c4 pawn, but will also make possible different tactical ideas against the black queen on c7.

The pawn structure is an important part of the game and, as you will discover, one of the elements on which chess strategy relies most. One of the first things to understand and remember throughout a game is that a healthy pawn structure means a solid, safe position.

With time, you will understand how much a pawn move can influence the game or how their disposition can dictate the type of play in certain positions.

A few things to know from the beginning are:

Chess Strategy Tip I: Ideal Pawn Placement – Side by Side

The ideal pawn placement is side by side, in a phalanx. This is because when in this formation, the pawns control every square that is in front of them. With each advance, the opponent will get a square he could use for his own pieces. A central pawn phalanx can, for example, be very strong and effective in neutralizing the opponent’s pieces.

In the following diagram you can see how such a pawn formation can give a big advantage: 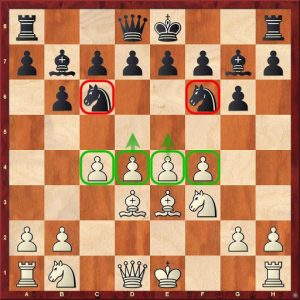 Notice how white’s pawns on c4, d4, e4 and f4 control the whole black centre. Moreover, the d and e pawns can now advance to d5 and e5 and force the two black knights onto worse squares. In this case, the advance of these two pawns is possible thanks to the support of the c and f pawns.

Avoid, if possible, splitting your pawns. Split pawns cannot protect each other anymore and will be easier attacked and eventually picked up by the opponent.

Try to keep your structure intact for as long as possible and, of course, make your opponent’s worse, if he allows this. Doubled pawns can be one example of such faulty structures. One typical idea to create this in your opponent’s camp (and one to avoid yourself!) is the following: 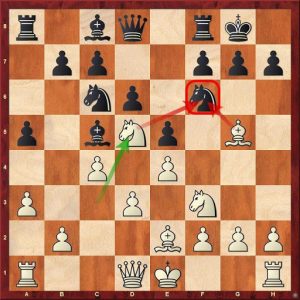 Here, white is using the pin on the knight on f6 to force his opponent to ruin his pawn structure. By playing Nd5, he brings another attack over this knight. In return, black can’t support it with another minor piece, so after the following trades on f6, he will have nothing better to do than capture back with the g pawn and double his pawns on the f file.

The problem with this is not only that now this pawn will be easier to attack for white, but the black king will also become an easy target for the first player.

After the exchanges on f6, the following position was reached: 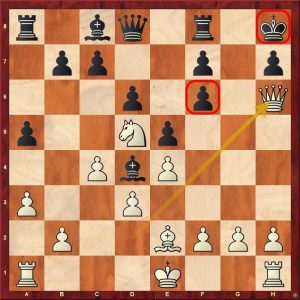 Here you can see how white is already taking advantage of his opponent’s poor pawn structure. After bringing his queen to h6, the f6 pawn can no longer be defended. In addition to this, the king is not safe either. For example, after Nxf6, the threat will be Qxh7, with a mate.

Make your pawn structure better if you have been forced to worsen it at some point in the game.

One thing you have to remember is that a bad pawn structure doesn’t have to be forever. Don’t be disheartened if you have been forced to ruin yours, but look for ways to improve it.

For example, one popular chess strategy for getting rid of the doubled pawns is to trade one of them: 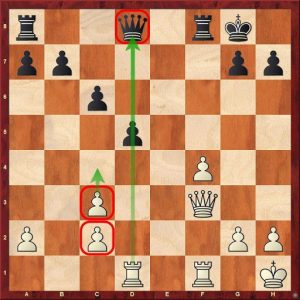 Here, white can exploit the pin over the d5 pawn by playing the move c3-c4! This move has two important purposes. First of all, white is happy to get rid of one of his doubled pawns by forcing trades on the d5 square.

Secondly, it will not be easy for black to defend his d5 pawn and he will be forced to eventually recapture with the c6 pawn and worsen his structure as well. In conclusion, we could say that white’s move helps improve his own structure and at the same time ruin his opponent’s.

These are some of the basic positional concepts to keep in mind throughout the game. They represent the foundation for many other important elements that you will discover in your journey for improvement.

Time to Learn the Chess Strategy!

In this 12-lesson video course, GM Bryan Smith shares the secrets of Chess Strategy Mastery and gives you the exact tools and techniques that are proven to work for himself and many dozens of his private students.

With this course, you will experience the smoothest and fastest transformation to a chess champion! Add powerful GM Smith’s strategies into your game, and leave all your chess buddies far behind! 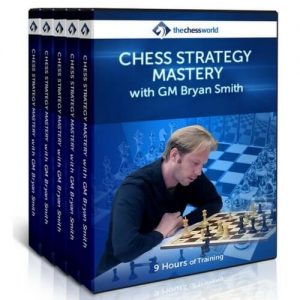