Converting a decisive advantage. Is a piece enough? 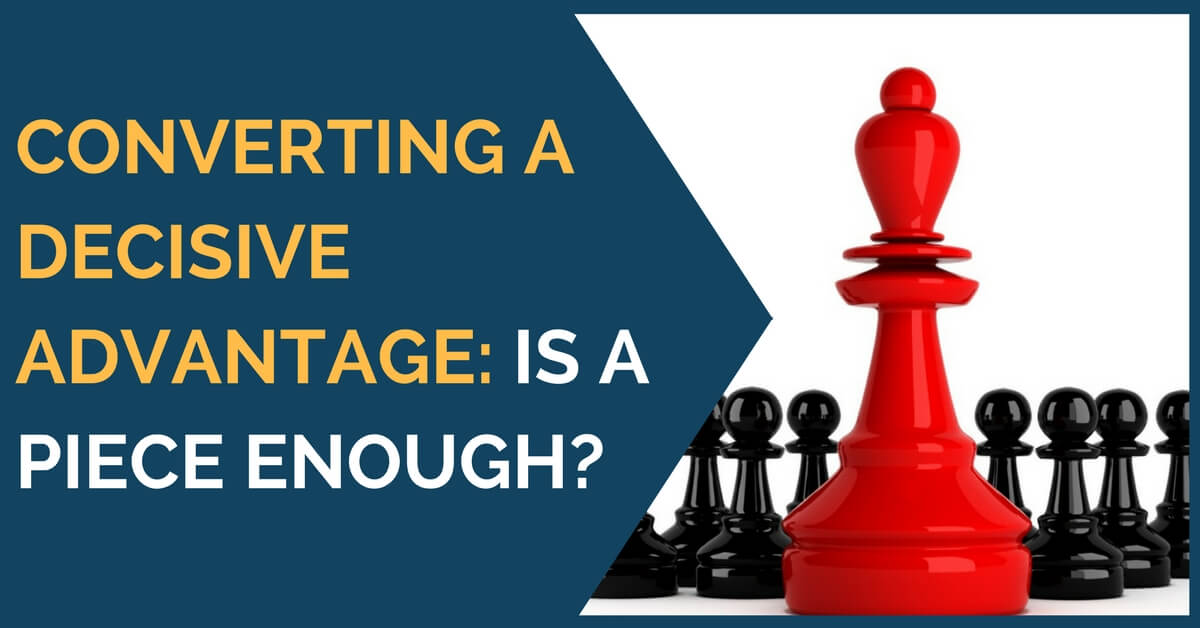 Excelling at technical chess is a quality rarely found below top-level chess. The ability to convert winning positions into a full point with certainty is something every player should work on until it is polished at a medium/high level. As you already can imagine, this is easier said than done and even Grandmasters struggle with this issue at times. In this article, we wanted to shed some light on an endgame that may seem easy at first sight but still takes a fair amount of work in order to bring home the full point.

As you already can imagine, this is easier said than done and even Grandmasters struggle with this issue at times.

In this article, we wanted to shed some light on an endgame that may seem easy at first sight but still takes a fair amount of work in order to bring home the full point.

This is the endgame in question: 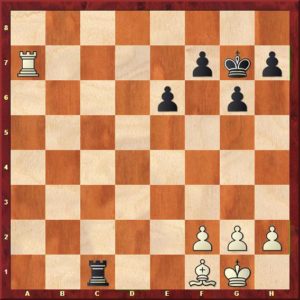 White is a piece up, but since there is very little material left on the board, he will have some difficulties to win this position. In such endgames we need to attack the opponent’s weakest spot; in this position that is the pawn on f7. However, the only way to do so is by bringing a bishop to e8 which is rather difficult and easy to prevent by black. White needs to advance his pawns carefully, the g and h pawns to be more precise. The risk is that in the process black is able to trade all the pawns and reach a theoretically drawn endgame.

Here is our first practical example: 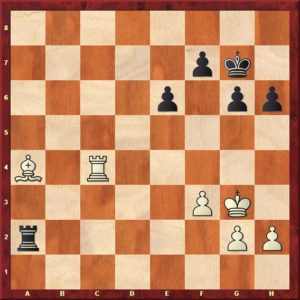 This was seen in the last Olympiad in Baku in the game between Grandmaster Anton Korobov (Ukraine) and Grandmaster Borisek (Slovenia). White has an ideal pawn structure and he went on to win faster (and easier) than he should have. We analyzed some details of this endgame here:

Things are as simple as in our first example and it seems that black could have defended better in the previous game. In our second example, we show how it is possible to draw. However, it takes a very stubborn defense: 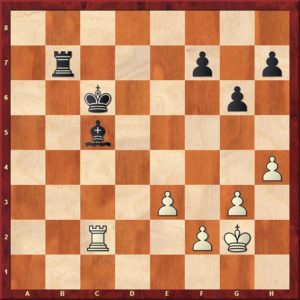 This position was played last year in the Dubai Open; the white player was Robert Ris, International Master from The Netherlands and with black was playing Grandmaster Sandro Mareco from Argentina, a very strong GM with more than 2600 ELO.

It seems that with the right pawn setup (e3-f2-g3-h4) it is very difficult for black to break white’s position. However, in the game, both players committed some errors and black missed many winning opportunities. See the game with the full analysis here:

It is hard to say with 100% certainty whether this is a technical win or if black can make a draw with correct play, but even against the best defensive setup, there are ways to make life complicated for the defensive side. In the next game played by two players, (now) Grandmasters from Spain, white demonstrated a tricky idea which is worth remembering for both purposes, to win and to defend. 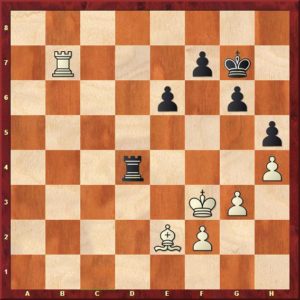 We found this position played by Alfonso Romero Holmes, Spanish Grandmaster author of several books and the GM (back-then IM) Felix Izeta. White managed to trick his opponent with an attack along the F file and the 4th rank; quite a clever idea, but it can be defended as the analysis shows. See the details here:

In conclusion, the drawing chances are apparently quite high in this endgame in which white is a piece up for just one pawn. Nevertheless, the endgame is complex and demands accuracy from the defensive side. It is useful to know the ideas shown above for both purposes – knowing what you should never allow and knowing the tricks you can set up in order to make your opponent’s defensive task more difficult. We hope you have enjoyed reading this article and learned something about this not so rare endgame!