Defective Pawns Structures in the Middlegame 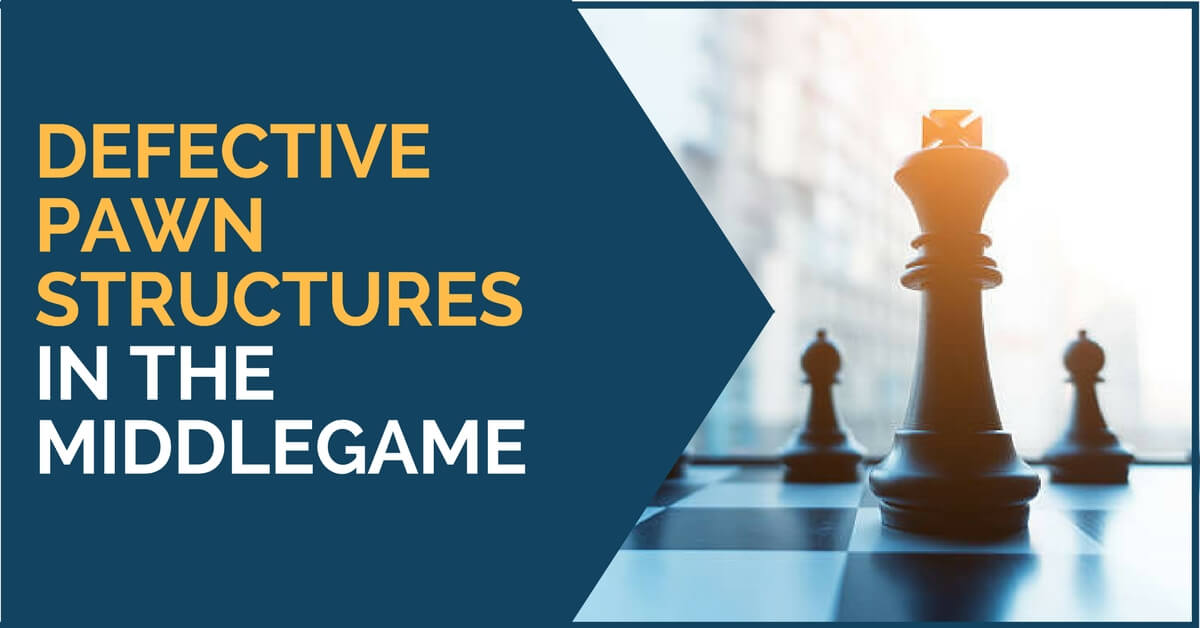 The pawn structure is probably one the elements that we need to pay more attention to during our games. It defines the character of the play, the direction of our attacks and the plans we have to make.

Pawn structures are the foundations that keep a position together. In this article, we are going to see a few middle game positions in which one side has a permanently ruined pawn configuration.

Needless to say that it is extremely difficult to defend in such situations.

Here is our first example: 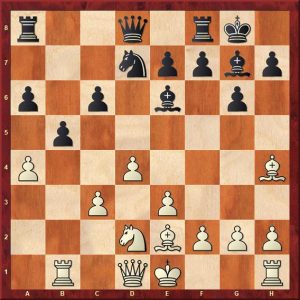 Black is trying to get some control over the light squares in the center, especially c4. If it was his turn he would play Nb6 with some counterplay. Here white played the interesting 15.c4!? Trying to split black’s pawns and after imprecise play from the Spanish Grandmaster, white obtained a clear advantage.

This is the position after move 20, see the diagram below: 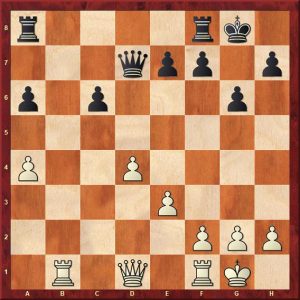 It is obvious that something has already gone wrong for black and now he will suffer for the rest of the game. See the game here:

Pawn structures are so important that sometimes even the slightest pawn weakness can be enough to make our position difficult to play. Here is one example from the Cuban top Grandmaster Leinier Dominguez: 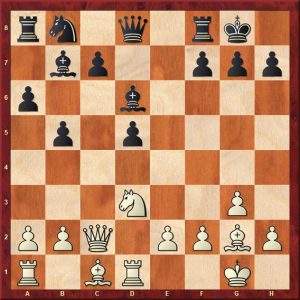 White has sacrificed a pawn in order to seize the initiative along the C file and put pressure on black’s central pawn. The compensation is clear. In the diagram above Dominguez went 13.Bf4! exchanging the defender of c7 and clearing the c1 square for the a1 rook. Black can’t afford to capture on f4 because then the knight would put more pressure on the d5 pawn. So the doubling pawns on d6/d5 are inevitable.

After a few more moves the players arrived at the following position: 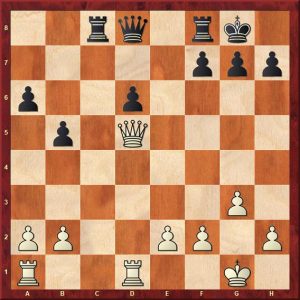 The material is even, the minor pieces have been traded off, but black’s defensive task is still very difficult because of the weak d6 pawn. You can see the rest of the game here:

To fully understand the importance of having pawn weaknesses you must acknowledge that when a pawn is weak, it is not only the pawn itself but also the squares in front of that pawn which become outposts for the enemy pieces.

Some pawn weaknesses are inevitable due to other factors of the position but sometimes they appear because our own negligence in the decisions we make over the board. For example, let’s have a look now at the following game by Aaron Nimzowitsch. 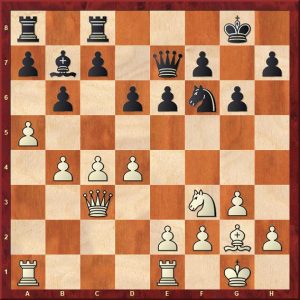 Maybe black was afraid of white playing a5-a6, fixing a potential weakness on a7 and making the bishop awkward, although that doesn’t look like a real problem for now because Be4 can be played anytime. However, he reacted badly to the move 16…a6?

And the damage to his pawn structure cannot be undone. It was better to stay quiet with a move like 16…Be4 or 16…Rcb8. See the full game here:

We hope that this article has made you realize that your pawn structure is one of the top elements to consider during your games. Every move you make that damages your pawn structure or allows your opponent to create weaknesses in your army should be seriously questioned and double-checked before playing it.

For experienced players this comes naturally; however, at lower levels, it is very common to find players putting the pawn structure on a second plan; we advise you to not do this!