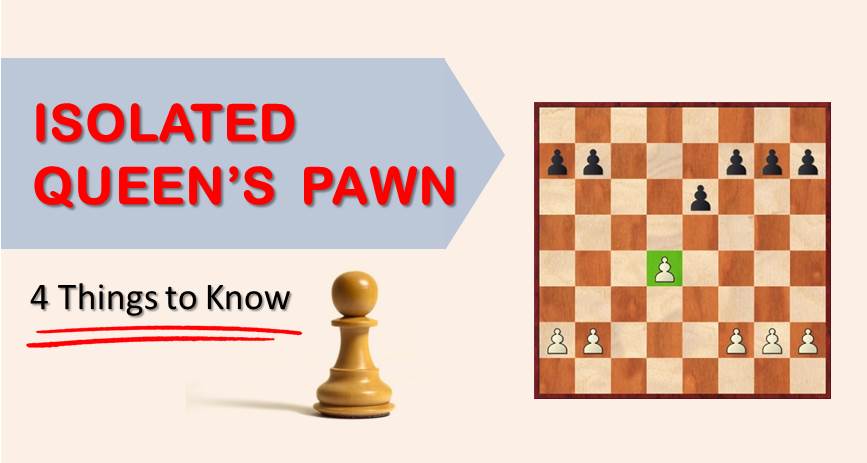 Positions in which an isolated central pawn appears are a common element in chess. In this article, we will look deeper into the advantages of this pawn structure and how to exploit them.

First of all, to know how to play these positions (no matter what side you’re on) we must understand certain concepts about the isolated queen’s pawn. 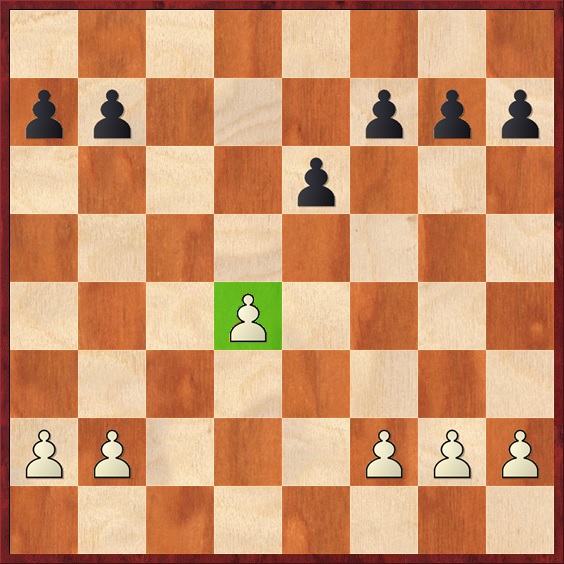 The answer is yes. By nature, this pawn is weak. However, in the majority of cases, this weakness is compensated by other aspects like: easier development, space advantage or slight initiative. It is important to understand that these factors are dynamic, which means that they can easily vanish into nothing.

2. Exchanges are not good for the side with the Isolated Queen’s Pawn.

This is one important rule. When playing with the IQP, you should avoid trading pieces. The more pieces on the board, the more chances you have to create active play in the middlegame.

The central rupture should be the ultimate goal for the side with the IQP. It could have two purposes: to liquidate the game with massive simplifications and equalize or unleash the initiative against the opponent’s king.

4. The defending side will try to blockade.

This is logic, considering note number 3. When playing against this pawn, it is important to control the square in front of the pawn. It is not so important to occupy it, but to have the advance d4-d5 (d5-d4) firmly under control.

From what openings is likely to get positions with IQP? If a player has a feeling for positions with the isolated central pawn he can adapt his opening repertoire in a way he’d be playing such positions most of the time. For example:

Three of the most popular responses to 1.e4 can be taken into IQP territory.

For the 1.d4 player, this can be a little more difficult. While most of the Queen’s Gambit lines, Queen’s gambit accepted can naturally lead to IQP, the most popular defenses like King’s Indian or Grunfeld will never take you there.

White pushes d4-d5, opening the lines, before black can even castle. This advance kept the black king in the center and led to a winning position in the game between Spassky and Avtonomov.

Another interesting idea for white is advancing his ”h” pawn in order to give extra support to his bishop on g5 before executing the rupture d4-d5. It was seen in the fantastic game between Ribli and Wells.

In this classic game of the World Champion Tigran Petrosian we can see what happens when the center disappears after the rupture d4-d5 is played. White’s superior piece play led to a win.

In conclusion, whether you play openings leading to this type of structure or not, you must know the basic concepts and positional grounds when a position with IQP arises. There are thousands of examples available. With this article we hope to have resumed the basic knowledge to guide you through this common pawn structure.

Note: Middlegames are no doubt a very important part of chess. If you want to improve your chess level, you need to have a clear study plan. If you aim for a dramatic improvement at chess you need to work on all of the elements of the game in a systematic way:

Thanks for your feedback, we have fixed it, give it a try.

Good topic, but please fix the games. For example in game 1 there is an error here that stops the game from playing correctly.

I beleive other games have similar problems, Thanks.

Good article, but in the game Spassky – Avtonomov the pgn reader stops after the move 12.d5; there’s a “18” instead of Nbxd5. Can you correct? Thanks.