Knight on The Rim is Not Always Dim! 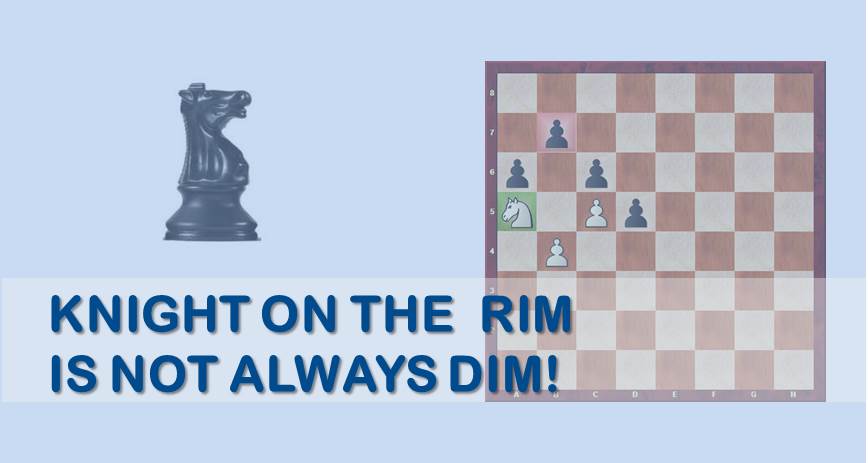 The truth in chess is often very relative. As beginners we are taught that the knights should be developed to the center where they control a greater number of squares; this is a fact. Another lesson we learned where we were starting to discover the insights of the game is that knights on the rim are dim, a saying meant to discourage us as kids or beginners to seek destinations for our knights on the edges of the board.

This is not very harmful for a chess player’s education, but it’s only half true. There are many examples in which a knight can be the most relevant piece in the battle precisely from one edge of the board. Recognizing each of those situations is one of the skills every player must develop and learn well in order to reach the maximum of his potential.

In this article we will have a look at a few positions where a knight is best placed on the rook(R) file. It is surprising how useful the squares R4/R5 can become in certain pawn structures. 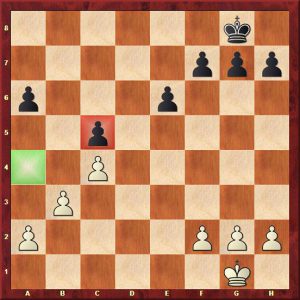 This pawn structure often arises in the Sicilian and French defenses. In general, it is useful for white to land a knight on the square a4 in order to exert long term pressure on the c5 pawn. The next example shows how this maneuver keeps black in a passive position. 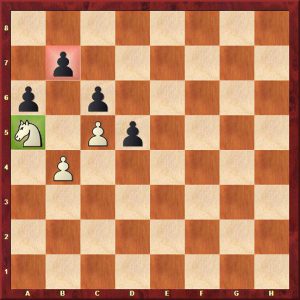 This setup is seen frequently in the queen’s pawn openings with either color; sometimes it can also arise in the French defense. This type of position is quite common and players with some experience will always try to use it if they are given the opportunity to do so.

There are several hundred games with this plan of putting pressure on the N7 pawn but we have selected the game between Smyslov and Kolarov from the Lugano Olympiad 1968 as our main example. See the game here:

In the endgame a knight on a5 is also quite annoying. Let’s take for example the game Suba-Gligoric in which white won in great positional style after reaching this position by move 24: 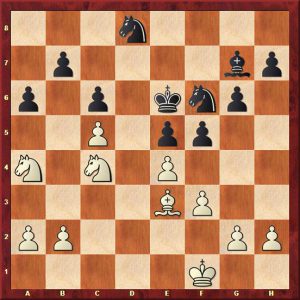 Here the Romanian GM Mihai Suba played with great precision 24.Bg5! eliminating a potentially active piece of his opponent and leaving him with a permanent problem – the defense of the b7 pawn. The endgame is very instructive.

Structure 3: On the attack – French structures 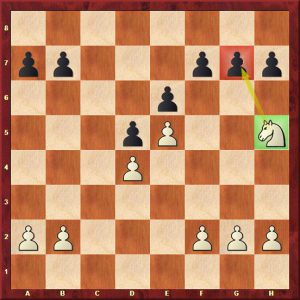 The diagram above shows a common scenario in the French defense. In such positions white’s main idea is to attack the black king, often found in the center or short castled, while black tries to create counterplay on the opposite wing and along the C file. From white’s point of view, he first needs to create weaknesses on black’s kingside. This is usually done by bringing the knight all the way to h5 in order to force some weakening or major concession from black.

An example of this was seen in the game Azarov – Salinas, Millionaire Chess Open. 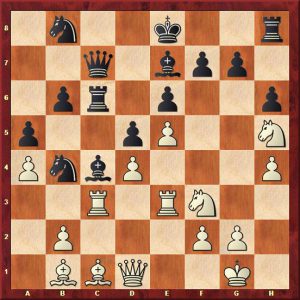 Position after 19.Nh5! Black seems to be under a lot of pressure already. He tried to defend without weakening by playing 19…Kf8, but suddenly white’s attack became too strong after 20.Nd2! with the idea of Qg4. See how it went here:

We hope our readers have enjoyed this article and learned how useful the knights can sometimes be when placed on the edge of the board. The influence they have in the opponent’s position is the key to evaluate whether it is worth or not to bring a knight to the rim. Thank you for reading and feel free to leave any feedback!