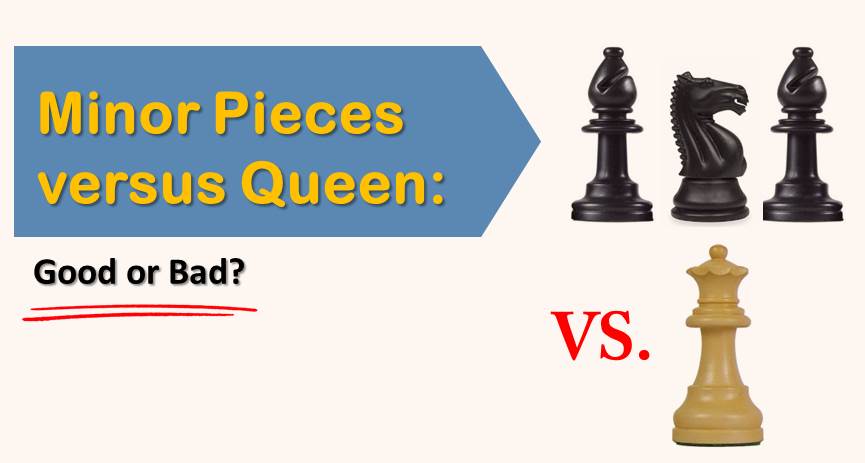 In this article, we are going to discuss the true value of the pieces. The basic scale value for each piece is clear for every chess player; the queen is the highest-rated piece, then rooks, bishops or knights, and so on. However, as we all should know, the true value of pieces is given by the importance they have over the board.

A passive rook is often worse than a centralized knight or than a bishop in a powerful diagonal. A different case is when the queen is involved in these material imbalances. Most chess aficionados are reluctant to sacrifice their queen for less valued pieces but there are situations in which this is not only an interesting option, but also the best way to meet the demands of the position. We believe one of the key elements to evaluate correctly the resulting position after a queen sacrifice is the piece coordination you get in return after you have sacrificed the queen.

Basically, this means if your pieces are active enough. Another and no less important element is structure, the skeleton of your position. For example if your pawn structure and especially the pawns around your king are rock solid and your opponent has no ruptures, this means your pieces can play freely creating threats without having to worry about your king’s safety. This is important because it is undeniable that the queen is the most powerful piece in the attack.

The most common queen sacrifices are as follows:

In order to fight blunders, find the right plan in complex positions and improve your positional and tactical vision we recommend you tosign up for our comprehensive training course. Hundreds of chess players already benefited from our training . Don’t wait, start winning chess games today.

Let’s have a look now at a few examples of material imbalance and let’s start with a classical one by the extraordinary David Bronstein: 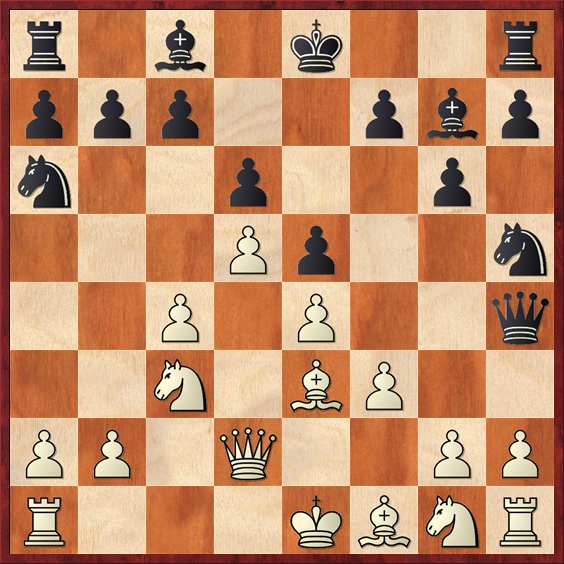 As Bronstein himself wrote: “After 8…Qh4+ I was convinced Spassky had to play 9.Bf2 or 9.Qf2” but Spassky went 9.g3 and Bronstein responded with 9…Nxg3! 10.Qf2 Nxf1 11.Qxh4 Nxe3. Black has two minor pieces and two pawns (he will pick up c4 too) for his queen, but the poor coordination of white’s pieces, weak king, and shattered structure give black a wonderful compensation. Bronstein later lost the game but the sacrifice was not proven to be incorrect. See the whole game here:

A queen sacrifice for three minor pieces in the Grunfeld 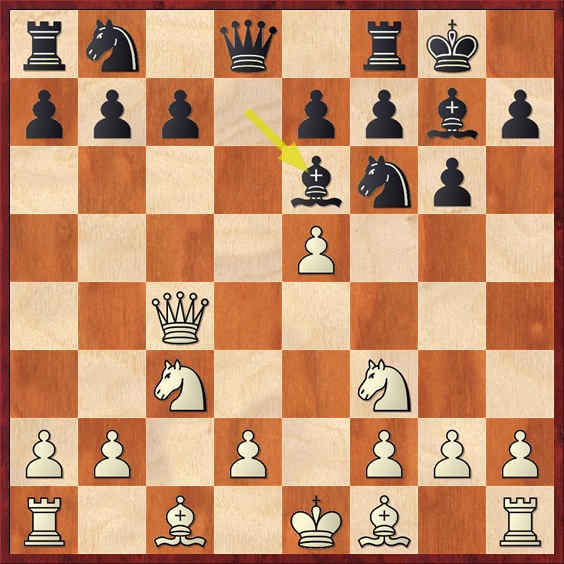 This is a typical scenario in the Moscow variation of the Grunfeld Defense (5.Qb3). Black has just played 8…Be6 attacking the white queen and also securing the d5 square for his knight in case white goes away with his queen. However, this doesn’t happen, as white can now take on f6 and take on g7 with tempo obtaining three minor pieces for his queen. See more details of this imbalanced fight in the following game: 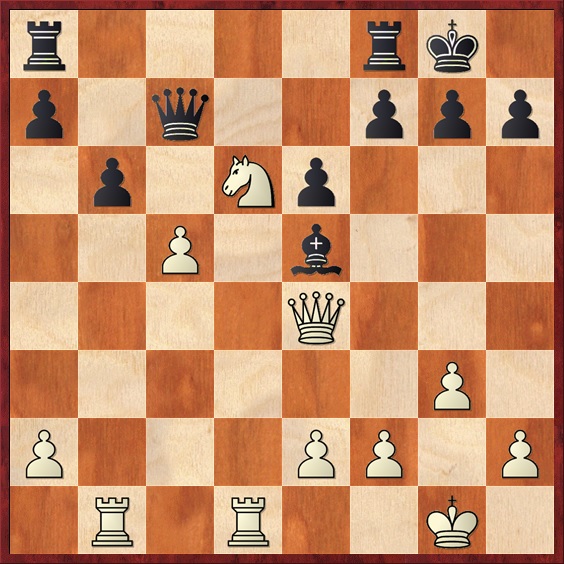 In the position of the diagram above it looks like white is putting black under big pressure, attacking the black bishop on e5. If black retreats to f6 then just playing c6 will cause black a lot of trouble. Same would be the case of Bxd6; after cxd6 white obtains a powerful passed pawn. So what to do as black? Well, here black has the great resource Qxc5! And after Rb5 or Rbc1 he can simply take on d6 and then on c5 with a pawn and he will have two pieces for his queen. However, because of black’s solid pawn structure white is unable to break through.

In the Maroczy setups 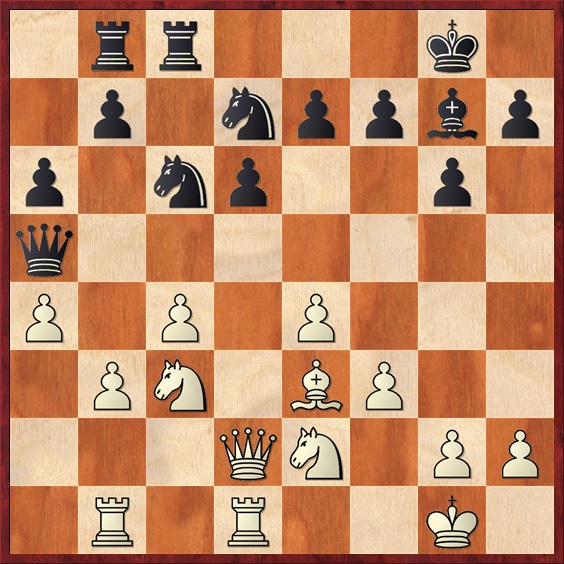 Here we have a typical Maroczy type of position. Theoretically, black could play Qd8 anticipating b4 or Kf8 defending e7 against a possible Nd5. However, there is one trickier move he can try and that is Nc5!? If white is now tempted to win a piece by b4 Nxb4 Nd5 he’s got a surprise coming with Nxd5! Qxa5 Nxe3! With fantastic play for black as occurred in the game we analyze below. This idea can happen in other Maroczy positions as well.

There are many more examples on this subject but with this we conclude our article and we hope our readers won’t look at the queen in the same way and will pay more attention to the function the pieces have over the board. Thanks for reading and good luck!