But does this mean that it is better to not have a passed pawn in the middlegame? Well, sometimes a passed pawn is a strength and sometimes it is a weakness. In this article, I would like to illustrate both cases. In the position from the diagram, Kasparov played 16.d5! Sacrificing a pawn on c3 just to get a passed pawn. Soon it will be supported by the bishop from g5, the queen from a4, and the rooks from d- and e-files. So we see that the road for the pawn is quite clear and actually, Black’s pieces aren’t well coordinated to handle the power of the pawn. 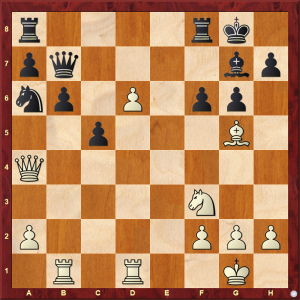 When a pawn approaches the final rank it is a good sign to start looking for tactical possibilities. We saw that in Kasparov’s game and now let’s take a look at a brilliant game played by another chess legend Alexander Morozevich. 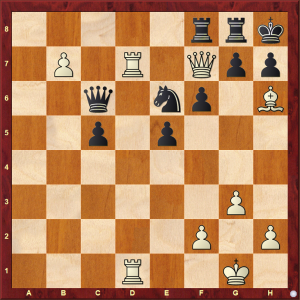 Now let’s take a look at the position where a passed pawn turned into a target itself. The main thing we should pay attention to is the placement of the pieces. Here we see that Black’s army is ready to enter the game while White’s pieces can’t support the pawn’s march as it was in Kasparov’s game. 18…Nxb3! White starts by eliminating the main defender of the pawn. 19.Qxb3 Qd6 Even though it is better to block pawns with minor pieces, here nobody can attack the queen anyway. 20.h3 Rc5 21.Re5 Rd8 The pawn is surrounded and can’t be protected; Black captured it and later won the game.

In the next example, White had a passed pawn which also was an extra pawn. This sounds like a dream scenario but in reality, it is a dream position for Black. All of their pieces are well-placed and looking at the direction of the White’s king; while White’s pieces are somewhat cramped and don’t do anything.

The extra pawn is even blocking the way for its partners and allows Black to place their pieces comfortably. Engines say that Black’s position is already winning. 16…h5! This pawn is much more dangerous than White’s central passer! 17.Nf1 h4 18.Bd2 Qe7 19.Be1 Qe5 20.Qa4 Qg5… and soon Black won the game. Note also, that if the pawn was on d4 Black’s pieces would be more restricted and that queen maneuver wouldn’t be possible. Advanced pawns give up control over some important squares and this is a big drawback.

Thus we can say that past pawns are good team players. If supported by others they can achieve anything. Otherwise… Well, you know what happens.