Positional Sacrifice According to Mikhail Botvinnik 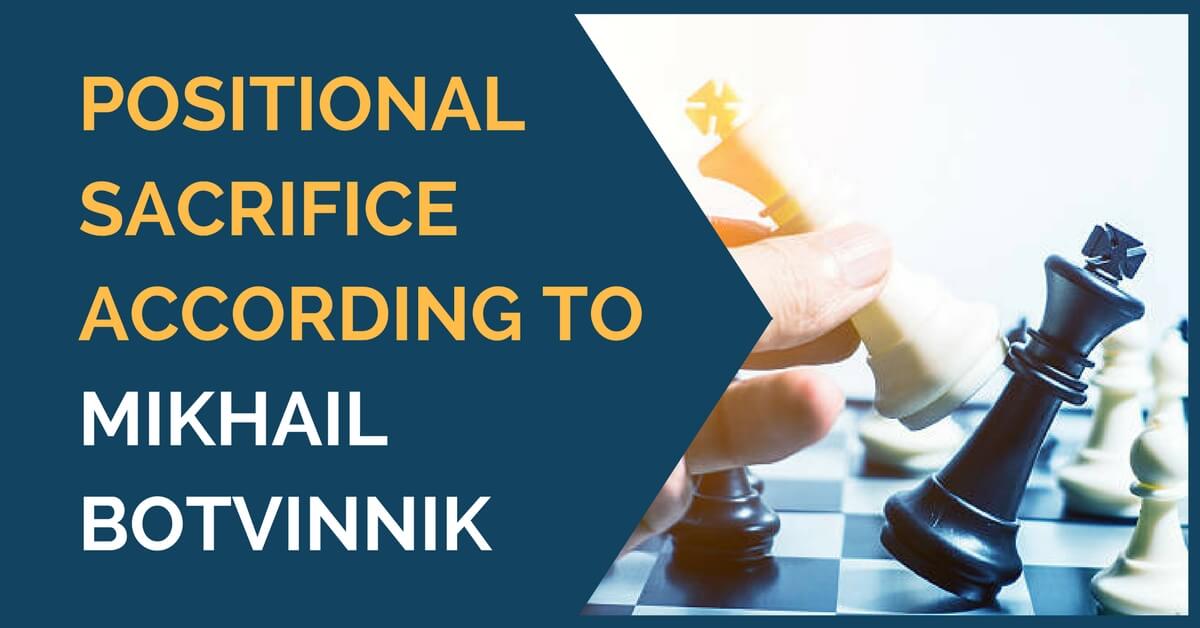 Another important figure of the classical chess is former World Champion Mikhail Botvinnik. He was born in the Soviet Union, in a region of what is now Saint Petersburg. He learned chess at the age of twelve, from a school friend of his older brother’s and fell in love with the game immediately. The first success came one year later, in 1924, when he won his school’s championship. In 1925 he beat the World Champion Jose Raul Capablanca in a simultaneous exhibition that was held during the Moscow tournament.

In 1931, at the age of 20, Botvinnik became the Soviet Champion and repeated this achievement for five more times during his chess career. His contention to the World title started in 1938 when he received support from the Soviet officials to challenge Alekhine. However, the match had to be postponed because of the start of the World War II. A second try to arrange the match in 1946 was also put to an end by Alekhine’s death. Consequently, a tournament between five players was arranged in 1948 in order to determine the new World Champion. He won it convincingly, with 14 out of 20 points, three points ahead of the second-placed Vasily Smyslov.

Although he kept his World Championship title for most of 1948 to 1963 (except 1957-1958 and 1960-1961), chess was not his only career. He was an electrical engineer and computer scientist and applied his knowledge in chess, being a pioneer in computer chess. He is also known for his training style that he later on used in his own chess school.

He was known to have a rather narrow opening repertoire and focused on understanding the resulting positions better than his rivals rather than rely on tactical tricks that could only be used once. He showed the importance of annotating one’s games and studying other strong players’ ones. Besides the chess training, he was also an adept of physical training – something that many top players apply nowadays. He was trying to recreate the atmosphere of the tournament in his own trainings.

He was trying to recreate the atmosphere of the tournament in his own training. For example, after performing below the expectations in the 1940 USSR Championship because, as he said, he couldn’t concentrate in a party-like atmosphere, filled with noise and tobacco, he decided to train in such an atmosphere for his next tournament. His second, Ragozin, arranged for him to play training matches in rooms filled with smoke and noise; he even slept in the playing hall without opening the windows.

He was a universal player and sought tense positions with chances for both sides. In this article, we are going to talk about his strategic style and his ability to slowly increase the pressure and complicate the fight. He often used the positional sacrifices; his purpose was not an immediate win, but a long lasting advantage that will give him the upper hand.

Take a look at the following diagram: 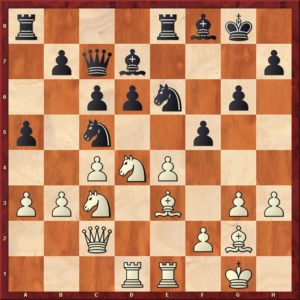 Black has just played 29…f5, hoping to complicate matters. However, he probably missed white’s idea; Botvinnik continued with 30. Nxf5! gaining only two pawns for the knight, but most importantly an overwhelming space advantage. White’s next moves come naturally and black soon found himself in a hopeless position.

The next idea might look familiar to most of you: 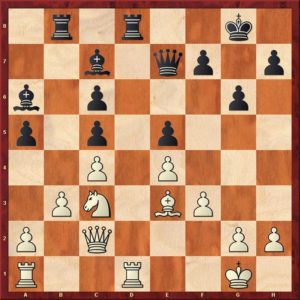 Black is slightly worse because of his bad structure; staying passive will give white time to coordinate an attack on his weaknesses. Hence, he decides to mud the waters with 25…Rd4!?, an interesting idea that turned out to work fine for black. Check it out: 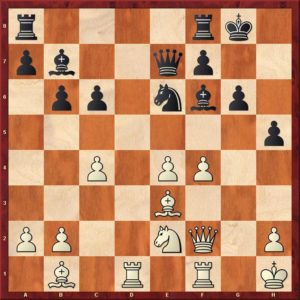 White has a better position and he could probably increase his advantage after a move like 21.f5. However, Botvinnik decided to continue with 22.e5!?, having in mind another interesting exchange sacrifice on the square d5. Unfortunately, the game ended in a loss for white after failing to find the win in a much better position. See the game below: