The Importance of Creating Outposts 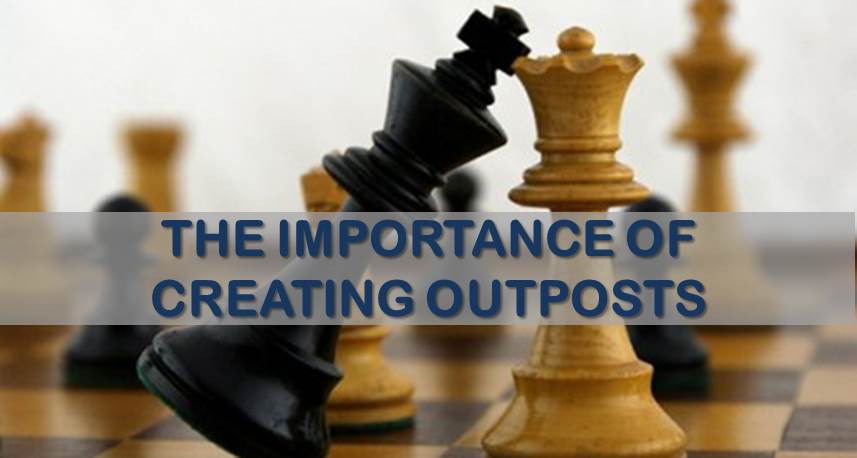 A very important concept to understand and dominate very well is the concept of “outpost”. Every player who wishes to improve his level must recognize the outposts in the position right away and of course, make the best to exploit this element to his advantage.

An outpost is any square that’s beyond your 4th rank to the 7th, that cannot be attacked by an enemy pawn and that you can use to your benefit by placing a piece in that square. Usually the strongest piece is a knight, as it controls more squares inside the enemy’s territory.

We should also mention that the most effective outposts are those in the central files, C,D,E,F for obvious reasons. For example, a knight on e6 or on d6 is much more annoying to your opponent than a knight on a6. Nevertheless, everything is relative in chess, so the real value of your outpost will be determined only by the influence it has on the position, not necessarily by the location.

Here is one clear example: 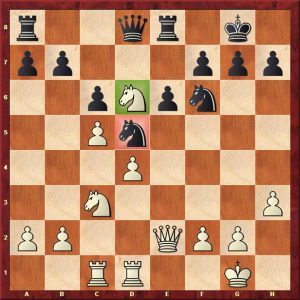 How to create an outpost?

During the game both sides fight for the same. After every pawn move there is usually a weak square left, defended only by pieces. The task is to eliminate those pieces in order to occupy that weak square with one of your pieces later on. Another possible way to do this is by forcing the advance of your opponent’s pawns.

This can be done by exchanges or by pawn attacks; the advance of your opponent’s pawns leave weakness that can be exploited.

The positive side of having a piece that can’t be attacked by your opponent is obvious – it exerts permanent pressure on your opponent’s camp and he can’t get rid of it. Controlling an outpost not only helps on the attack, but it can also serve to block your opponent’s open files.

Before we move on to the examples, there is one thing our readers must take into account – an outpost is just a means to an end, not the goal itself. It will only be good if it harms the opponent’s position; if not, it’s irrelevant.

Let’s see now some examples in which the element we are studying took place at some point. We will see some positions in which one side used the outpost to his advantage and others where it wasn’t so effective. Study them closely and see the difference. 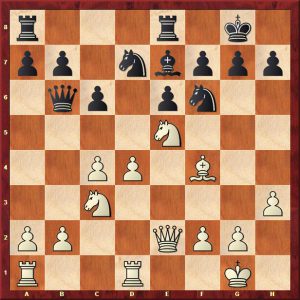 We have a typical structure that arises from the Scandinavian or Caro Kann defenses. White has more space with pawns on c4 and d4, but black is standing solid. White can now take advantage of black’s last move and create a nice outpost for on d6. See the full game below: 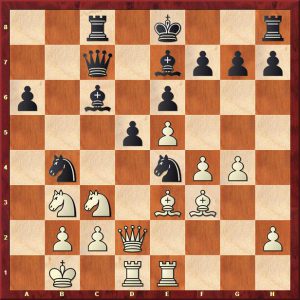 In a complex Sicilian both sides are fighting for the initiative. Black has managed to play the thematic rupture d6-d5 followed by Ne4. When playing this game I immediately recognized the forced sequence that allows white to win a pawn but, most important, create an outpost on d6 which serves for both attack and defense. 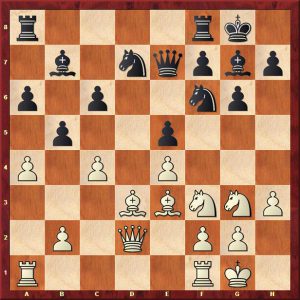 This position arose from a Pirc defense. Black is hoping to organize his pieces towards the center by Rfe8 (d8), Nc5 (f8), Ne6 and so on. White can now seize the initiative creating weaknesses in black’s territory. 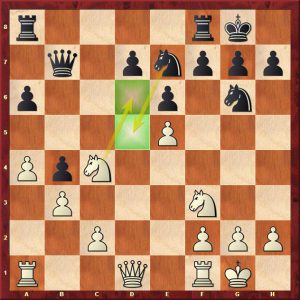 This position is quite interesting. Both sides have what they want – white managed to trade the dark squared bishops and guarantee a knight on d6, but black has also secured the square d5 for his knight. The pawn on b4 makes it impossible for white to play c4. As we can see in this game the arrival of the white knight to d6 is not particularly dangerous for black.