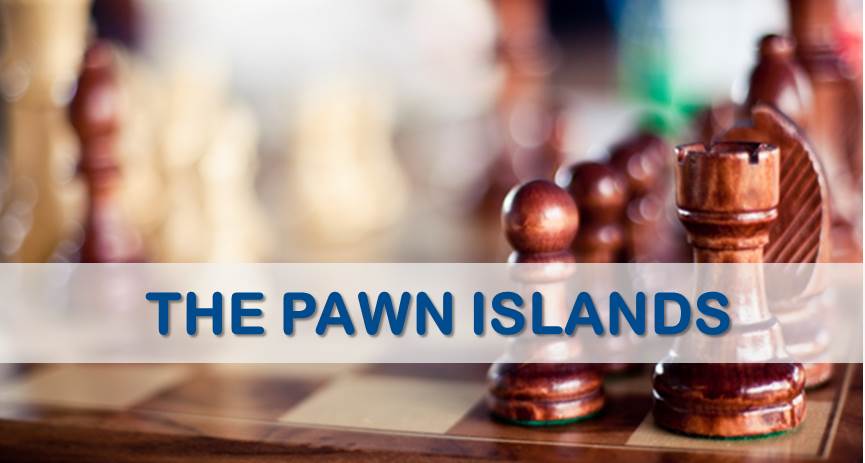 One of the fundamental elements in the game of chess is the pawn structure on the board. Every player who wishes to succeed in achieving a higher level needs to have a good understanding of when a pawn structure is ‘weak’, ‘strong’, or irrelevant to the position. In the Grandmasters games, we can see how they pay a lot of attention to their pawn structure.

Whenever they can create weak pawns to the opponent by means of exchanges, they don’t hesitate. In this article we will be looking at some positions where one side has a defective pawn structure and we will see how it can be exploited. Specifically we will examine the concept of ”pawn islands”. In chess, this term refers to pawns that are separated by one or more columns. Pawn islands are considered to be weaknesses; the player with more pawn islands has the weaker structure. For example, see the next diagram: 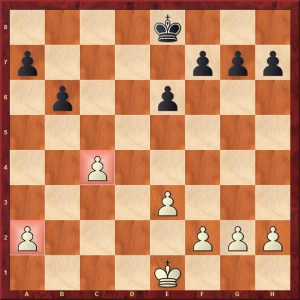 White has 3 pawn islands and therefore his pawns on the queen-side separated by one column are weaknesses.

Before we continue, it is very important to make it clear that the pawn structure itself is just another element of great importance in the position, but every position has its own character and a bad structure can be compensated by having a strong attack, the bishop pair or simply having the initiative. Here is one example from one of my own games: 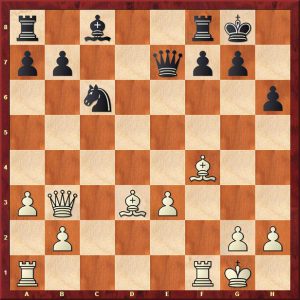 The position above happened in the game Gomez,M – Castellanos,R. I went into this position as black, placing my hopes on exploiting my opponent’s weak e3 pawn. A superficial thinking, since here with the bishop pair in an open position plus the F file open white’s advantage is undisputable. In the end and managed to make a draw, but it wasn’t without suffering. So, beware of the dynamics of each position. The pawn structure is an element of great importance, but it’s best to take into consideration the global picture and the dynamics of each position.

Very often pawn islands are isolated pawns in different areas of the board. When a pawn is isolated, it is not only a weakness itself, but also the square in front of that pawn becomes a strong outpost for the opponent’s pieces. For example, in the 1st diagram, that square would be ”c5”.

Let’s have a look now at some examples of positions with two or more pawn islands.

Our first example is a game between two top Grandmasters – Kasimdzhanov,R as white against Spain’s number one player Francisco Vallejo Pons. It was quite an interesting game in which black did not manage to create sufficient counterplay and after a couple of imprecise moves ended up with a clearly worse pawn structure. The way Kasimdzhanov converted his advantage into a full point is very instructive. See the details here:

The second example was played by the great Judit Polgar as white against the Brazilian Grandmaster Gilberto Milos in Sao Paulo 1996. It’s highly instructive how white managed to split black’s pawn structure and create permanent weaknesses in black’s camp.

Our last example shows a very technical win by Alexey Dreev against Sergei Movsesian. Black emerged out of the opening slightly worse due to his doubled pawns and failed to compensate this weakness with piece activity, despite the efforts. White’s play of fixing and attacking the weaknesses is highly instructive and shows how one should play this types of positions.

We hope that with this article our readers have learned more about something so basic and important as keeping a healthy pawn structure. In the examples shown above we can see how to exploit the advantages of having a superior pawn formation.

Ready to start winning games with The Pawn Islands? Check out our store and articles: