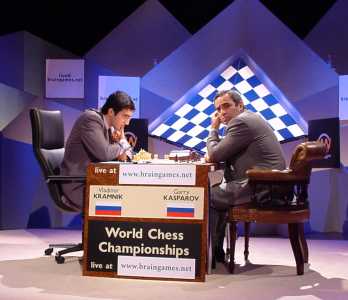 Here is another cool article written by the WGM Natalia Pogonina, where she continues the nemeses and customers theory and talks about three basic chess characters as Positional, Tactical and.. Calculator. Natalia also analyzes her game against 2448 FIDE rated WFM (!?).

One of the reasons behind the “nemeses and customers” theory is that each chess player has his own style. It reminds me of the “Rock, Paper, Scissors” game where there is no one dominant item.

The main three chess characters are:
• Positional guy. A solid player with a great positional understanding. Maneuvering, finding the right spots for his pieces, creating minor weaknesses – that is his cup of coffee. Unless he blunders something, you will most probably end up being strangled by his powerful chess grasp. Example: Kramnik.
• Tactical guy. Hot, impatient, “attack-attack-attack.” He likes sacrifices, open positions with lots of tactical shots in the air, double-edged games. Always aims for the king, often succeeds, sometimes ends up in a wrecked position and down material. Example: Chigorin.
• Calculator. A universal player who is a nerveless killer trying to find the best move in every position. He sees very many moves ahead and uses this to his advantage. Traps, tricky combinations, unpredictable moves. Oops, where did your knight go? The only problem for such people is that they are not chess engines. They still make mistakes, their calculations are not always perfect. Example: Kasparov

When people of the same style collide, the more skillful one usually wins. However, if they play differently, a lot depends on psychology and cunning. For instance, in the 2000 London World Championship match Kramnik managed to lure Kasparov with Black into relatively dull Berlin endgames where Kramnik felt like a fish in water. Kasparov was getting frustrated by not being able to win a single game, but was too proud to admit it and choose a different opening. Sounds very simple, but this was one of the main reasons why Garry, probably the greatest chess player ever, lost his crown!
Therefore, it is very important to dictate the game, put pressure on your opponent and make him/her play the type of positions you like. That is a very serious advantage!
Example 1
A young NM is playing with White against a wizened A-class grandpa. He is anxious to finish the game as quickly as possible. Nonetheless, the old man is fighting back: his position is a bit worse, but very solid. The youngster gets excited about a kingside attack and offers a piece sacrifice. What a surprise – his opponent declines it and offers the young man an endgame with a slight advantage. The NM is angry (“how dare he keep struggling?”), so he is starting to play carelessly. On the contrary, the more experienced old player is playing calmly and taking advantage of his partner’s mistakes. The game ends in a win for Black. The NM storms out of the room muttering “what a lucky patzer, he can’t even calculate three moves ahead!”
Example 2
The young man learnt his lesson well. Next time he was facing a positional player with Black. Being under pressure all game long, he kept waiting for a chance to spice up the game. Suddenly, instead of trying to hold a “draw-or-lose” endgame, he sacrificed a pawn to gain the initiative. Objectively speaking, White had excellent winning chances. However, it was hard for him to switch gears and play aggressively. In a few moves White found himself in time trouble, blundered a smart tactical shot from his opponent, and resigned.
You can recall many such stories yourself if you have played in chess tournaments. Now back to the Russian Superfinal’09. In round 7 I was facing WFM (yes, some people don’t like applying for titles!) Valentina Gunina rated 2448 FIDE. I am friends with this gifted young tactical player, but that doesn’t keep us from fighting like ultimate enemies when it comes to chess. In our game Valya had a big advantage after the opening, but then lost most of it when I suddenly changed the course of the game by offering a pawn: 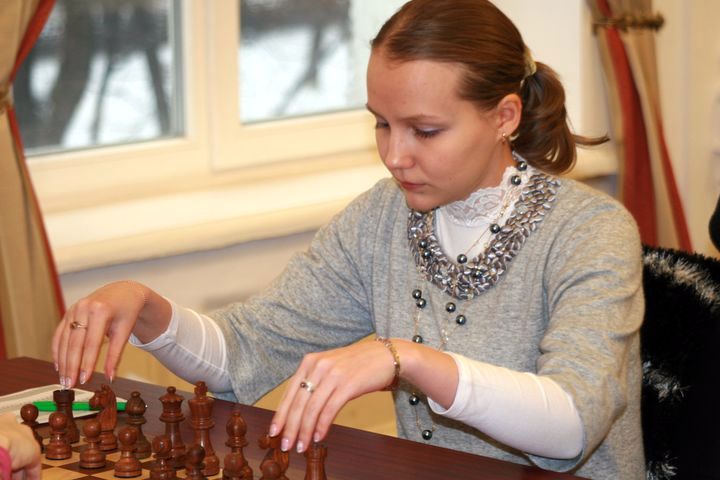 Reviewing your own and your opponents’ games will help you determine what your and their styles are, and act correspondingly. Never miss a chance to change the course of the game in your favor, always try to “drag the blanket to your side,” and you will see a substantial increase in your playing strength!